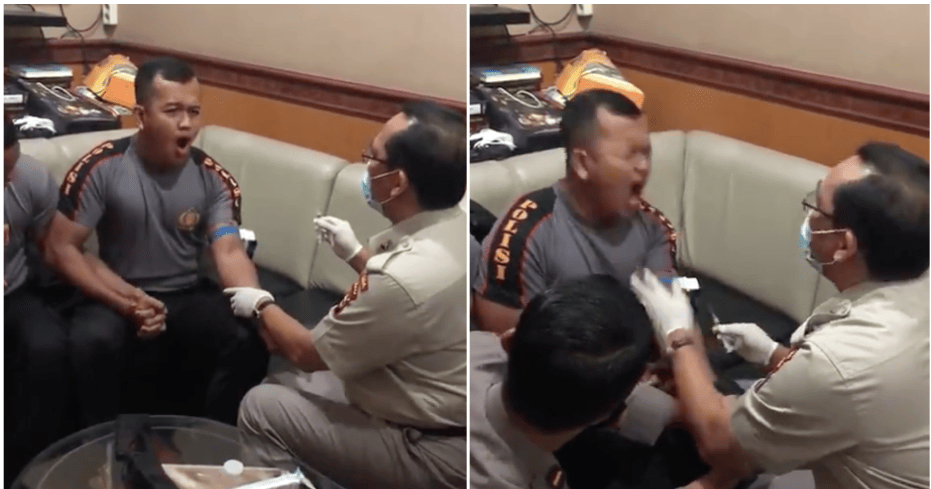 We hate to admit it but most of us will have that one thing we are scared of. Be it spiders or going to the dentist, we squirm at the thought of facing our fears. But sometimes, it is something that we just need to do.

A funny video of an officer of some sort has gone viral as he tries so hard to overcome his fear of needles. We are unsure the nature of the jab that he had to take in the video, but we can assume that it is something compulsory for him to do.

They say your best friends are the ones who laugh at you and from the video we can hear a lot of his friends making fun of him. However, he has one true friend who was sitting beside him, holding his hand tightly throughout the whole experience. We can also see him giving himself a pep talk although he knew he had Trypanophobia, the extreme fear of needles.

Yes, the video is funny but hats off to the officer because he was willing to face his extreme fear. Sometimes when the situation begs us to be brave, we just need to suck it up and take it like a warrior! 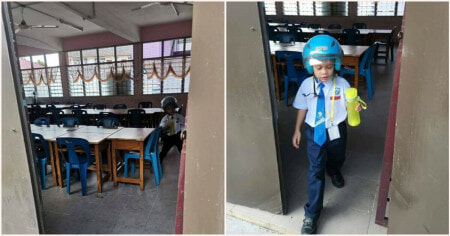