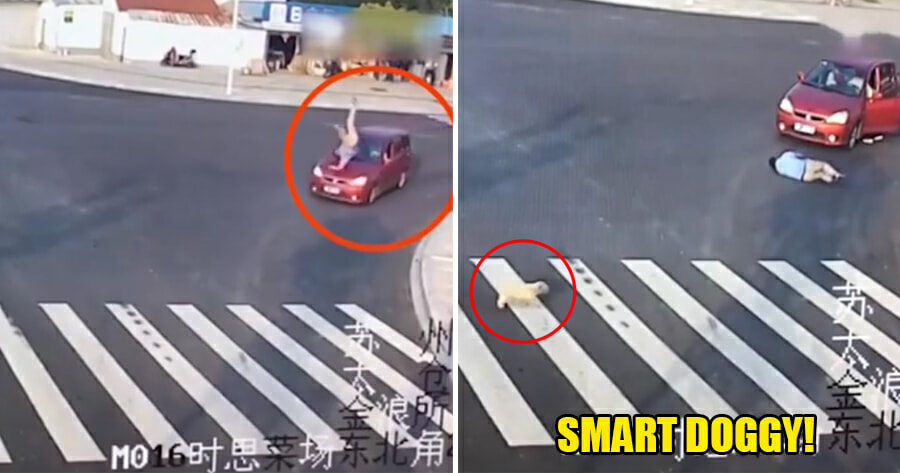 Sometimes I think animals have more common sense than humans.

A little doggy from China recently went viral after a video captured it using a zebra crossing instead of jaywalking across the road on 7th September in Jiangsu, China.

This was because the puppy had just witnessed a man being hit by a car as he was trying to cross the road at an intersection.

While this may be a normal sight in Malaysia, jaywalking is actually illegal in other countries (it’s illegal here too btw). And even though Malaysian roads have zebra crossings, most Malaysians usually cross the road whenever they want and wherever they want. 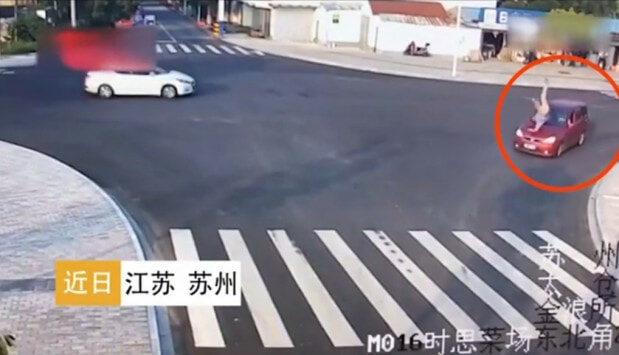 Well, this was probably what the man in the video did, but just as he stepped off the platform to cross the intersection, a car approaches and knocks him off his feet. According to reports from China, the driver did not expect someone to openly walk out on the road, and hit the man as he couldn’t brake in time.

The jaywalker wasn’t hit so hard that he went flying across the road, but it was hard enough for him to be tossed upside down in the air, hitting the car’s windshield before falling heavily to the ground.

Just as this happened, a puppy came onto the scene and witnessed the accident. It was about to cross the road as well, but hesitated for a moment and walked over to the zebra crossing. 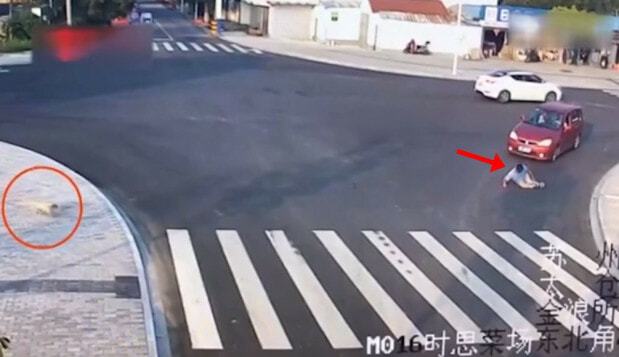 It sat there and waited for a while for oncoming traffic to clear, and only when several motorcycles passed did the puppy get up to walk across the road using the zebra crossing.

It reached the other side safely while the jaywalker was seen still sitting on the road, wincing in pain as he rubbed his back. 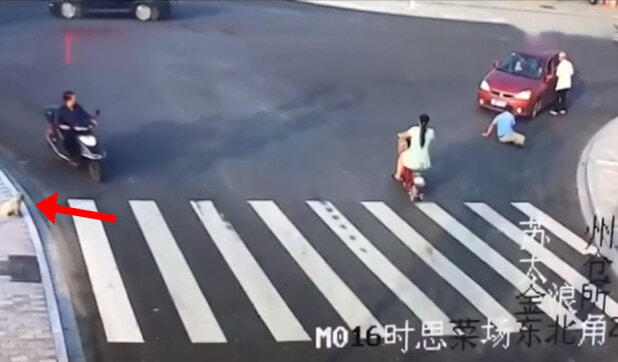 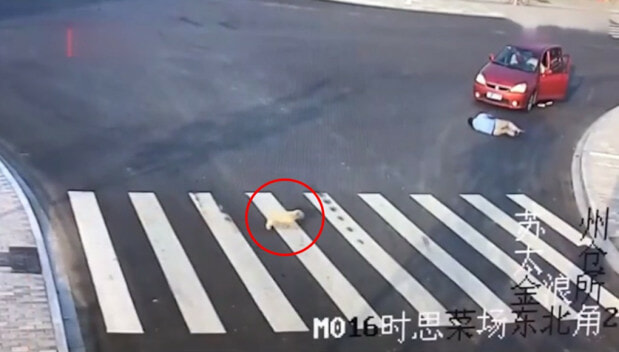 Netizens couldn’t help but be amazed at the puppy’s behaviour, despite what happened to the jaywalker.

“Even a dog knows how to wait before crossing the road!” a netizen said.

“Look at that, even a dog is smarter than him!” another netizen said.

I wonder who taught the puppy to use a zebra crossing. Maybe the jaywalker ought to learn a thing or two from the smart puppy.

Also read: This Little Doggy is So Brave, It Barked at Kidnapper & Saved Its Owner but Dies From Injuries 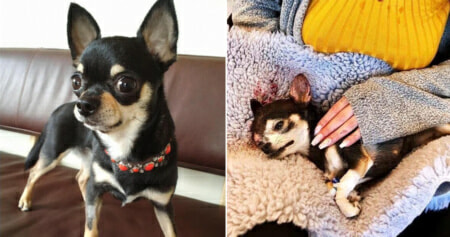