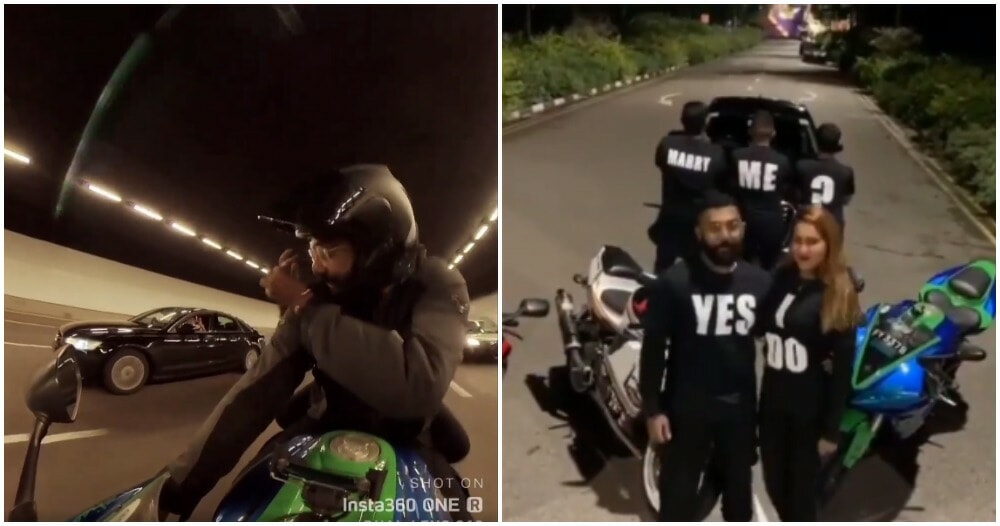 When it comes to marriage proposals, people are getting more and more creative and that includes this biker from Singapore.

On 29 August, Hasan Rahman who is an IT Support Associate in Amazon planned a romantic date with his girlfriend. He told her that it was going to be a day full of surprises. He brought her to a bouncy trampoline to have some quality fun time and went for their usual dinner after that. As he is a biker, he then suggested that they go for a little ride after dinner.

The video was initially posted on Hasan’s Facebook page here.

Moving on to the actual video, Hasan was taking his girlfriend on a ride and then his friends showed up in front of them with custom made hoodies. There were three of them and each of them had a hoodie with one word each, “Marry me?”. 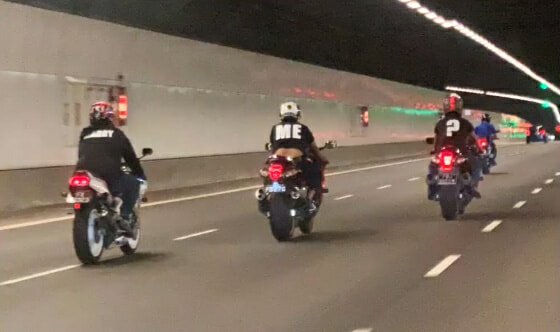 Hasan then asked his girlfriend to look in front and after realising the question, she put her head on his back in shyness. There was a car next to them with a camera crew which was recording the whole thing. Hasan then pulled out the ring from his jacket and his girlfriend let him put it on her ring finger. 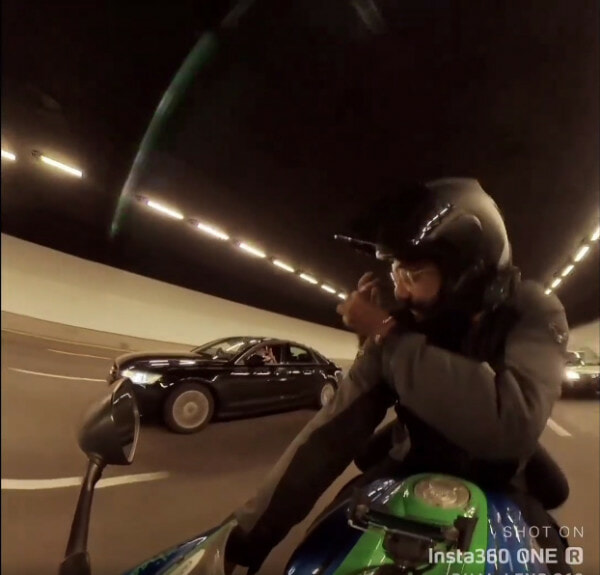 In the caption, Hasan revealed that 29 August was supposed to be their wedding day but it got cancelled because of Covid-19.

“Now, this day is not our “supposed to be wedding day” anymore. But instead, a biker style proposal that we will remember for the rest of our lives. “

Hasan told WORLD OF BUZZ that all the preparation for the proposal took almost two weeks to complete and he couldn’t have done it without his friends help. In fact, his friend Vinod was the one who did most of the planning so Hasan’s fiance would not suspect anything.

When asked about how he and his fiance met, he said that they met through a mutual friend and immediately clicked on their first date. After that, it just felt natural for them to take their relationship to the next step. 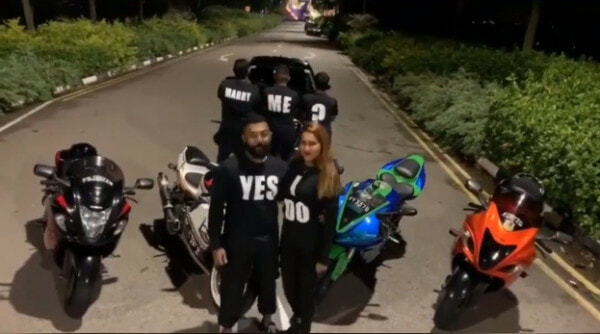 As Hasan’s fiance is a Malaysian, they are still waiting for the borders to reopen so that she can go fetch the documents that she needs to register their marriage.

As for couples who have had their marriage plans disrupted by Covid-19, Hasan says,

“Don’t let yourselves be disheartened from all the negativity. Instead, use this chance to make your love stronger, make more sweet memories and plan out your future.”

This is definitely a very sweet story! We wish you guys a happy marriage!

Also read: Watch: Badass Bride in Pink Saree Leads Motorcycle Convoy to Her Own Wedding on a Kawasaki 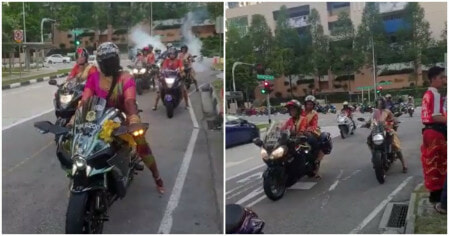