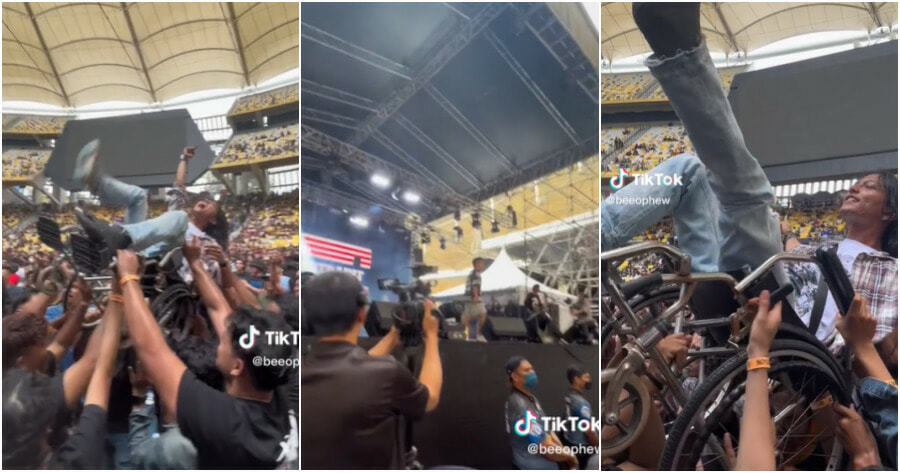 Members of our differently-abled (OKU) community has done some amazing things despite their obvious obstacles! From learning how to learning recipes via YouTube, and turning it into a business, to shining on the international stage.

Just because you are differently-abled doesn’t mean that you can’t party as hard and enjoy things just like everyone else!

In case you’re unaware, the Rock The World 20th Anniversary concert was held over the weekend  (December 3) at Stadium Bukit Jalil where rock fans had the opportunity to rock out with their favourite artists.

In the TikTok video which has gone viral, a young man in a wheelchair could be seen joining a mosh pit at the concert where he was then lifted into the air by friends and concertgoers while screaming and enjoying the live music. 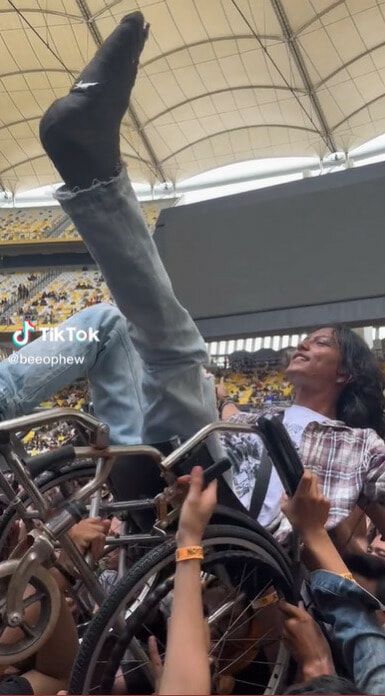 Although rock concerts could often get a little rowdy due to the mosh pits that happen in the crowds, the man appeared to be right in his element as he rocked out in the air in his wheelchair. 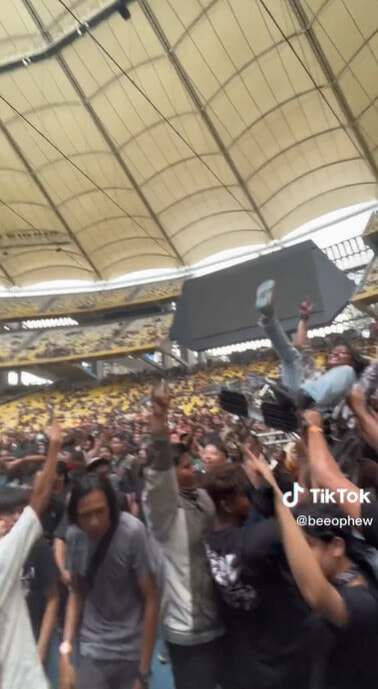 The video proves that just because one is disabled, doesn’t necessarily mean they cannot enjoy themselves at a gig.

It also helped to highlight the Malaysian spirit as numerous concertgoers had stepped in to ensure that the wheelchair bound man was able to enjoy himself.

It has since gone viral and currently sits on over 77,500 views. Plenty of netizens expressed their happiness over the video and for the man.

“Those who supported him, you guys are the best!”

To the man in the wheelchair, may you continue to rock on! 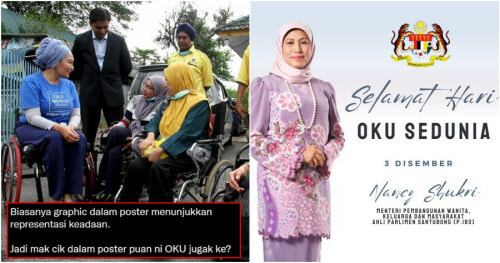