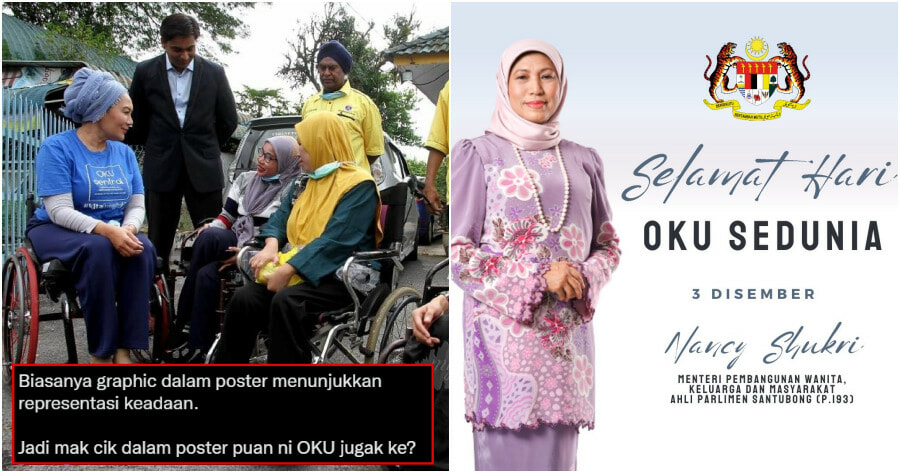 When it comes to special days to celebrate either a festival, an essential occupation or a community, government officials would often share a special poster to show their appreciation.

However in Malaysia, these posters would often completely focus on the wrong things and instead feature more of the government official rather than the community, festival or occupation being celebrated.

Just yesterday (December 3), we celebrated and showed our appreciation towards those in the OKU community of Malaysia. 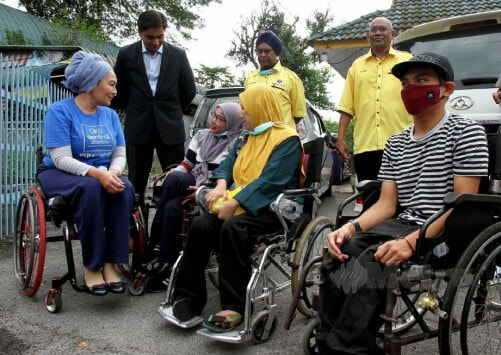 As per usual, officials released posters declaring their support and their appreciation towards the community. However, one specifically made rounds for its complete error in priority.

The poster which was shared by recently appointed women, family and community development Minister Datuk Seri Nancy Shukri, featured a simple poster with an image of her as the focus. 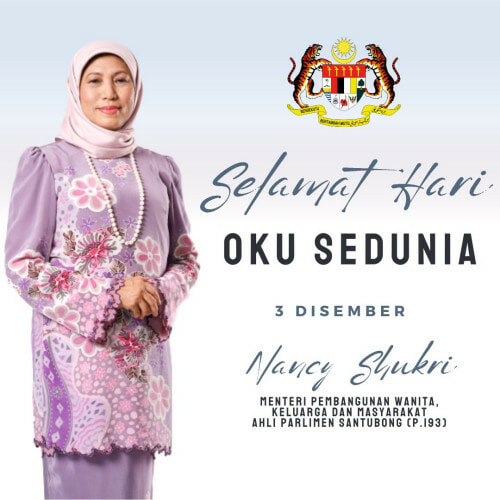 It did not feature a single person from the OKU community.

What should the focus be on?

The poster by Nancy not surprisingly received plenty of backlash from netizens who bashed her for not putting herself in the poster and not even highlighting the OKU community.

“It would be better if you didn’t put your own photo there. Can stop this kind of culture. People don’t want to see your photo becayse people know you’re a minister. Put some photos that (are) related to the occasion.”

Another said, “Normally the graphics in the poster would represent the situation. Does this mean that she’s an OKU also?”

Some even compared her poster to Prime Minister Datuk Seri Anwar Ibrahim’s poster which did not even have an image of him within it which meant that the focus was entirely on the image of those in the OKU community. 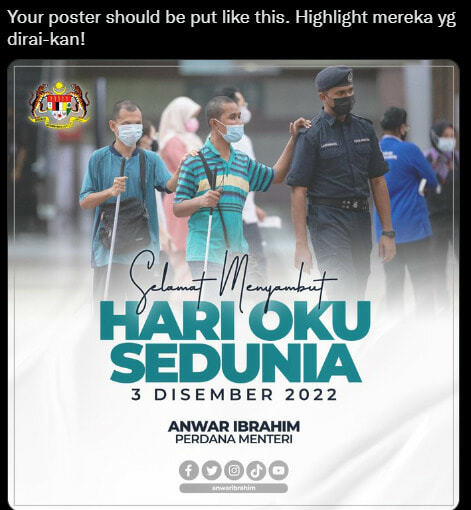 Meanwhile, some users pointed out how it’s ironic that a image post about International Day of Persons With Disabilities did not even include alternative text.

Alt text refers to invisible description of images which are read aloud to those who are blind or visually impaired, or who may have other physical or cognitive disabilities through a screen reader.

Both Anwar’s and Nancy’s posters for the International Day of Persons With Disabilities did not include alt text.

What do you think of the poster? Should all posters by government officials have alt text included in the future to help those affected access the image?

Also read: “Where are the firefighters???” – M’sians Are Making Fun of The Govt’s Poster For ‘Hari Bomba’ 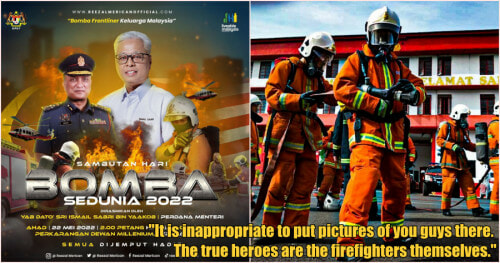