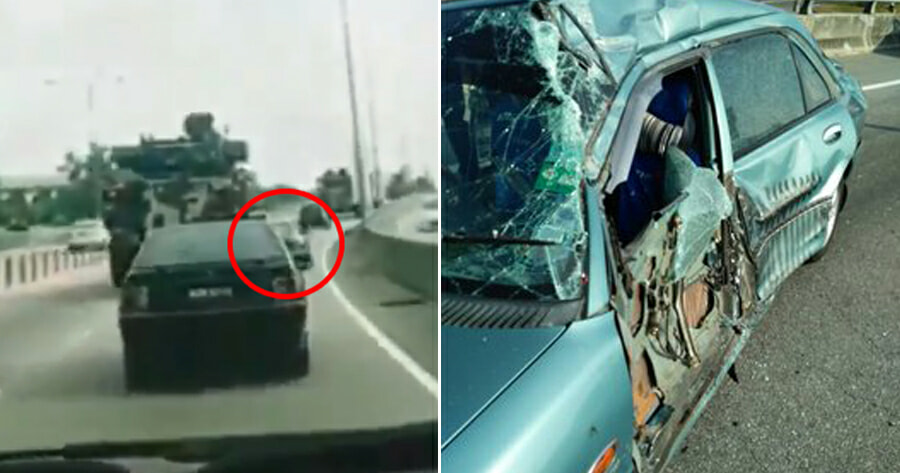 I’m sure you’ve been there when you’re driving on the road and suddenly a car much bigger than yours cuts into your lane without signalling or giving any indication that they’re switching lanes. At this point, you can’t help but to yell the infamous line you often hear your parents say – “You think this one your grandfather’s road ah?”.

Well, there’s no denying that you will encounter many road bullies when you drive and it’s best to just mind your own business and not trigger them just in case they decide to do something funny. But what’s worse is when they actually cause damage and potential harm by thinking they have the right of way just because they have the larger vehicle.

On 5th August, Twitter account, 999 Malaysia (@999Malaysia), posted a one-minute footage taken from a driver’s car dashcam. In the video, a convoy of large army trucks is seen driving along the highway heading towards Port Dickson and Mantin as shown on the signboard. 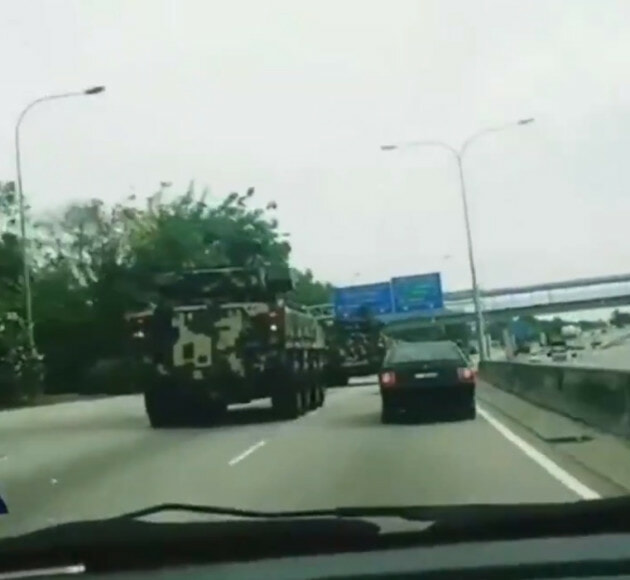 Moving from the middle lane to the right lane, one of the trucks is seen swerving to the right without turning on any signal. Although it switches lanes gradually, it does not seem to slow down. At this point, a Proton Wira emerges into sight, but before it can get out of the way, the truck crashes into the car quite forcefully. 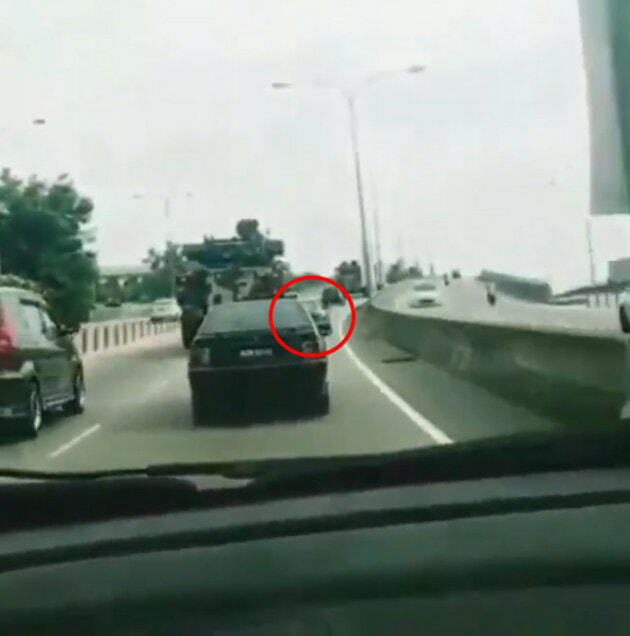 The Proton Wira’s back can be seen caving in from the hit while the truck seems to slow down. The Proton Wira then quickly drives out of the truck’s way and comes out to the left lane badly damaged and with car parts falling off.

A man appears at the top of the army truck while about five people immediately get out of the Proton Wira. The owner of the dashcam can be heard saying, “Dia tak nampak, dia tak nampak (he didn’t see, he didn’t see)”. 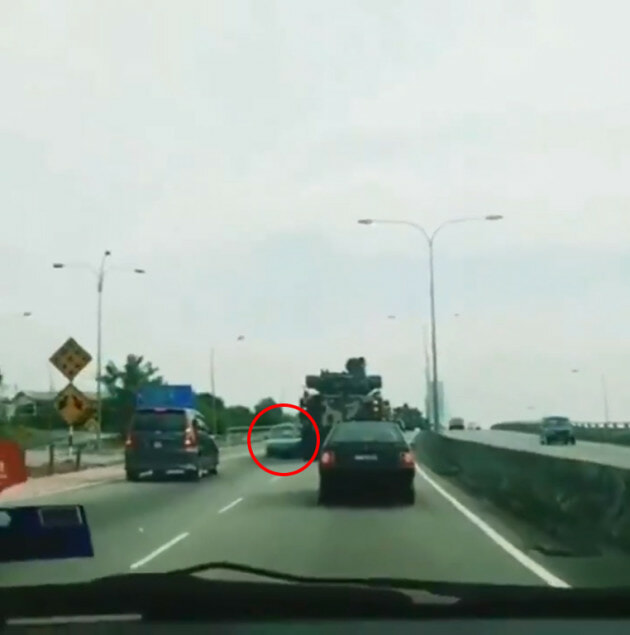 Two men in army uniforms get down from the army truck while the passengers of the Proton Wira stand around their damaged car, shocked at what had happened. Other motorists also get down and approach the accident scene. 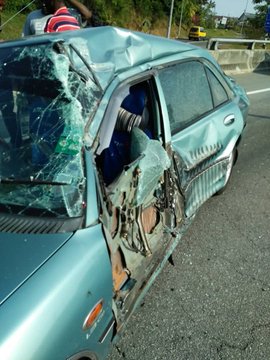 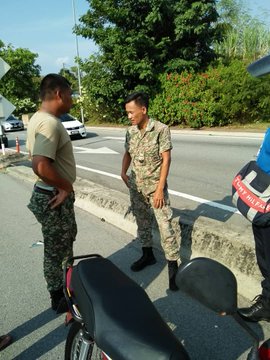 Did the army truck really not see the Proton Wira in front of it? Let us know what you think might’ve happened in the comments below! 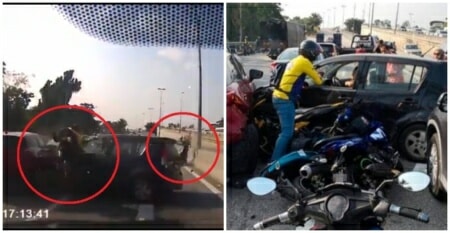