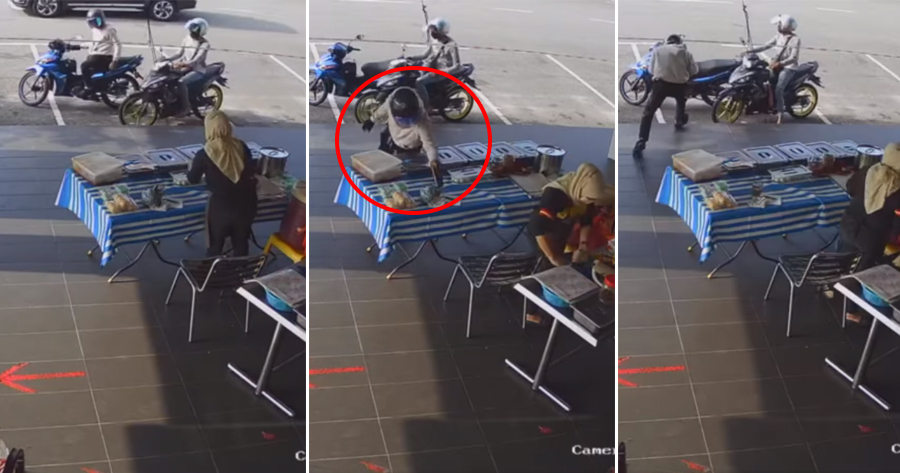 The FMCO is tough on businesses, especially for those who make a living from selling goods on the streets. And as if sustaining a business isn’t hard enough, some people still decide to prey on innocent and unsuspecting sellers on the road.

A woman selling food in Shah Alam was robbed by two men on a motorcycle, who stole items while she wasn’t looking.

During the incident which was caught on CCTV, a woman was manning her food stall in the area when two men on motorcycles arrived at the scene.

They wait around for several seconds before one of them walks up to the stall just as the woman turned around. The suspect then takes several items before fleeing with this accomplice.

The woman realised what had happened just as she turned around, but was too shocked to react. She then turned to the public for help.

It is uncertain if a police report has been made, but we hope the authorities are made aware of this and that action will be taken against the robbers. 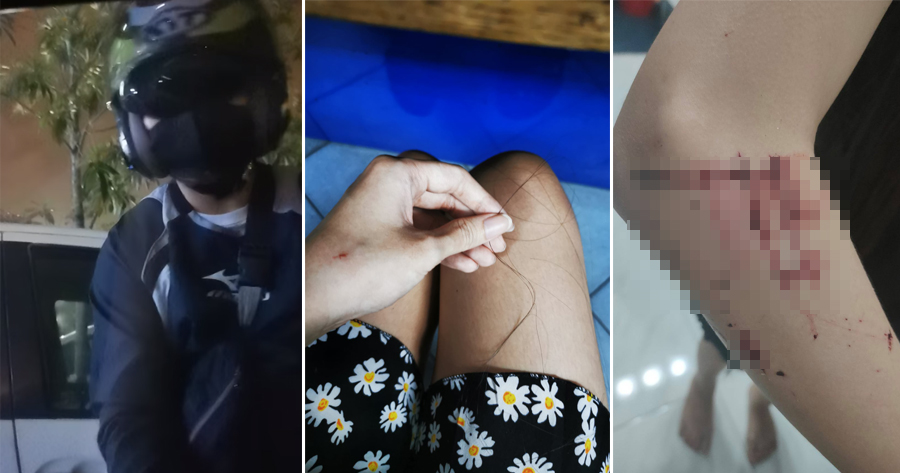