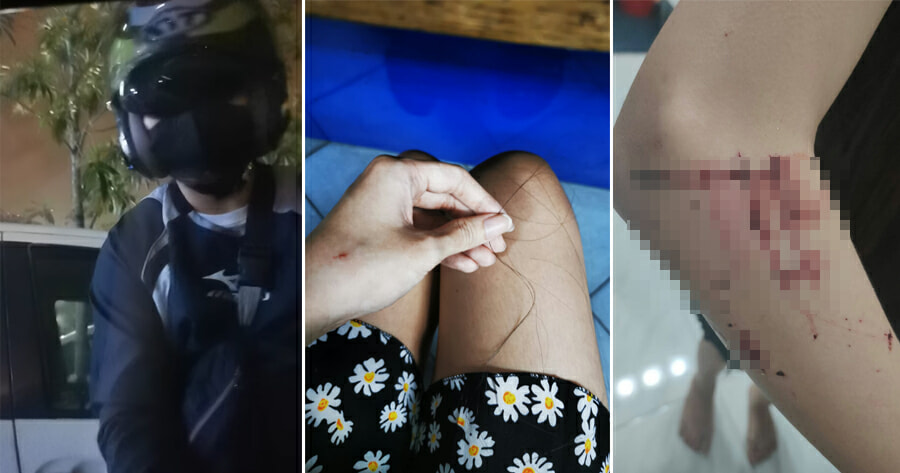 Disclaimer: This article contains images that some might find distressing.

A 24-year-old woman went through a horrifying ordeal when a motorcyclist preyed on her while she was in her car, and even broke the window when she tried to record a video of him.

In a Facebook post, M (pseudonym) said that she was driving home and had parked in front of some shop lots just outside You Vista apartment, at Jalan Persiaran at about 1.30am on 4 April. She said she parked outside as the parking was free. 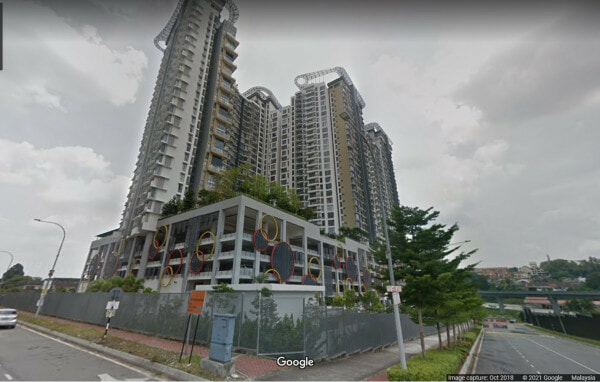 M: “you vista, the whole building is fenced off but without a barrier gate where strangers are able to go in & out. ”

At that time, there was already a motorcycle parked in front of her car. A male motorcyclist wearing a helmet and mask approached her and tried to talk to her.

“He was talking softly and I could only hear something like: “Saya nak ??? dengan awak.” she said.

“I knew something was wrong and closed my window immediately.”

The man then got off his bike and walked to the driver’s side of the car, and held his belt as if he wanted to take them off and show M his “private parts”.

M said she immediately turned on her camera and started to record him, and his first reaction was to turn away and pull his helmet visor down.

“He was struggling for a few moments and he started to become angry, then he started shouting at me,” M said.

“I quickly called my male friend, but he didn’t pick up. At this moment, he was standing outside my car, waving his fists and threatening to hit me. I started calling my family.”

Smashes her window with a tool

M added that the man went back to his motorcycle and got a tool which he used to hit M’s car window about four to five times until it shattered. M’s family had answered her call at this time. However, the man had already reached his hand inside in attempt to unlock the door from inside, but M quickly blocked the buttons. 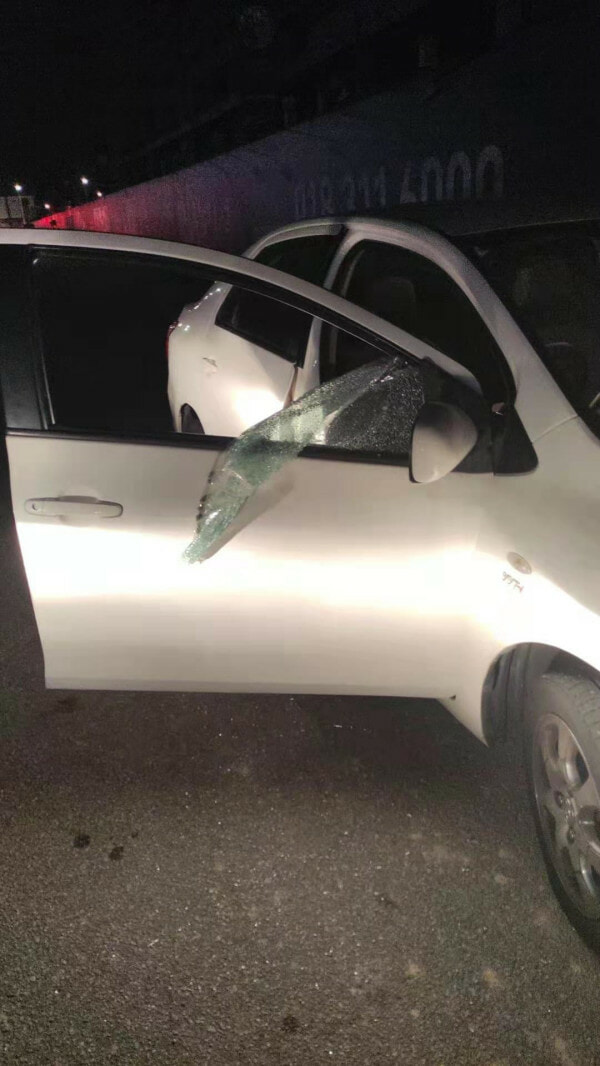 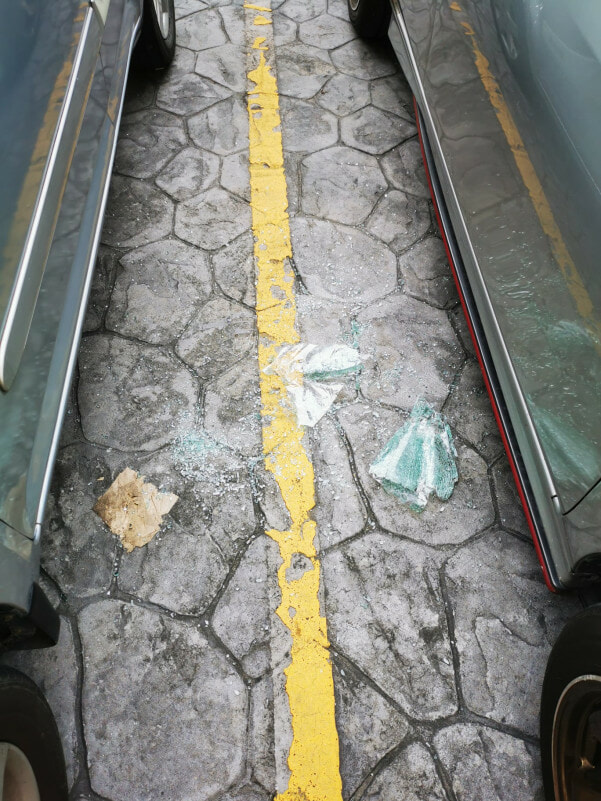 “My left hand was holding my phone facing at him and he then pulled my hair from the left trying to snatch my phone (Most likely an attempt to destroy the video of himself),” she said.

“I was pulled off to the right and snuggling my body, grasping my phone with both my hands tightly, afraid that if my phone was taken away and the car door opened, I will have no way else to call for help.”

“When he was pulling on my phone, I started to scream at the top of my lungs, screaming “Ah!” and “Help!”, he was rattled and saw no hope of snatching my phone, so he went back to his motorcycle and rode off.”

M recalled that the man had touched her in between her thighs, but couldn’t really remember the moment.

M then drove over to the guardhouse with her window shattered and hands bleeding. However, she said that the guards didn’t even try to help and had just remained at the guardhouse. M’s family arrived and the guard told her brother that he heard a girl screaming, but because there was a “lack of manpower” they didn’t check it out.

M recalled that there were at least three guards standing there, and one of them even mentioned that the car was parked at an area without CCTV surveillance, which they claimed doesn’t come under their responsibility. 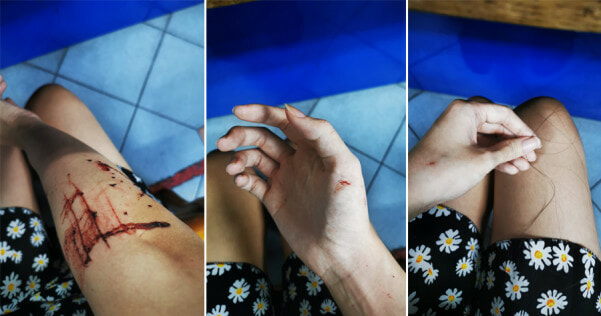 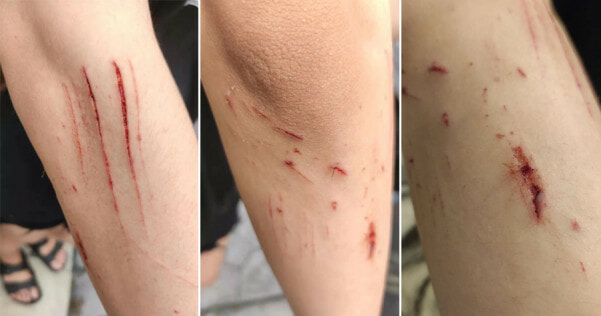 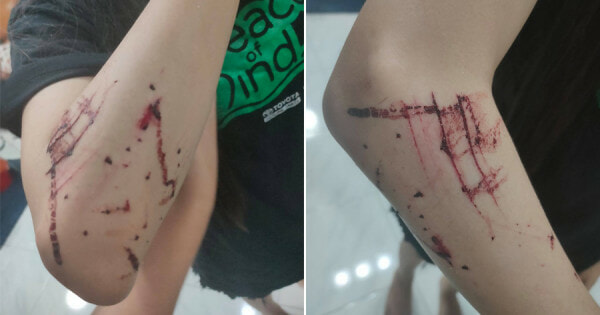 “The parking lot is within the building compound, I have seen the guards patrolling the same parking lot in front of the shop lots. Now that something happened, they claimed that it’s not their responsibility?” M said.

M later made a police report with her family and submitted the video to the police as evidence.

Kajang District Police Chief, Assistant Commissioner Mohd. Zaid Hassan confirmed that a report was made by the victim at about 2.41pm and that the case is being investigated under Section 323/427 of the Penal Code, according to Kosmo.

M expressed that she was disappointed with the guards at the condo.

“I wasn’t living in a very bad condo, the shop lots attached to the buildings have their own allocated lamp posts too. But the guards can’t seem to even understand basic Malay or English,” she said.

“After this, I warned my housemates to be more careful going in and out of the place. They said at that time they did hear someone scream. I live on the 19th floor and yet they were able to hear my scream, but the guards who were just near around the corner chose to do nothing.”

“My housemate was robbed around here last month too, he told me that after this incident.” 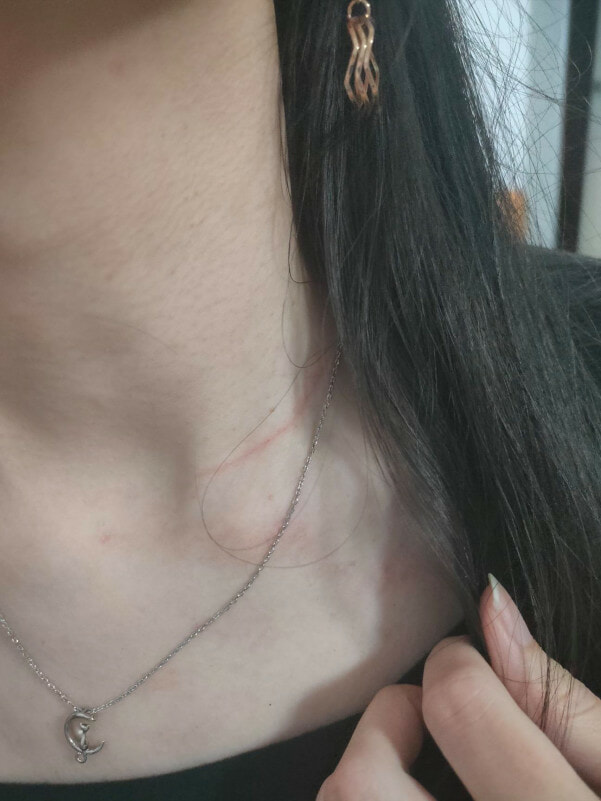 M ends her post by saying that she is considered lucky during the unfortunate incident.

M shared her experience in hopes of warning others out there to be careful.

“I had never thought that this kind of thing would happen, so I tried all the things that I could think of at that moment,” she said.

“I want to use my terrifying experience to tell all the ladies, as soon as someone suspicious approaches you, drive away immediately.”

“Please be on high alert at all times, stay safe.” 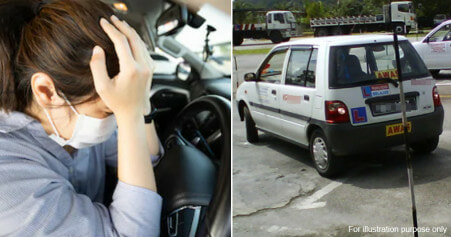