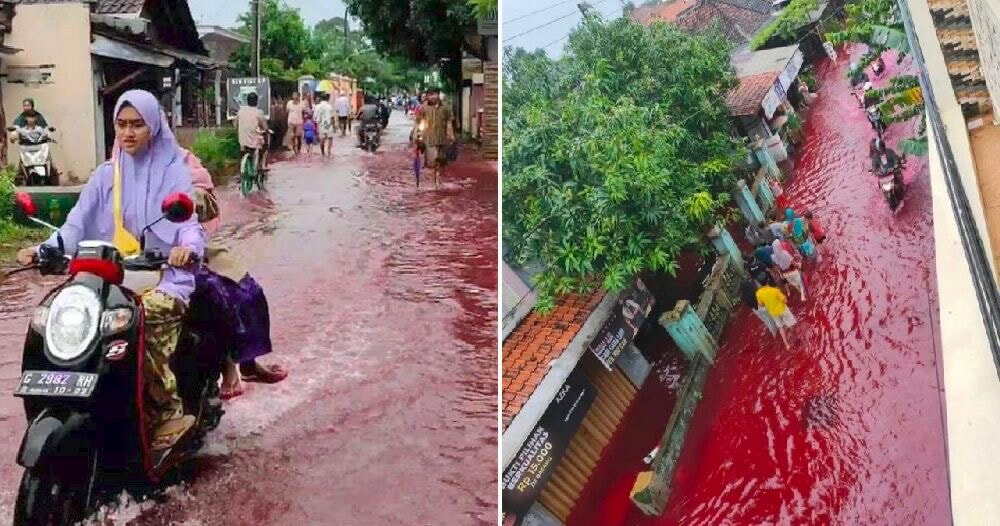 People living in Kelurahan Jenggot in the town of Pekalongan, Central Java woke up to a nightmare yesterday as the village was flooded in what seemed like blood! As reported by Indonesian news portal Kompas, while the red waters may seem eerily biblical and apocalyptic, it is actually caused by illegal dumping of industrial textile dye near the village. 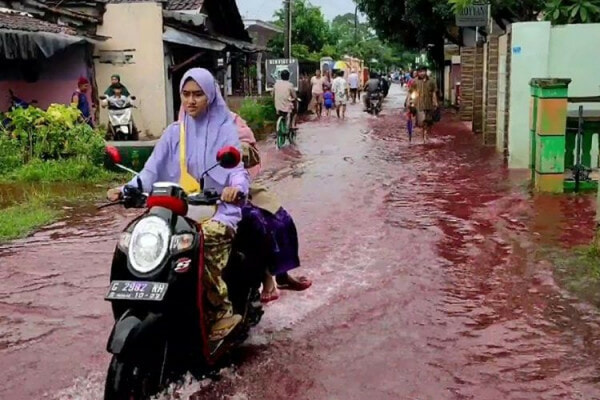 More accurately, the textile dye was for the making of batik which the village is a well-known producer of. According to a local source, the ‘blood flood’ was caused by an irresponsible local that dumped the textile dye near the village. The source said,

“Someone purposefully dumped the batik dye. Since yesterday, there was no production of Batik in the district of Jenggot hence its not possible for it to be caused by water going into batik factories. Furthermore, it has been raining heavily since yesterday.”

However, as of the time of writing, authorities have yet to find the culprit for the dumping. Here’s a video of the red flood as recorded by a local:

There have been no reports of the polluted flood water causing allergic reaction amongst the villagers. With continuous heavy rain affecting Central Java, many villages within the state are flooded with the worst affecting Degayu and Pasirkratonkramat. Both places recorded flooding as high as 60cm.

Let’s hope the Indonesian authorities find the culprit for the dumping soon and bring him or her to justice. 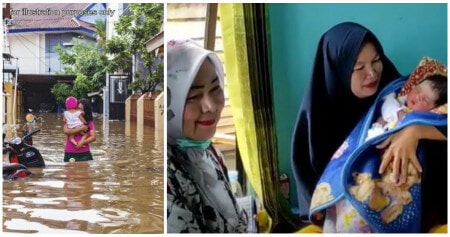