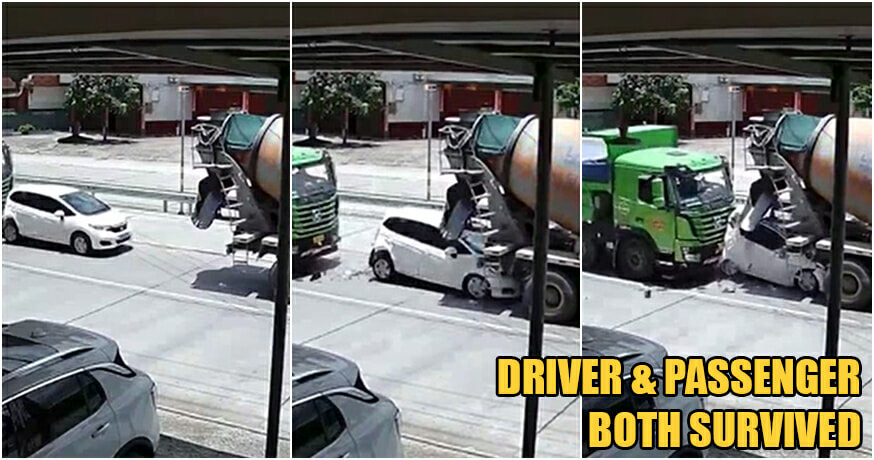 For people who have been involved in major accidents, the trauma of the moment tends to leave a lingering impression. But for one lady who managed to escape from quite literally the very jaws of death, we can’t imagine what it must be like to step out from such a severe accident alive.

The horrific incident was captured on CCTV video when the woman’s white hatchback stopped behind a cement mixer. Obeying traffic stipulations, there was already quite a safe distance kept between her car and the cement mixer to ensure that no untimely accidents would occur.

However, what the woman driver didn’t count on was for another construction lorry to drive up from behind her, seemingly without braking at all before running into her car!

The combined speed and force caused the small hatchback to be completely crushed between the weight of the two heavy trucks, crumpling it like a tin can.

Despite that, the woman driver somehow managed to escape from the driver’s side alive! According to media reports, the accident was said to have happened in Xianyou County, in the Fujian Province of China on 15th June 2020. It is said that the driver and passenger involved in the accident are both safe and are in stable condition in the hospital.

We hope that both the driver and her passenger will recover soon!