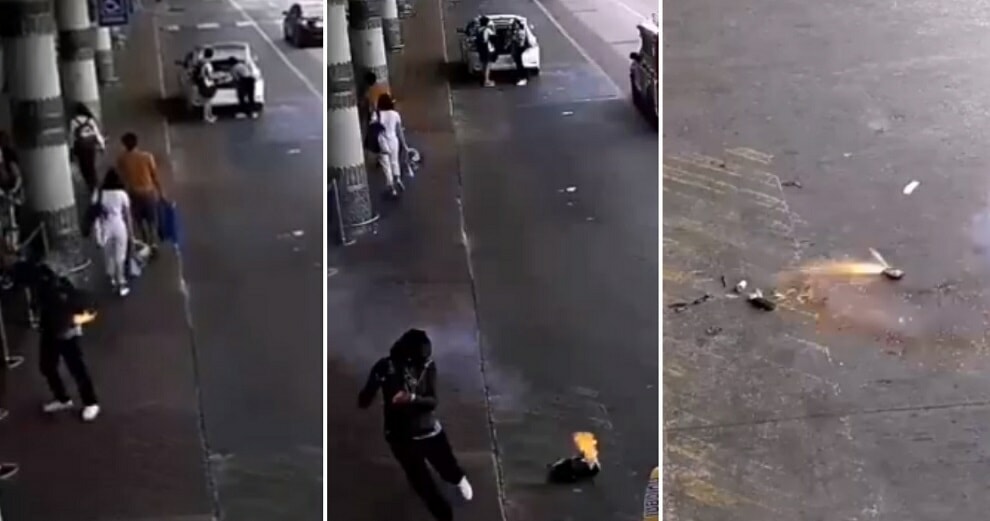 In a video that was just uploaded by Chiang Mai International Airport’s Facebook page last week, CCTV footage from outside the airport shows a woman walking before her backpack suddenly catches fire.

Obviously panicked upon realising her bag was on fire, the woman can be seen throwing her backpack on the ground. The source of the fire was her power bank, which can be seen bursting into flames and spinning on the ground later on in the video.

The post was uploaded by the airport as a cautionary tale to passengers who insist on bringing their power banks onboard flights. According to Coconuts Bangkok, the video’s caption translates,

“Take a moment to imagine this happening inside an aircraft. This is the answer to why airlines are so strict about not allowing power banks on airplanes.” 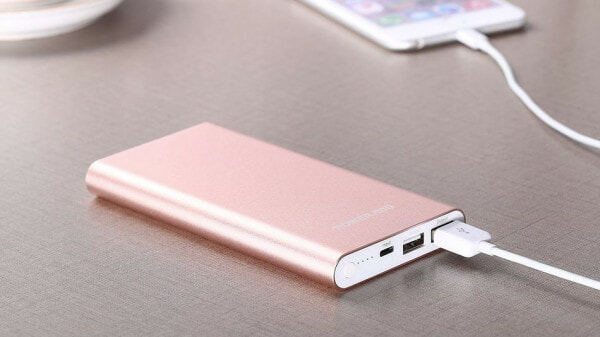 Power banks are not allowed to be checked in on commercial aircraft and passengers are advised to instead keep their portable chargers in their hand luggage. According to the International Air Trans­port Association (IATA), power banks are considered power sources and are therefore no different from spare lithium batteries, from a risk perspective. This is why they should only be carried in passengers’ hand luggage.

So, be careful if you plan on bringing along a power bank on your next flight and be sure not to keep it in your check-in luggage! 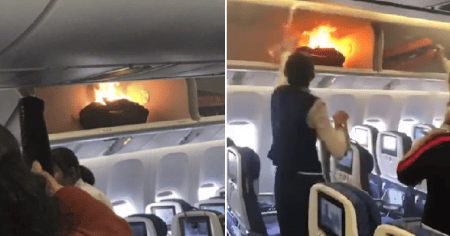