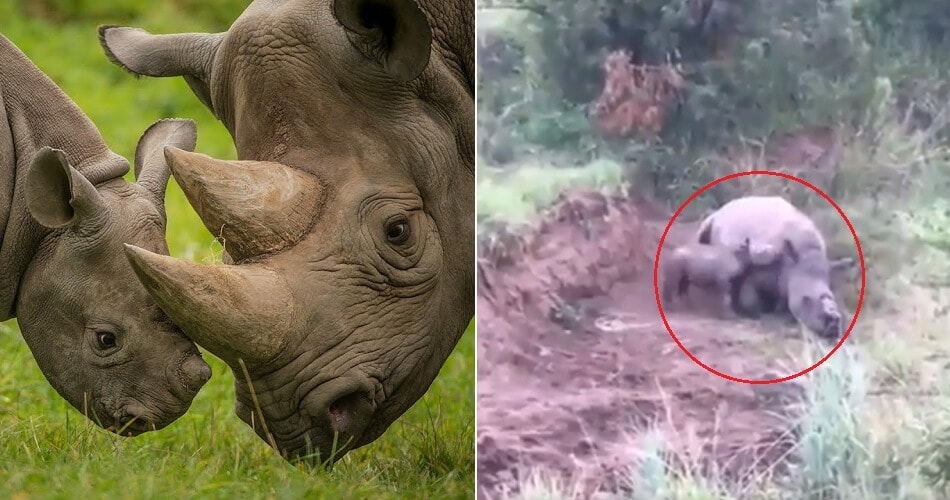 Such a heart-wrenching sight!

A baby rhinoceros was seen trying to wake its dead mother up after it was killed by poachers, as according to India Today. In a viral video which was shared by Indian Forest Service officer Parveen Kaswan on Twitter, the young calf was seen trying to nudge the mother in hopes that she will finally wake up. This reminds me of Mufasa’s death scene in The Lion King. I’m still not over it. 😥

The post was accompanied by a caption which read,

“A baby #rhino tries to wake #mother (up), who was killed by poachers for the #horn. Devastating (and) eye-opening.”

You can watch the entire video below:

The picture of poaching !!

A baby #rhino tries to wake #mother, who is killed by poachers for the #horn. Devastating & eye opening. pic.twitter.com/EnAS2PAHiD

The man who recorded the video was heard saying that the calf was trying to suckle some milk from the mother rhino and wake her up. The man also said: “I can’t understand this. This is horrific to see.”

As the tweet circulated online, many netizens felt that it was very cruel of the poachers to commit such a crime and put the calf’s life in danger. In fact, netizens suggested that the poachers should be punished and fined. We agree with them! 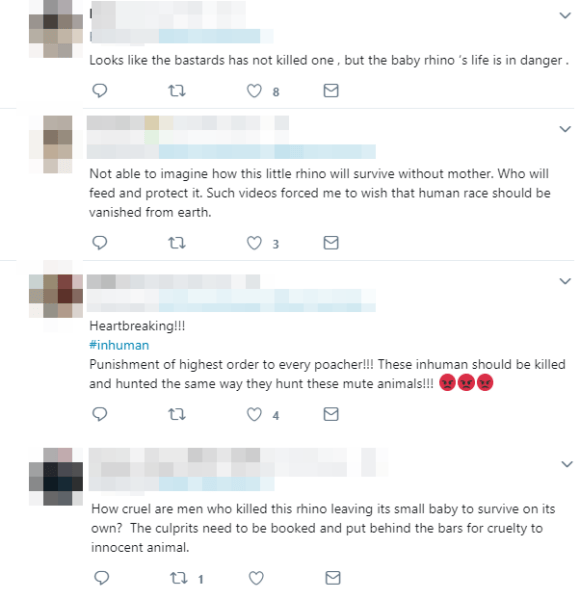 Even though we couldn’t identify the species of the rhinoceros, the World Wild Life (WWF) website revealed that rhinos are considered to be endangered or vulnerable (this is depending on the population of the animal’s specific species).

Despite the fact that the Indian (one-horned) rhinoceroses have increased in number due to proper preservation, these majestic creatures are still suffering because they are hunted for their horns. So, we have to protect this animal.

Having said that, we are unsure of the location where the poachers shot down the mother rhino, but we sure do hope that they (the perpetrators) will be caught as soon as possible. 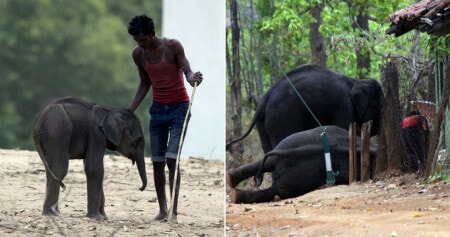