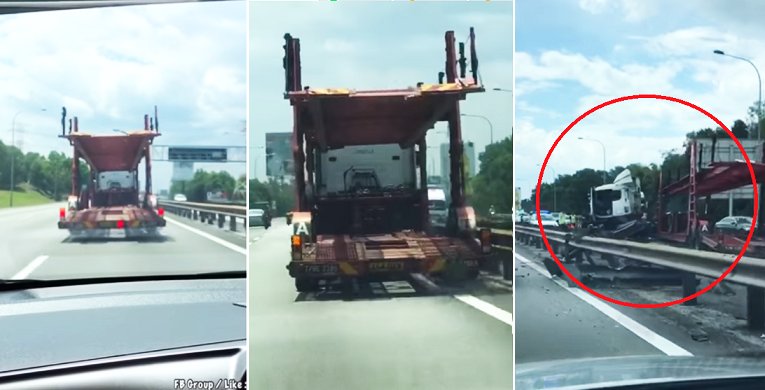 A mobile video of a nasty accident that happened on the ELITE expressway has surfaced on the internet and is making its rounds on social media. It shows a trailer truck ramming right through a centre divider. It was driving in the fast lane and ploughed through the divider after the driver lost control of the vehicle.

The 1.05-minute-long video that was shot from a mobile phone shows the trailer travelling on the extreme right lane on the highway before it veered into the divider and crashes.

The person holding the camera panics and loses focus for a moment as they were driving behind the trailer. They then continue filming the wrecked truck in the opposite lane after regaining their composure.

According to Sepang OCPD Asst Comm Abdul Aziz Ali, the accident occurred at about 2.25pm on Friday, 13 April. He told The Star that the trailer was headed north from Nilai when one of its tyres had burst. Needless to say, the accident caused a slow crawl along the highway and this of course, lead to a heavily-congested highway.

“The traffic flow on both sides are slow at the moment and all drivers are advised to be extra careful when plying the highway,” Assistant Commissioner Abdul told NST Online.

“All including the trailer driver escaped without any serious injuries,” he added. 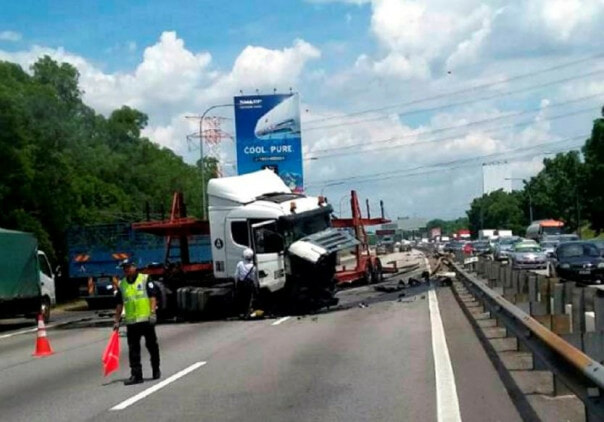 He also said that a sports utility vehicle and a car that were travelling in the opposite lane could not avoid the debris and crashed into it.

“Fortunately, no one was injured,” he said.

That was a close call for everyone on the road, and to happen on Friday the 13th too! This goes to show that it’s best to drive at a steady pace, and also to be wary of the condition of one’s vehicle as well as to ensure everything is in order, especially before taking a trip on the expressway or the highway.

It really pays to be safer than sorry! 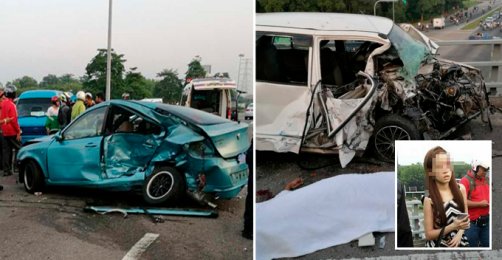