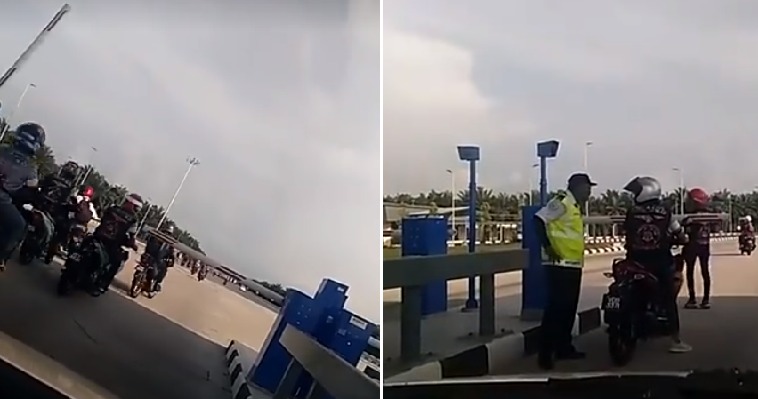 At every toll plaza, there will be dedicated lanes for heavy vehicles, normal cars and also motorcycle users – but somehow there will still be people who refuse to follow the rules and regulations. Sometimes, you will see people breaking the law by using any lane they want to just because they couldn’t be bothered to use the proper lane. 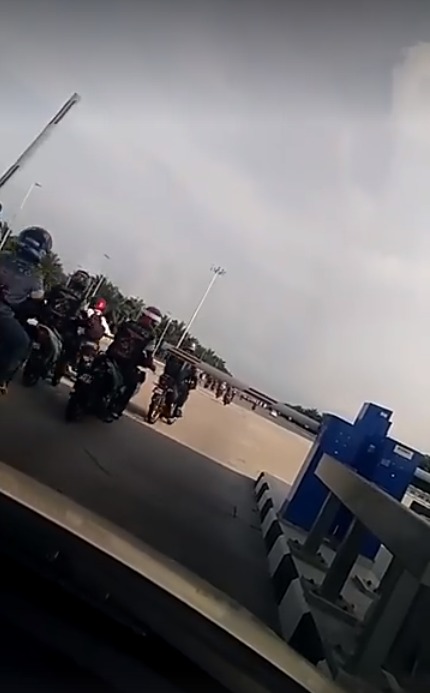 This causes inconvenience to other users who have to give way to them and avoid accidents from happening. Recently, a couple of videos went viral on Facebook, showing a whole convoy of motorcycles using the wrong road and preventing others from using it.

The incident happened at the Kampung Lekir West Coast Expressway Toll Plaza, Setiawan and other rightful users had to stop and give way to them. Several of them managed to pass the boom gate before a security guard working at the toll plaza rushed over to stop them. 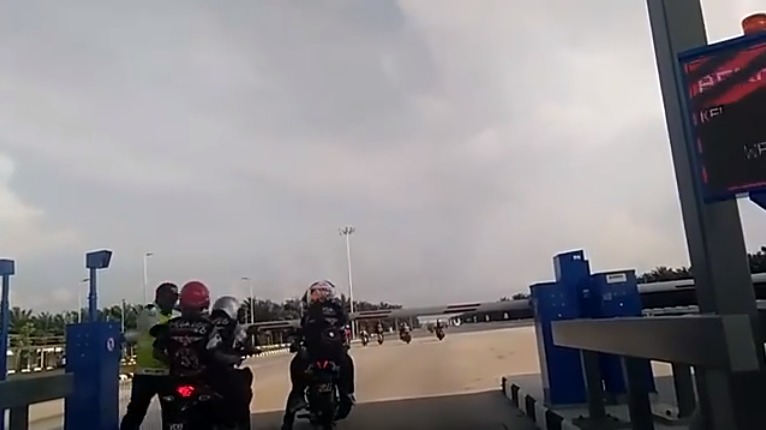 The guard starts scolding them but they ignore him until he approaches one of them and smacks him on the head. Trying to slap some sense inside his head maybe? The motorcyclist is shocked and immediately brakes while his passenger hops off the bike, afraid that he will kena the same fate. The motorcyclist is stunned and unable to move, as the guard continues shouting at them for breaking the rule.

Nevertheless, the motorcyclist regained his wits and ducked under the boom gate with his passenger and escaped. The angry security guard shouts at other motorcyclists behind as he tries to stop them from using the lane. The video is believed to have been taken by another road user who was aghast at the audacity of the convoy of motorcyclists flouting the law. 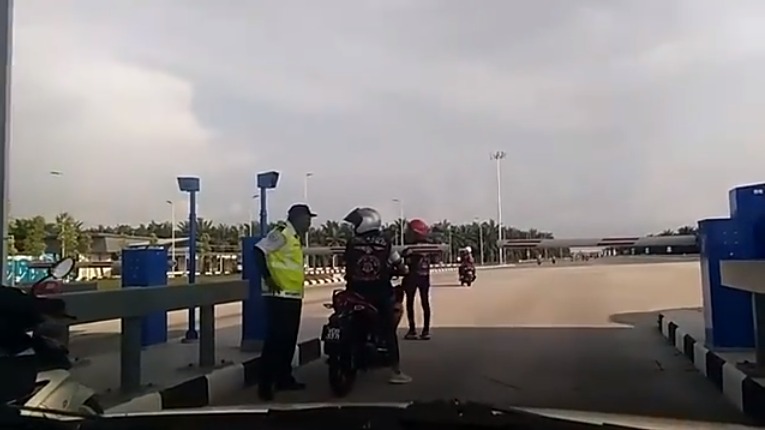 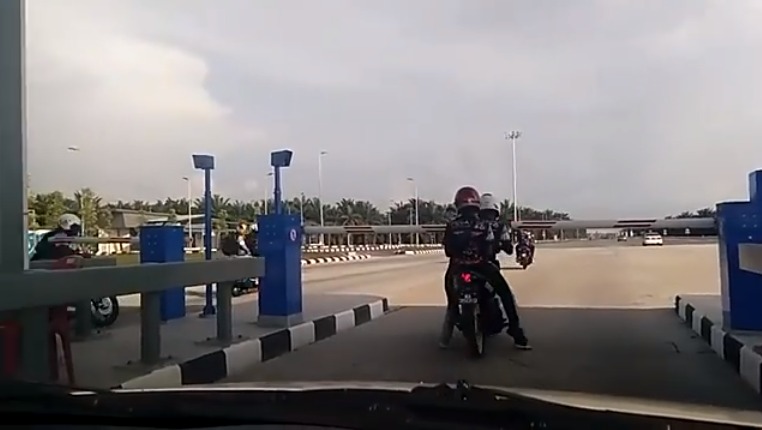 Netizens who saw the video were enraged by these inconsiderate motorcyclists who were causing trouble for everyone on the road. They praised the security guard, saying that he did the right thing and he should’ve slapped harder to teach them a lesson.

Be considerate on the road, guys! You’re not the only one using it!

Also read: M’sian Motorcyclist Gets Into Accident After VVIP Escorts Force Him Off Road 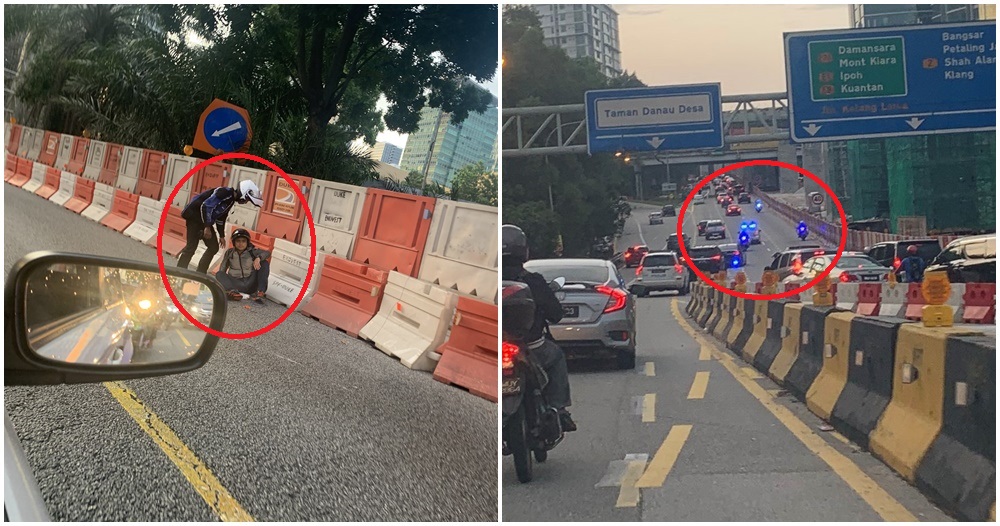