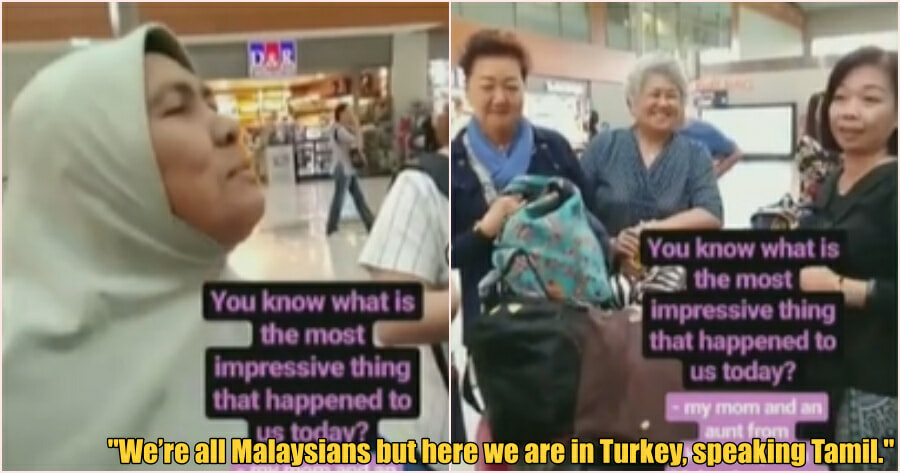 Although Malaysia is a multi-racial country, not many people are able to say that they are able to speak more than two languages. Whenever a Malaysian is able to speak a number of languages, it never fails to amaze and warm the hearts of others.

A TikTok video recently caught the attention of netizens as it featured a Malay and Chinese auntie conversing in fluent Tamil! 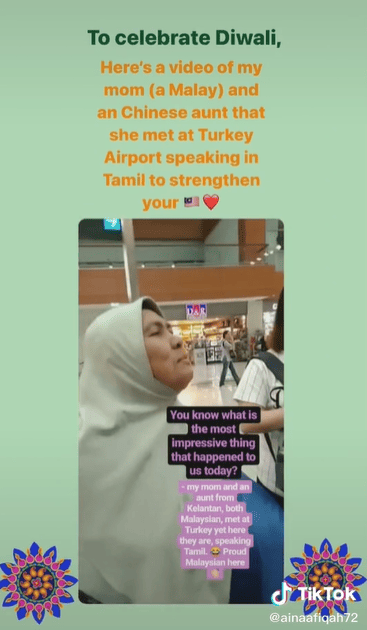 The video reads, “To celebrate Diwali, here’s a video of my mum (a Malay) and a Chinese auntie that she met at Turkey airport speaking Tamil.”

Speaking to WORLD OF BUZZ, Aina, who is the daughter of the Malay auntie said, “It’s actually a short video of a  throwback from our October 2018 trip to Turkey. We lost our passports, hence I and my mom were left on our own at Turkey’s airport.”

Touching on how the situation came to be, Aina explained that they had seen a group of Chinese aunties at the check-in lane at the airport. 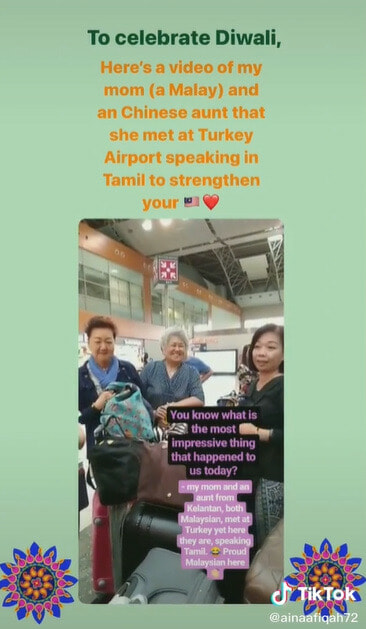 “I asked them a few questions in Mandarin to confirm. Turns out that they are all Malaysians. One of the aunties was very proud that I could speak in Mandarin so they asked if my mom could as well,” she said.

“So I said that my mom can’t speak Mandarin, but she speaks Tamil. One of the aunties started to speak in Tamil and that’s how I started to record as we’re all Malaysians but here we are in Turkey, speaking Tamil.”

On how her mum knows how to speak fluent Tamil, Aina said that her mum was brought up in an estate area filled with multiracial families.

“The majority were Indians and after becoming friends, she slowly picked up the language,” she added.

The video warmed the hearts of netizens

The video garnered plenty of attention and has amassed over 780,000 views and 75,000 likes. Many Malaysians commented on how the video has warmed their hearts and made them appreciate being a part of such as multi-cultural country.

One user said, “One is a Malay and the other is Chinese. Both of them are speaking in Tamil. What else could you have asked for in Malaysia? Thank God, we are blessed to live in harmony.”

Another said, “Malaysia is extremely unique and beautiful with all the races.”

Meanwhile, another user said, “When I was younger I always thought that Malaysia is unique and that we should all be fluent in the three main languages. But it’s weird how we’re not.”

The video has also surprisingly managed to catch the attention of the Chinese auntie’s daughter. She commented on the post, “that’s my mum.”

“I will record more videos of her speaking Tamil. We are from Kelantan, if you would like to speak Kelantanese just go for it,” she said.

“Although it is common nowadays to hear of Malays who speak Mandarin, whenever they meet the other race who  speaks their language, they became very proud.”

“I’ve been dreaming of the day where everyone in our country can communicate in every possible language we have, be it Tamil, Mandarin, Sabah, Sarawak. Since Malay is our mother language, we should all be proud and able to communicate in Malay first before any other languages,” she added.

In hopes of further fostering this sense of unity, the government has recently announced that kindergartens will start to teach basic Mandarin, Tamil, Iban and Kadazan to children. 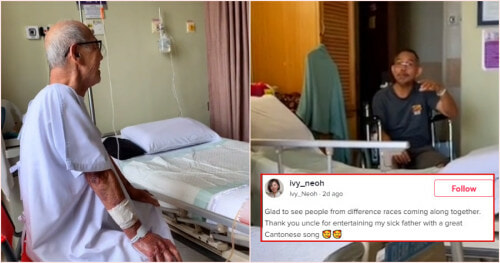