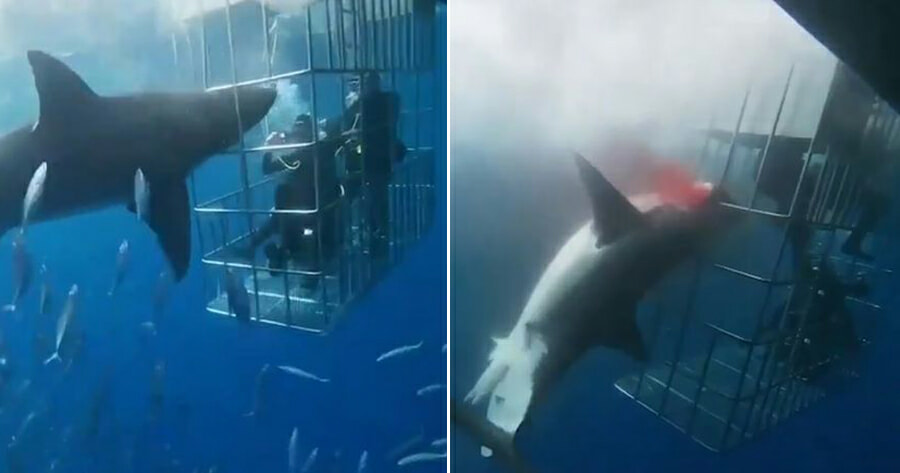 A distressing video shows a great white shark bleeding to death after it tried to get to divers in a cage.

The incident happened on 9th October in the north-western Mexican state of Baja California where the shark lunged at the cage but got stuck between the bars, causing injuries to its body. 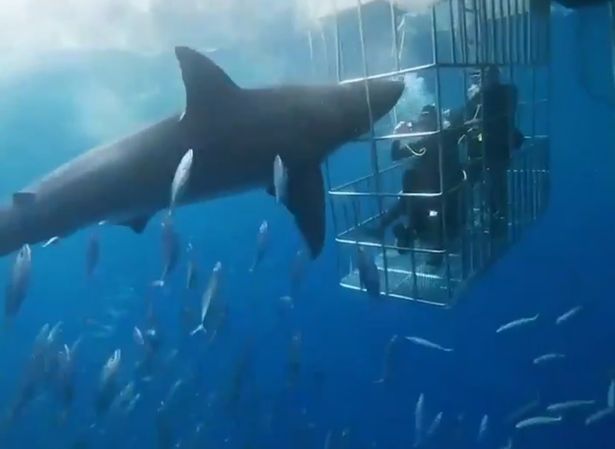 As it tried to wriggle free, its injuries deepened and blood can be seen spewing out of the wound. The more it struggled to break free from the cage, the more it bled.

When it finally managed to release itself from the cage, it had already been critically injured and died before sinking to the bottom of the ocean.

According to Mirror, Mexican environmentalist Arturo Islas Allende uploaded the video on social media. He said the area is considered “the most important great white shark sanctuary on the planet”.

The owner of the ship said it was “totally extraordinary” and involved a great white shark that was “strangely aggressive, attacking one of the cages used by our company to dive at Guadalupe Island”.

“Great white sharks do not usually behave violently and it was the first case that we have suffered in more than 16 years,” they said.

“The trip was done with the regulator of the National Commission of Natural Protected Areas, Beatriz Guadalupe Torres Gonzalez.”

“She verified that the ship was following the current law and has been granted all the permissions relating to the preservation of the great white shark.”

The great white shark has been listed as vulnerable on the IUCN Red List. 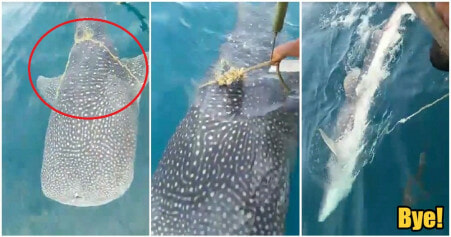