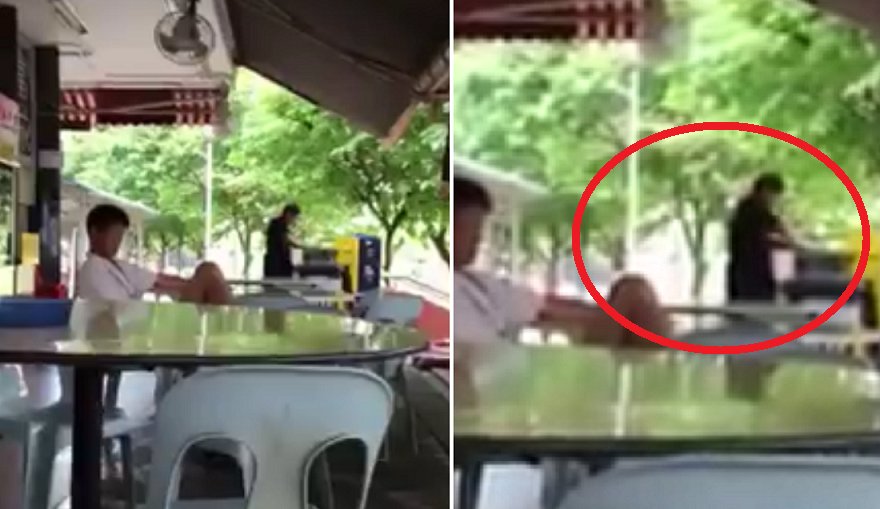 A diner at a coffeeshop was caught with his jaw dropped when he witnessed a drinks-stall staff allegedly ‘recycling’ ice-lemon tea for customers’ consumption.

The video posted on All Singapore Stuff, shows the unassuming uncle walking near some large bins outside the coffeeshop.

He can be seen pouring the liquid from one cup into another. 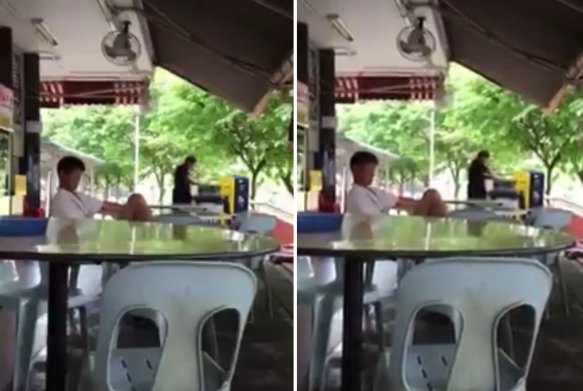 He repeats this a few times, scuffling back to his stall, and then walks over to customers with some drinks in his hand.

Do not order drinks from the coffeeshop at Sembawang BLK505! Reader was there 2 weeks ago and he felt that his ice lemon tea tasted fishy. He went back again and caught the seller (man in black in the background) “recycling” the ice lemon tea! Reader has reported this to NEA already. ‪#‎unhygienic‬

Netizens who found out were disgusted at the man’s actions and hope that something was done to prevent such appalling things from happening to customers in the future.

One person who apparently was from the company replied by explaining what really happened. Apparently the man has been recycling the drinks so he could secretly pocket the extra few bucks for himself. She also said that the uncle has since been fired and mentions that it was an unfortunate case where the name of the company is spoilt because of a bad employee.

Though imagine if you previously patronized that place to find this out!