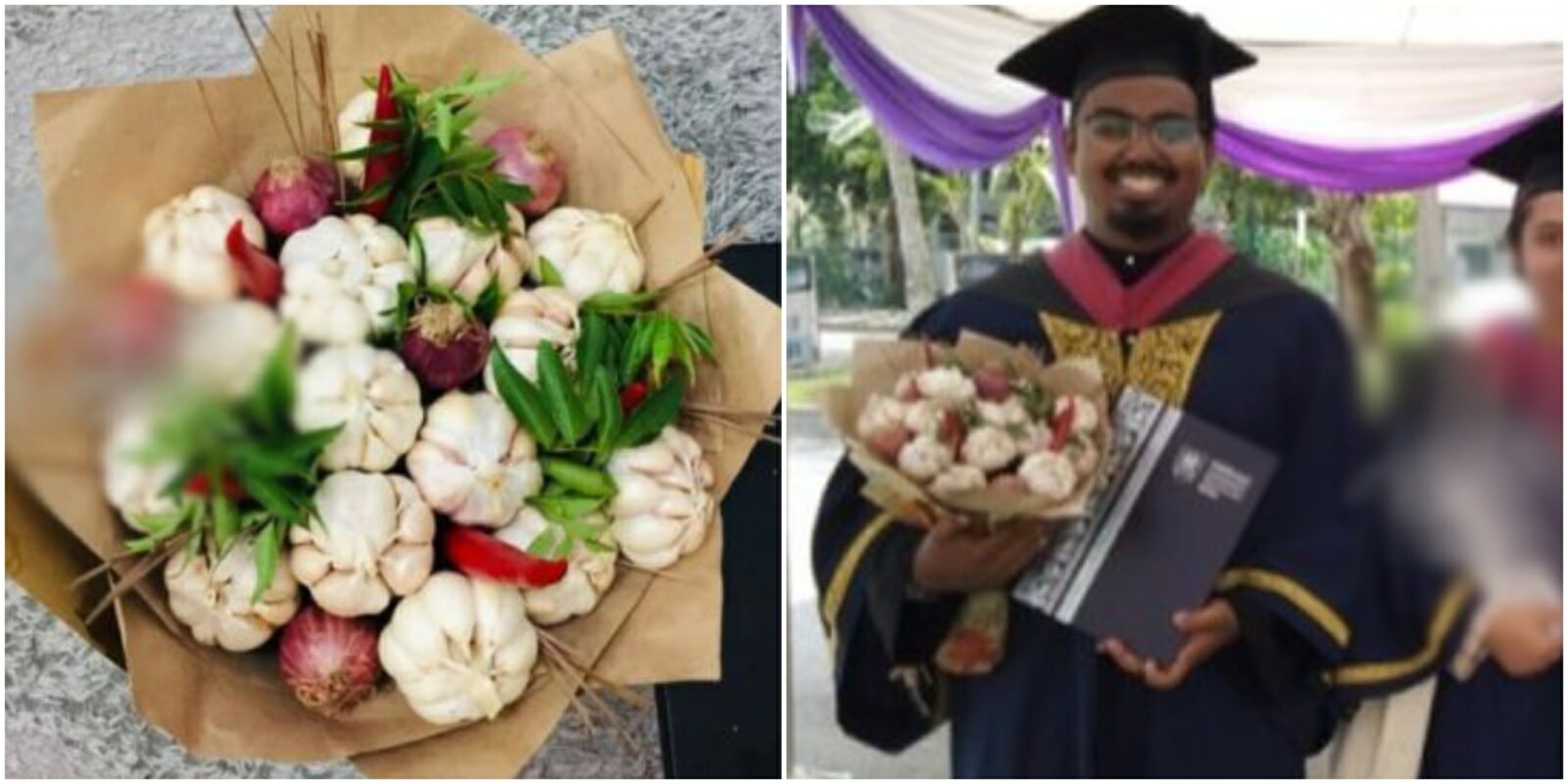 Chocolates, teddy bears, balloons, bouquets – it’s all become such standard fare at convocations now that most universities have vendors lined up in front of event halls waiting to sell them to eager graduates and families. Well, this fresh graduate got a bouquet alright, but it was one filled with garlic!

For one 25-year-old graduate, Muhamad Adam Razali, his convocation with the Universiti Teknologi Mara (UiTM) in Penang became twice as memorable, when his girlfriend gave him a bouquet of the vegetables, right before the ceremony. According to mStar, he said, “There was a day when I told her that if you want to get me a convocation present, I’ll want something different, something other than flowers and chocolates, because those are too clichéd.” 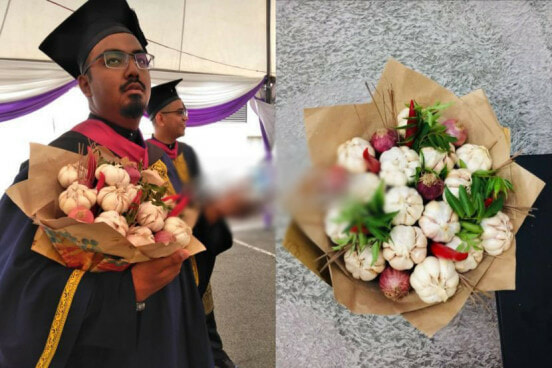 He was shocked when he received his one-of-a-kind present, but also amused by what an unusual gift it was. “I really didn’t expect her to give me something so ‘rare’,” Adam enthused. We couldn’t agree more!

The bouquet attracted a steady stream of attention in no time, especially from parents who couldn’t stop asking him where he got it from. Adam remarked that he was probably the only one who received such a present, as the rest mostly got the typical types of chocolates and flowers. 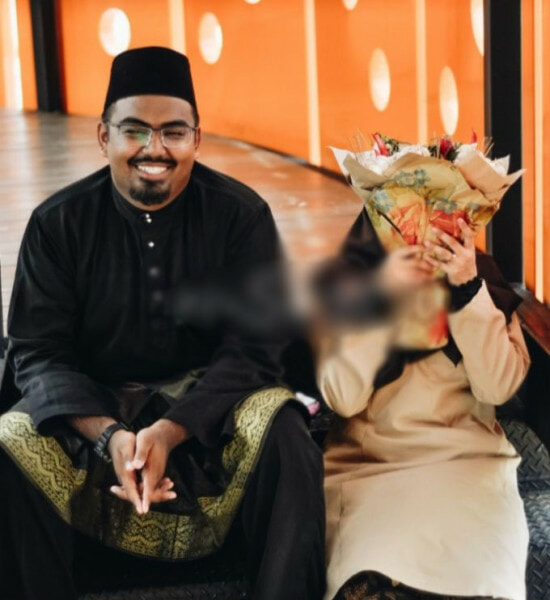 Adam’s friend, 27-year-old Hasnul Hisham Hasamuddin hinted that there might be another meaning behind the unique bouquet, as he said his friend Adam has been known for gossiping (gossiping is loosely translated as ‘membawang’ in Malay, which is also the same word for garlic) since their days in Matriculation, especially when they used to gather for hangouts.

“Adam’s good at ‘membawang’, whenever we meet there’s so much to talk about, and it could go up to hours, so it’s really fitting that he got the garlic,” said Adam’s observant friend.

However, that love for fun doesn’t take his attention away from studies, as his friend also expressed respect for how disciplined Adam is whenever he’s in a culinary class. His hard work has paid off, as today, Adam has graduated with a degree in Culinary Arts Management. He is now helping out with his family’s catering business, and plans to use the garlic in his cooking.

“I feel reluctant to use them because this is truly special. I will always remember it as a fond memory,” he expresses.

This story has certainly perked up our Monday, and maybe made us a little hungry for some garlic-heavy cuisine! What do you guys think? How would you react if you’re on the receiving end of a unique bouquet?

Also read: Top Graduate Broke Down in Tears as Parents Didn’t Bother to Come for His Graduation 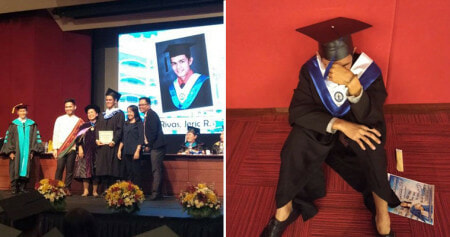