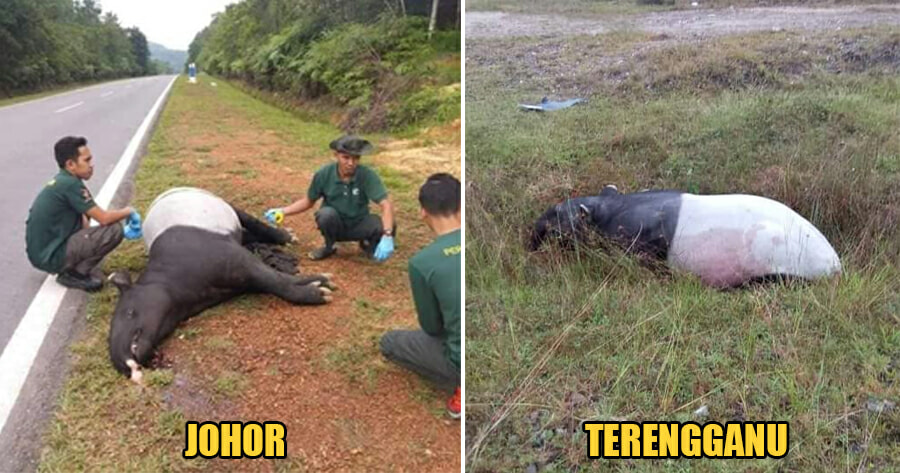 As more forests get destroyed to make way for roads and buildings, the more we see wild animals wandering about because their homes have been invaded by human civilisation. This puts them in grave danger, especially when it involves busy roads and moving vehicles.

Two tapirs in two different locations were injured after they were hit by vehicles passing by the area. One of the cases happened in Felda Kahang, Barat in Johor where a female tapir was found dead on the side of the road, believed to have been hit by a vehicle at about 8am on 28 September. 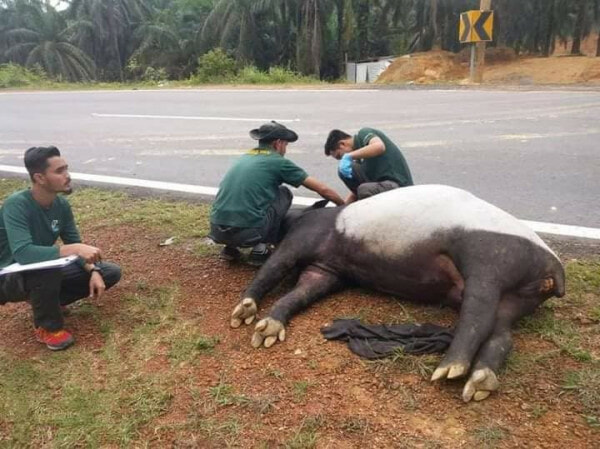 According to Johor Wildlife and National Parks Department (PERHILITAN) director Salman Saaban, a team rushed to the scene after receiving information from residents that a tapir was found lying by the side of the road.

He said the results of the investigation found that the tapir weighing about 350 kilograms suffered head injuries and was believed to have been hit, reported Harian Metro.

“This tapir is believed to have strayed from its original habitat in the Kluang Forest Reserve and went out to the road near the area,” he said, adding that the tapir was later disposed and buried at a location near the scene. 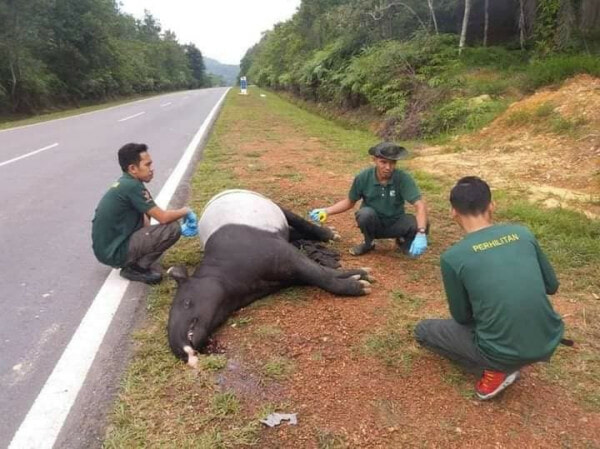 The second case happened at Kilometer 8 of Jalan Dungun-Bukit Besi, near the Kampung Serdang water plant where a tapir crossing the road got into an accident involving two vehicles.

In the 7am incident on 28 September, the two drivers of the two vehicles were injured while the tapir also suffered injuries to its legs and body. 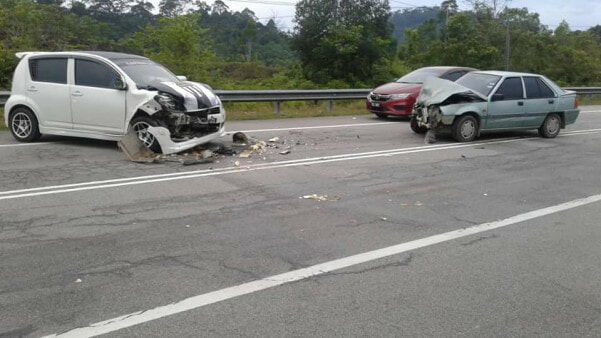 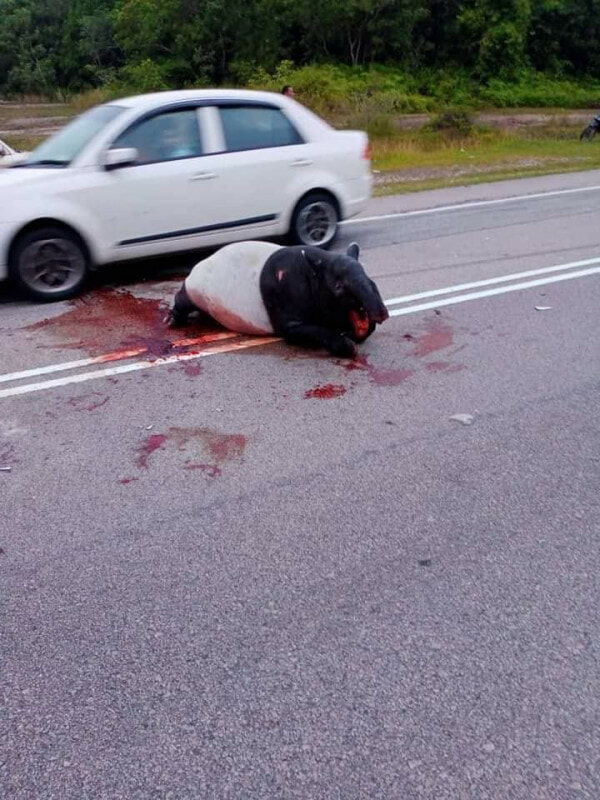 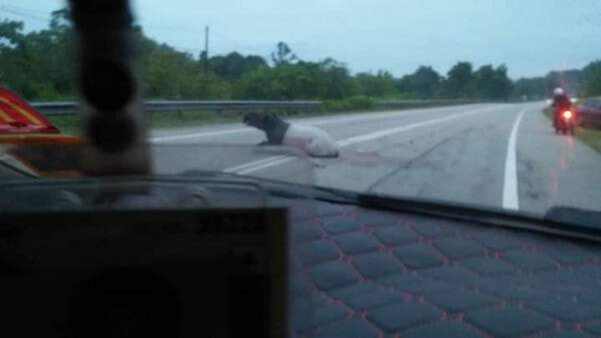 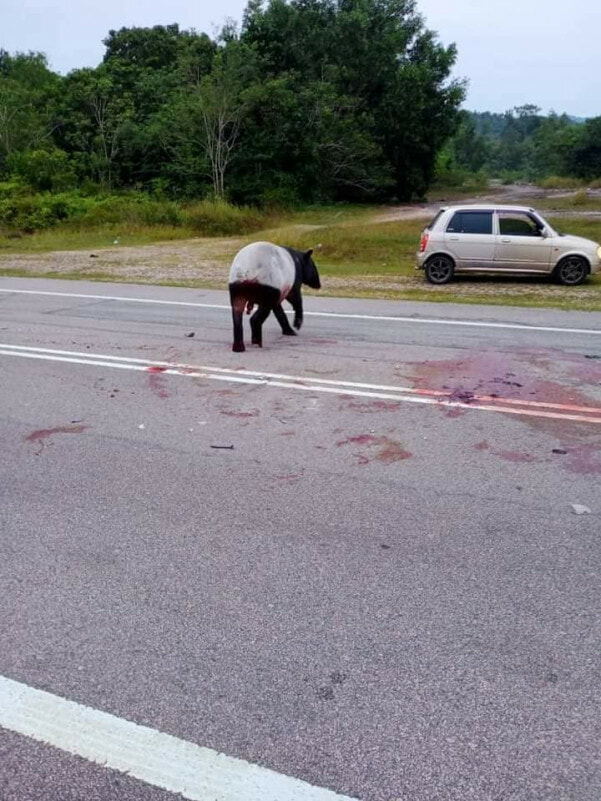 Initial investigations revealed that the accident happened when a Proton Iswara driven by a man in his 50s was coming from Bukit Besi and heading towards Dungun, went out of control and entered the opposite lane before the collision.

“The driver of the Proton Iswara car did not stop the vehicle and collided with a tapir who suddenly passed by and was believed to be entering a nearby forest,” a source said. 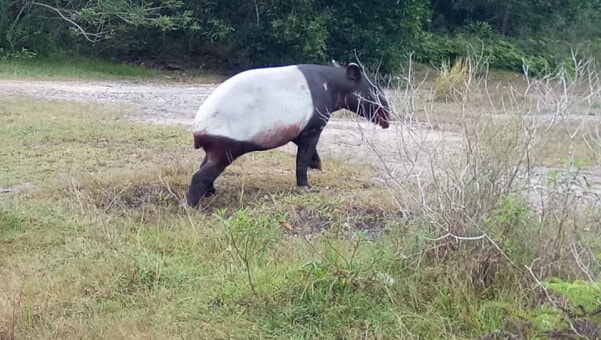 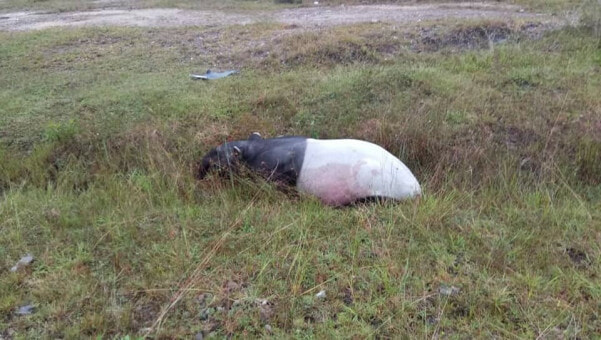 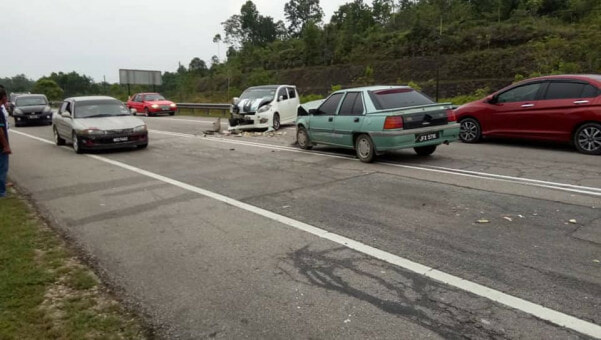 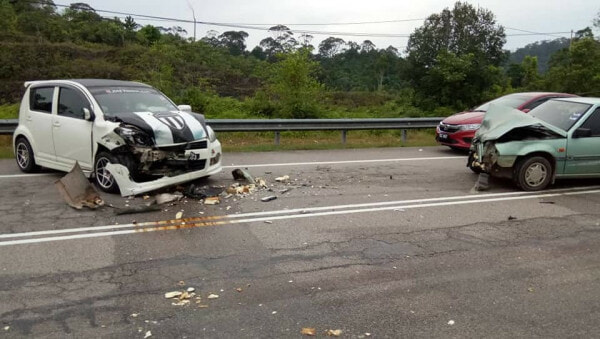 The vehicle he was driving skidded into the opposite lane and at the same time, a Perodua Myvi car driven by a man in his 30s came from the opposite direction and collided with the Proton Iswara.

“As a result, the two drivers suffered injuries and were sent to Dungun Hospital for further treatment,” the source told Sinar Harian.

Meanwhile, Dungun district police chief, Superintendent Baharudin Abdullah confirmed the incident when contacted. He said the tapir was handed over to the Department of Wildlife and National Parks (Perhilitan) for further action.

Road users are advised to always be careful when driving at night, especially when passing through areas near forests or wildlife habitats. This also serves as a reminder for road developers to build animal bridges to avoid accidents and loss of lives like these. 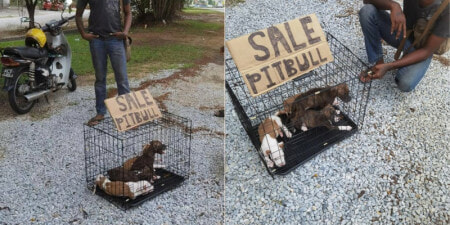