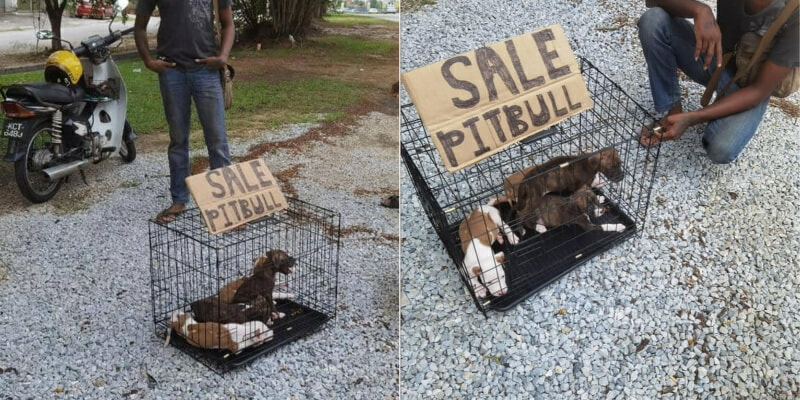 It’s no secret that Pit Bulls are illegal in Malaysia, yet they’re still being sold here.

In fact, one man is cruelly selling ‘Pit Bull’ puppies just by the road side, under the insane Malaysian heat, with no food or water to accompany them in their tiny cage.

Puah Hiapoon took to Facebook to showcase a man selling the puppies by the roadside in Bercham. The puppies were not even provided with food or water and were cramped in a tiny, little cage. 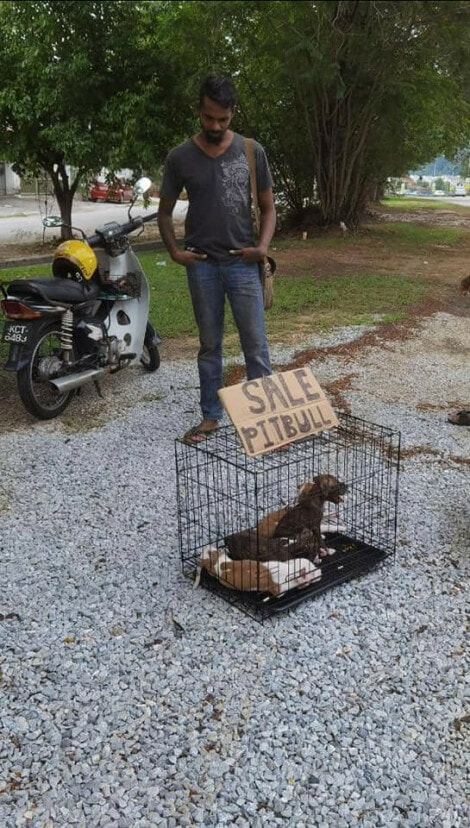 He wrote, “Hello, brothers and sisters. I just passed by the Bercham road in Ipoh and found a man with four so-called ‘Pit Bull’ puppies locked up in a small cage. The puppies looked exhausted, after the exposure to the sun. So, we approached him and asked, as we thought to buy the puppies from the man and give them away.”

He decided to try and buy all the puppies from the man so that he could find them good homes himself, but the price was too high. 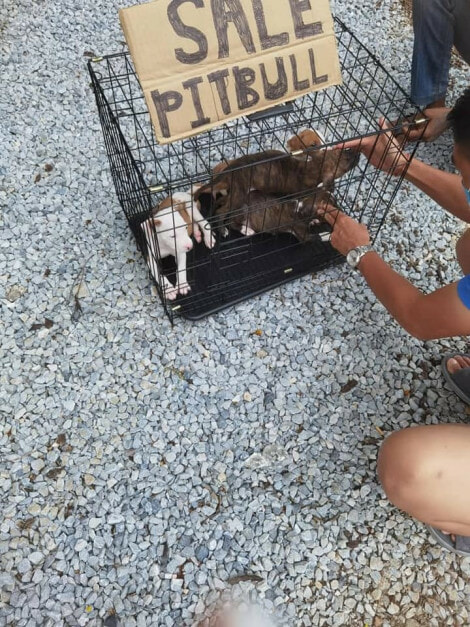 “Obviously, he was not the owner of the dogs, nor is he someone who keeps dogs, but also the price was RM2,000 for each one. For the sky-high price he was asking, we had to leave helplessly,” he added

We genuinely hope that someone saves the poor puppies from the seller and that the authorities prevent sellers from breeding the dogs to be so cruelly sold.

Also read: M’sian Man Appalled After Adopter Puts His Cats Up For Sale Just Weeks After Taking Them In