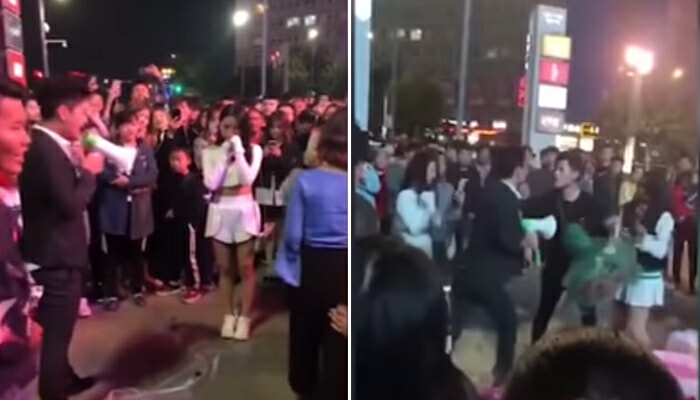 Imagine proposing to the love of your life… while someone else proposes to her simultaneously. Yup, that’s what these two men just experienced.

Recently, two men were filmed fighting on the streets of Changzhou in Jiangsu, China as they had both proposed to the same woman on Monday (15 Oct). 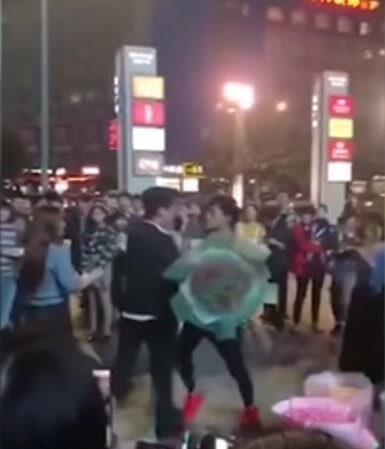 One of the men, named Xiao Yi happens to be a famous local blogger with over 380k followers on the video sharing platform, Kuaishou. He apparently planned and invited his rival on the streets to see who could win her heart, according to Astro Awani.

The both of them arrived with bouquets of flowers and were seen kneeling down at the same time, proposing to the same woman, Xiao Ai. Omg, awkward much? 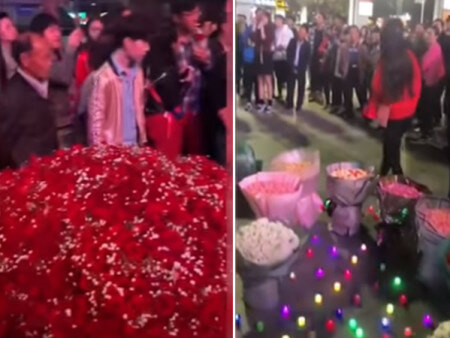 Then, Yi, the one in the suit, quickly grabbed the woman’s attention by telling her “Xiao Ai, I love you” using a megaphone that drowned out the voice of his rival. The other man felt offended by this gesture and angrily began attacking Yi. You can then hear the crowd telling them to stop.

If you’re wondering whose proposal Ai accepted, unfortunately, she didn’t accept any of their proposals.

You can watch the 37-second video here:

What do you guys think of this scuffle? Share with us your thoughts in the comments! 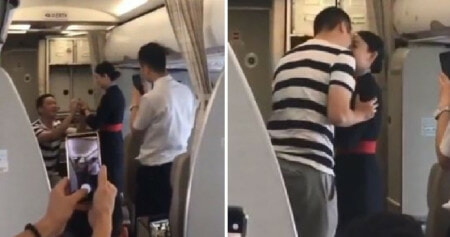