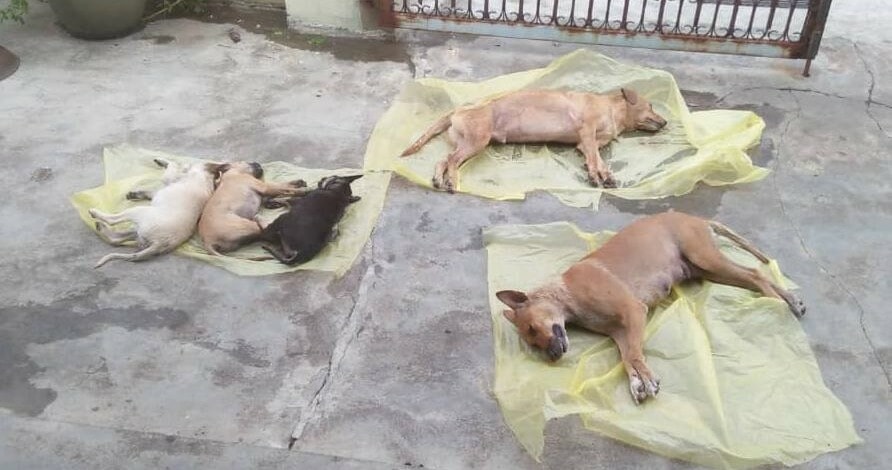 What did these poor animals ever do to be treated like this? It’s no secret that there have been lots of animal cruelty cases in Malaysia lately, and Sinchew reports that there is yet another one involving innocent dogs in Ipoh. The dog’s owner, who lives there, said that he suspects five of his dogs  were poisoned to death by someone on his street. 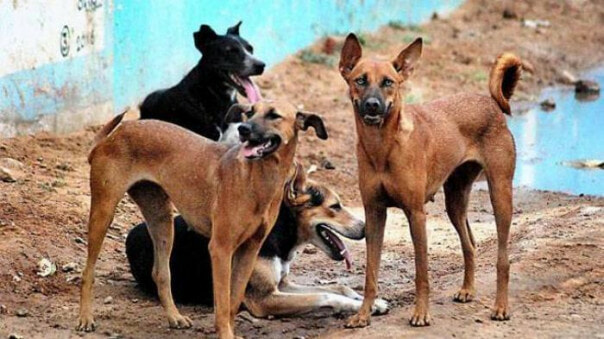 The owner, identified as Liu, said that he found the first dog at around 11pm on Friday (14th June) when the pooch staggered inside the kitchen. Liu said at that time the dog looked very weak, and they saw that it was foaming at the mouth. They tried to give the dog some water to revive it a little but unfortunately, the dog passed away.

Liu said that the next day (15th June), around 3am, he found another four dogs who were poisoned to death, one female and her three puppies who were lying near his house. Upon further inspection, he discovered that all four dogs were also foaming at the mouth as well. 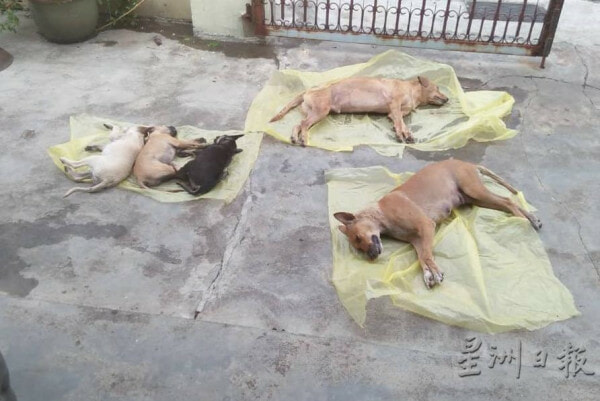 He suspects that all five dogs had been poisoned to death by someone, but he is unsure of what they have eaten. He also told the news portal that last year in August his dog had been poisoned to death by someone. Currently, he has made a police report and is waiting for them to start investigating who is the murderer who has been deliberately poisoning other people’s pets.

This is simply a very cruel and inhumane way to get rid of any stray animals around your house!

Also read: Dog and Her 4 Puppies Killed in Sabah after Someone Gave Them Poisoned Food 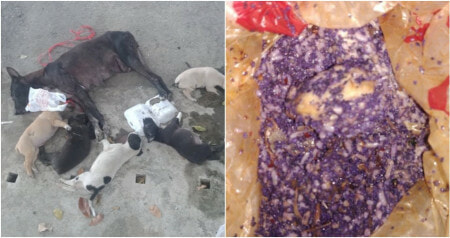