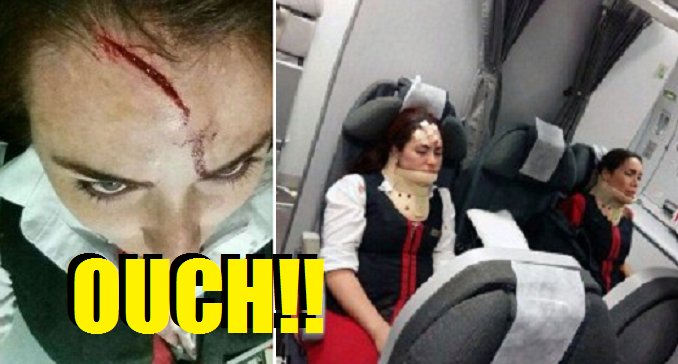 With the disturbing statistics of planes crashing, highjacks, and the infamous missing flight, MH370, the experience of flying has taken a whole new note. In these times, even the slightest bump on the plane can make you paranoid. 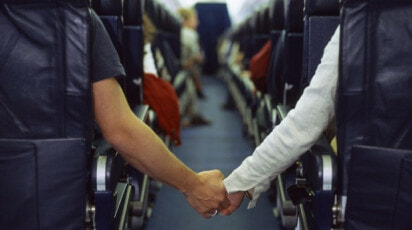 I would have cried out prayers and profanity both, should I have been on Avianca flight AV-965. This flight in question is the latest additional to turbulence history, leaving 23 passengers and crews injured. Pictures of an air stewardess with a nasty gash on her forehead, wearing a neck brace with a fellow staff have surfaced on the internet. 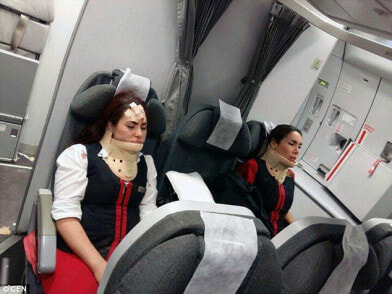 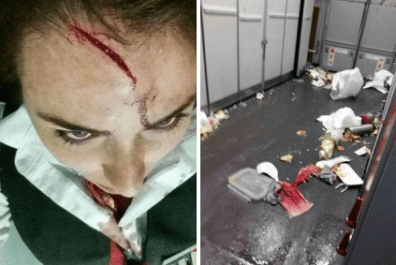 That must’ve been one heck of a ride!

On June 4th, Avianca flight AV-965 enroute from Lima to Buenos Aires overnight, when approximately 1.10am, the N279V aircraft found itself caught in a patch of bad weather over the Andes Mountain.

The magnitude of the unexpected turbulence that hit the Airbus left it’s passengers shaken with food, rubbish and a bloody tissue strewn across the floor, and parts of it’s interior broken. From the Daily Mail, it is said that both crews and passengers were unaware of the turbulence before them and were not wearing safety belts. 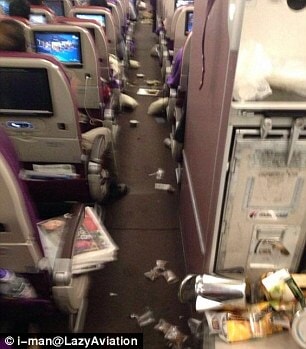 A representative from Avianca has commented: “Ten people were admitted to hospital for their respective checks. Six of them have already been released with the all clear and the four remaining, all crew members, continue to receive medical attention at the clinic.”

Passenger, Alejandro Babato had said: “Nobody from Avianca was there to meet us when we arrived in Ezeiza to see how we were. It was a miracle we survived.”

Another passenger advised how he/she witness a passenger being thrown out of his seat, and hit his head breaking a piece of the plane’s interior. 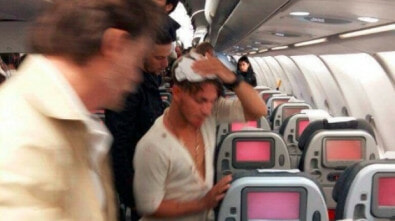 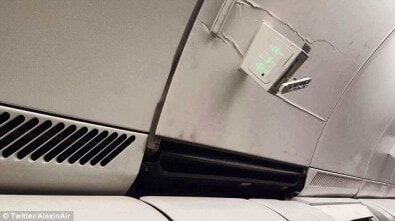 According to Aviation Herald, the Airbus had thankfully landed safely at Buenos Aires 80 minutes after the frightful ordeal. And despite the damage and aftermath suffered, it was reported the aircraft departed 6 hours later on a return flight.

As for ya’ll readers out there who are ravers, I know what you’re thinking.