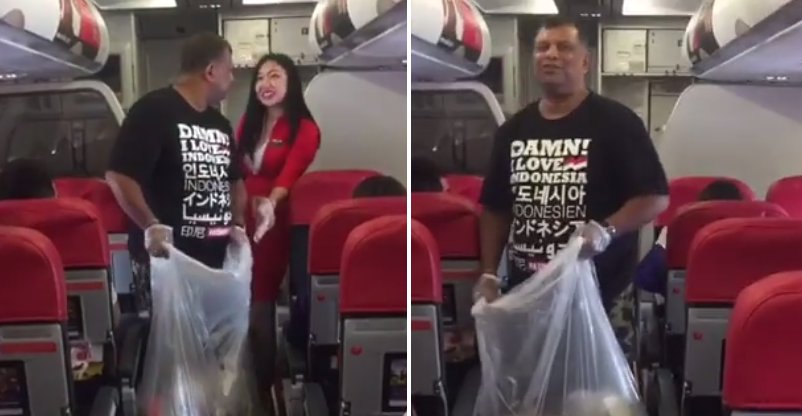 It’s always great to see high-profile people being so down-to-earth!

AirAsia’s CEO, Tan Sri Tony Fernandes perfectly demonstrated this when he was helping the stewards and stewardesses clean up a cockpit.

Little did he know that he was secretly being recorded by his colleague!

He then discovered the video and decided to post it on his Facebook page, where he explained that he decided to help them out because the flight was full, and also because it was International Cabin Crew Day.

“To all Cabin crew all over the world, especially my All Star cabin crew thank you for working so hard and making flying much more pleasurable.”

What a great way for a boss to show their appreciation!

Of course, Malaysian netizens were impressed by Tony Fernandes’ dedication to his airline, many of them praising him for not just sticking to his high-ranking, official CEO duties.

He was also commended for remaining humble despite being incredibly successful.

Tan Sri Tony has definitely proved that you can still remain humble and down-to-earth no matter how far you get in life! What a good example to follow! 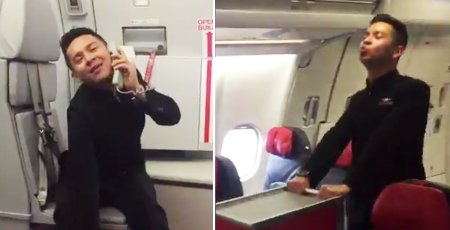