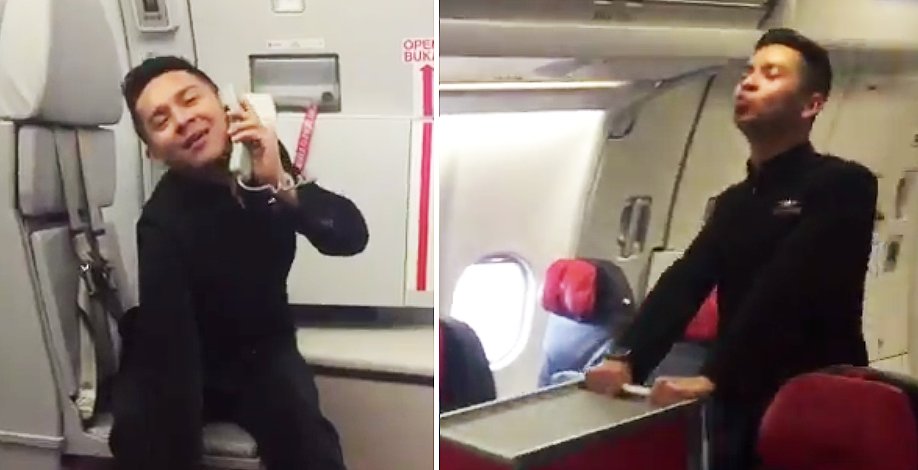 The life of an air host/hostess can be exhausting, demanding, and highly stressful. Like anyone, they need to find a way to let loose and have some fun every once in a while.

This was probably why AirAsia steward, Assraf Nasir, decided to unleash his fierce choreography at work.

Over the weekend, a video of him dancing and lip-syncing to “Toxic” by Britney Spears on an empty aeroplane went viral on Twitter and Instagram. 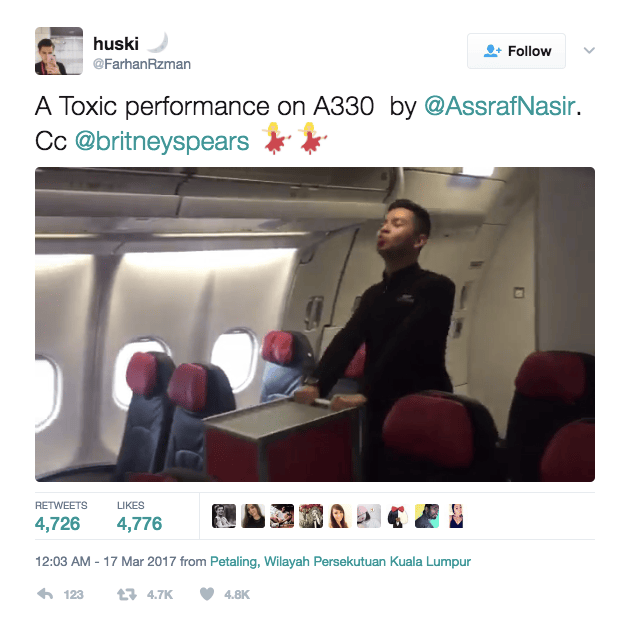 “hahaahahah I laughed until I nearly died. The part where he pushed the trolley hahah”

” Is this why AirAisa flights are always delayed?!” 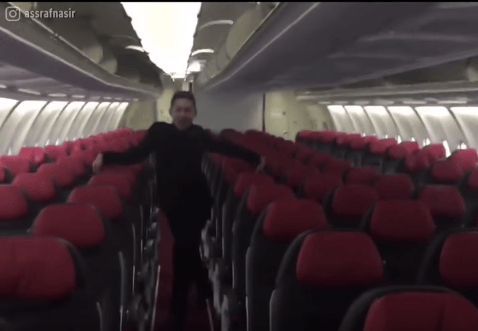 Assraf became an overnight sensation among social media users from all over the globe, including international websites like 9GAG.

He even caught the attention of none other than AirAsia CEO, Tan Sri Tony Fernandes himself! 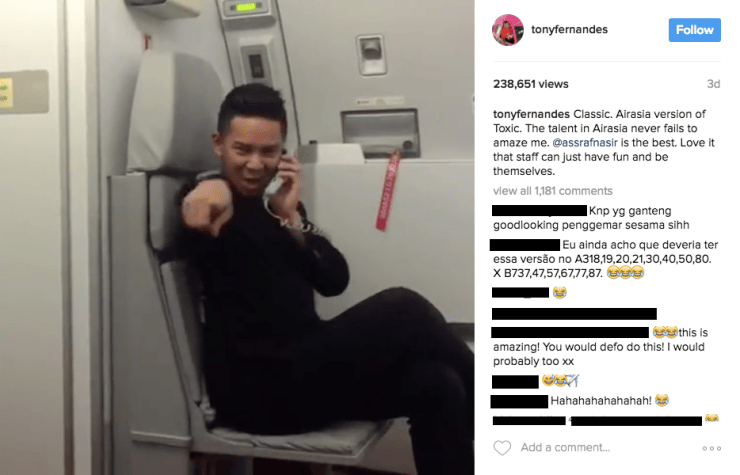 Tony Fernandes took to his Instagram to repost the viral video, applauding Assraf for his talent and ability to have fun while at work. In his post, he said,

“Classic. Airasia version of Toxic. The talent in Airasia never fails to amaze me. @assrafnasir is the best. Love it that staff can just have fun and be themselves.”

We love that his incredible dancing put a smile on everyone’s faces. Keep spreading the joy, Assraf!

Besides your typical trips, check how you can win a 7 day trip for FREE to Amsterdam and Belgium! Just by posting ONE picture too! Read more here.