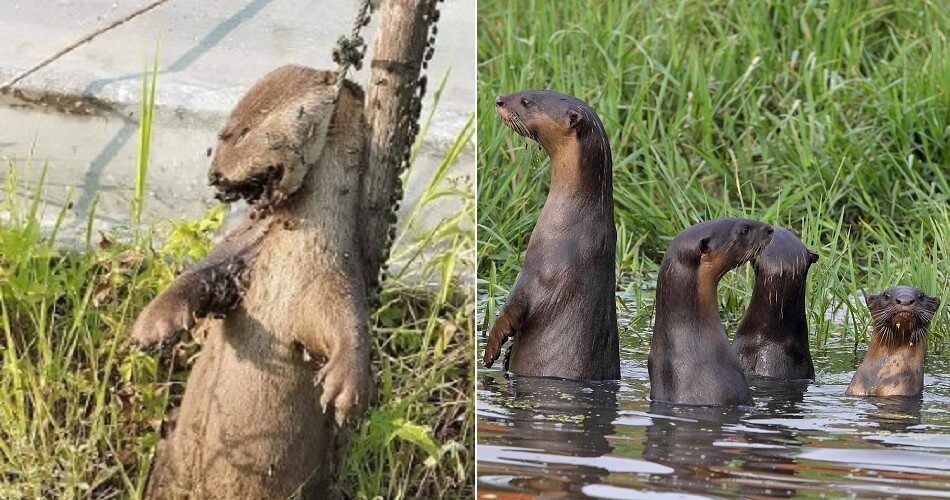 On Monday (4 March 2018), a horrid story about two otters which were brutally killed and hung by a fish breeder went viral all over the internet after netizens commented that the act was very cruel. Following that, a non-governmental organisation (NGO) is now offering RM10,000 to anyone who has any information that could lead them to the person who killed the otters.

Pasukan Tindakan Haiwan’s (AAT) president Shahrul Nizam shared that they received the information and the gory pictures from the public on 27 February 2019. Shahrul was quoted as saying,

“He sent the pictures because of a strong sense of humanity towards the otters but he didn’t know that the person who killed and hung them (the otters) could face legal action.”

FYI, otters are considered wildlife and they are protected under Table 2 of the Wildlife Conservation Act 2010 (Act 716). Other wildlife animals like tigers, honey bears, elephants, tapirs, etc are also protected by the aforementioned law.

Shahrul shared that according to Section 54(5) Act 716, wildlife animals which are caught or killed for the purpose of protecting a person’s life or property shall become the state’s property. Not only that, they (the wildlife animals) must be surrendered to the authorities without delay.

He reckoned that many people are unaware of the above-mentioned law because they are insensitive and they refuse to learn about it. As for now, the otters’ carcasses have been sent to the National Wildlife Forensic Laboratory.

If you didn’t know, the forensic laboratory actually belongs to the Department of Wildlife and National Parks (PERHILITAN) and it is also the only laboratory for wildlife in Asia. Cool! 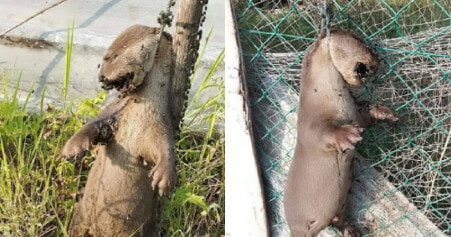