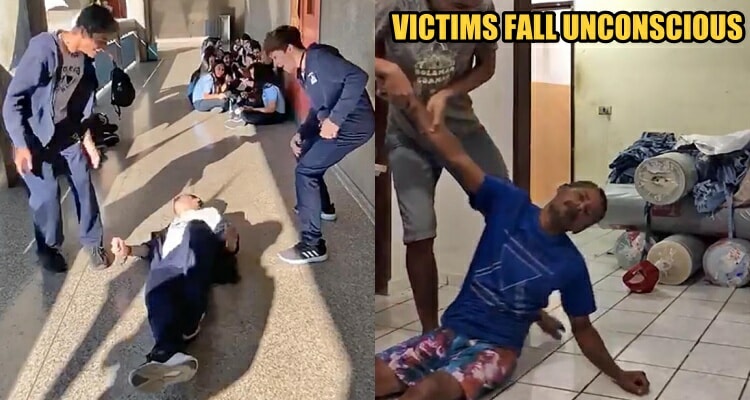 As we live on the internet, silly social media challenges kept emerging to get people’s attention. Many follow those challenges to feel involved and relevant, but often do not know the meaning behind the challenges.

TikTok has become the hub of challenges and old people like admin just can’t catch up on these trends anymore. A challenge called “tripping jump challenge” basically sprouted from the USA, where kids trick their friend to jump, and then proceed to swoop their legs from behind and trip their poor friend to the point where they land flat on the ground.

Sounds pretty dumb, doesn’t it? We cannot brain how this senseless prank is called a “challenge”.

Sadly, it is a real internet trend that has caused several victims to lose consciousness almost immediately after falling down. One girl from Brazil even lost her life because of this prank.

Here’s a video of the prank (uploaded on Scootah_real V YouTube Channel):

In the video, two “friends” tricked the victim to stand in between them and told the victim to jump after them, while other “friends” were recording at the scene. The victim jumped unknowingly and was tripped by the pranksters, leaving him to land on his butt and slamming the back of his head on the ground.

Even when he struggled to process what just happened, all his “friends” were laughing at how he ‘fell’ for the prank. It was obvious that he could not get up after falling, and his mate had to drag him away.

Many were enraged upon seeing this prank, and a Malaysian doctor, Dr Shazif Othman, told Astro Awani that these pranks will have circumstances ranging from headaches, physical injuries, to severe consequences like stroke, paralysis, and injuries to the spinal cord.

He emphasised that these pranks can not only cause permanent disabilities but long-term consequences as well. He had also warned parents and teachers to keep an eye on children to not follow this particular internet trend to avoid unwanted injuries and damages from happening.

We think people who carry out this prank aren’t friends of the victim, and they probably had the intention to hurt them. Please do not try this prank anywhere because you might just end up killing someone. 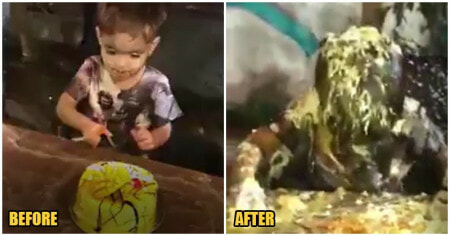