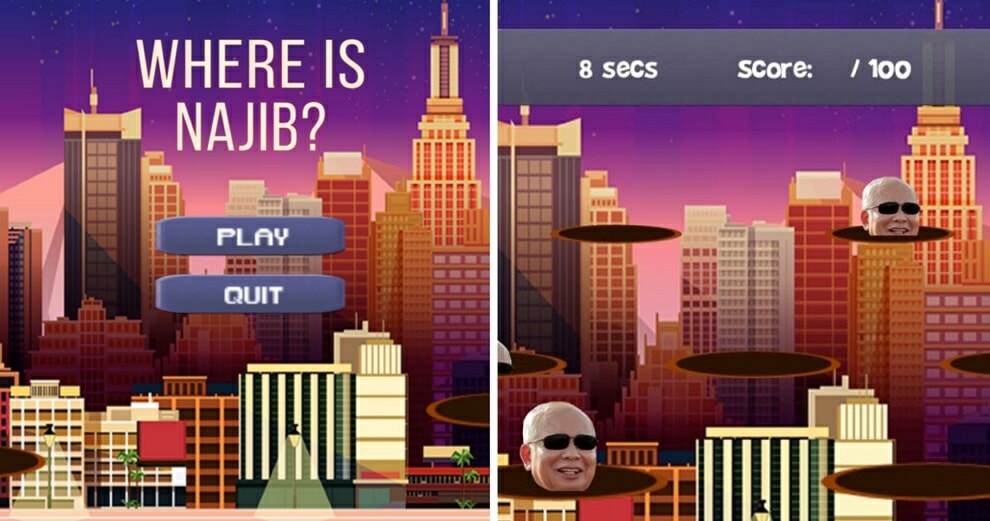 Source: Where Is Najib?
ShareTweet

A Singapore-based indie mobile game studio called Glassfire Games recently came out with a brand new mobile game, and it’s about none other than our former prime minister Najib Tun Razak!

According to Today Online, the satirical, whack-a-mole style game is called “Where is Najib?” as developers were inspired by the infamous 1Malaysia Development Berhad (1MDB) scandal. 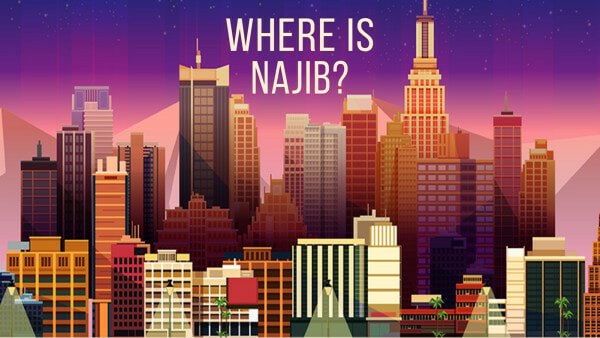 The gameplay is pretty straightforward – all players have to do is tap on the former prime minister’s head every time it pops out of multiple holes and a pink diamond will be thrown at him. The aim is to reach 100 points within 10 seconds in order to “find Najib”.

Players get up to 101 answers as to where Najib is, some of them including, “He’s watching Rosmah eat the last of his chocolates”, “He’s hiding the paper trail… by throwing away all his paperclips”, and “He’s in his car, awkwardly talking to himself about the weather”. 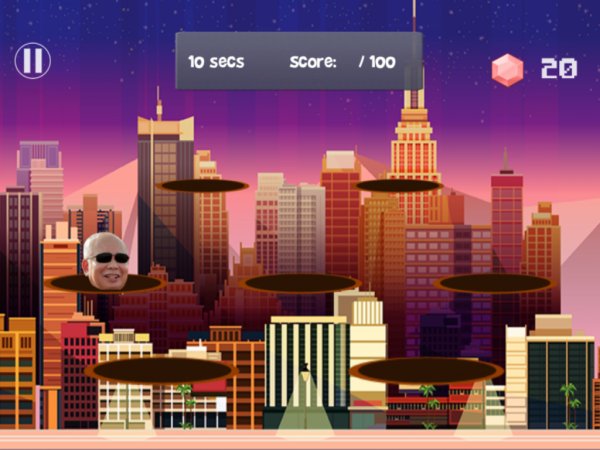 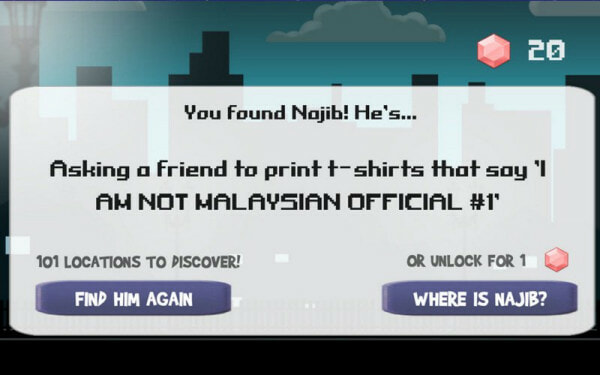 “We may be a Singaporean company, but we feel for Malaysians who have had to pay the price for the greed of those in high places. I think the events surrounding Najib and the 1MDB scandal are extraordinary, and of course, beyond awful.”

“I wanted to make this game not just for entertainment, but also to highlight, through satire, how horrifying it is that these events happened in the first place. And as a reminder that we cannot fear monsters while we are laughing at them.”

“Where is Najib?” is now free to download from the App Store and the Google Play Store. Will you be downloading this game? Tell us in the comments! 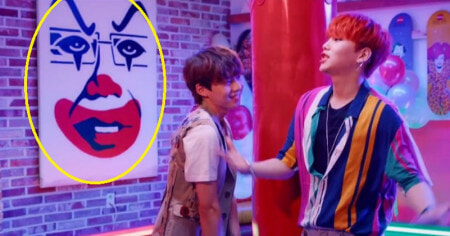