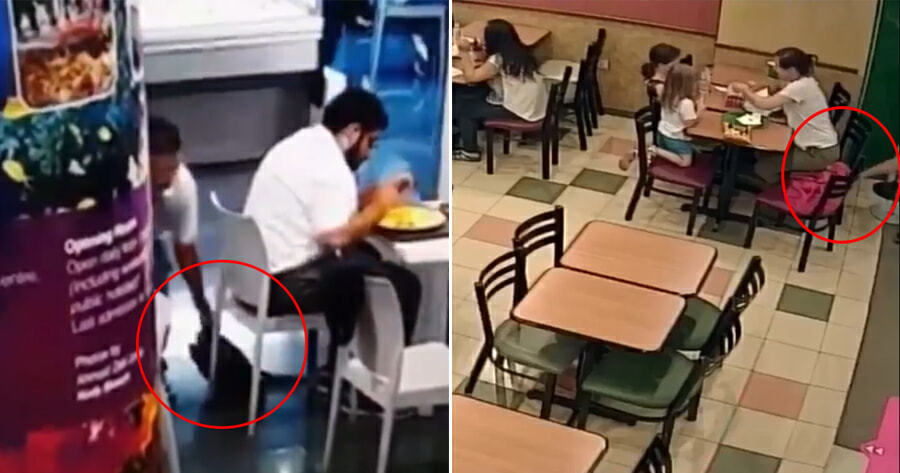 When people are not paying careful attention to their surroundings, it is actually really easy for thieves to steal their belongings when they’re out in public. If the thief in question is especially subtle, it can be even harder for people to notice anything amiss.

A video posted on Facebook is proof of that as a man can be seen stealing strangers’ bags in broad daylight on three separate occasions.

In the first case, CCTV footage shows him casually walking by two men sitting at a table and having a meal, probably at a food court. One of the men’s bag is placed on the floor which the suspect bends down to take and walks on ahead as if nothing happened. The two men, of course, were oblivious to what had happened and continued eating. 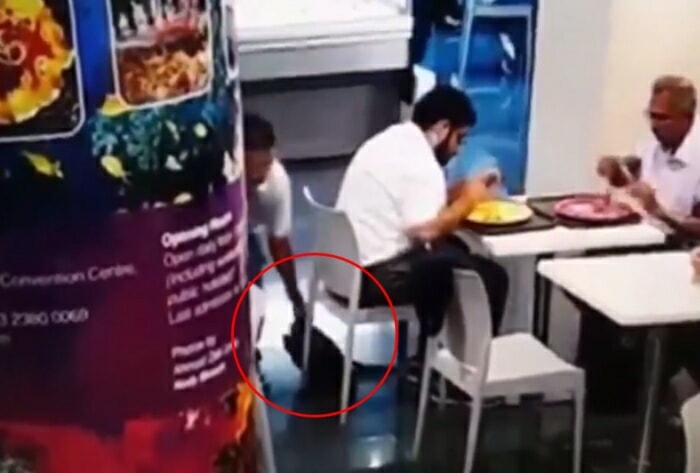 In the second instance, the video doesn’t really show what the man is doing, but from the looks of it, he attempts to steal a woman’s bag from behind as she also enjoys a meal with a friend at a restaurant. He is seen sitting directly behind the woman and pretending to read a newspaper as he looks around, waiting for the right moment to take action.

He then reaches out, grabs the bag and immediately walks away without anyone noticing anything. 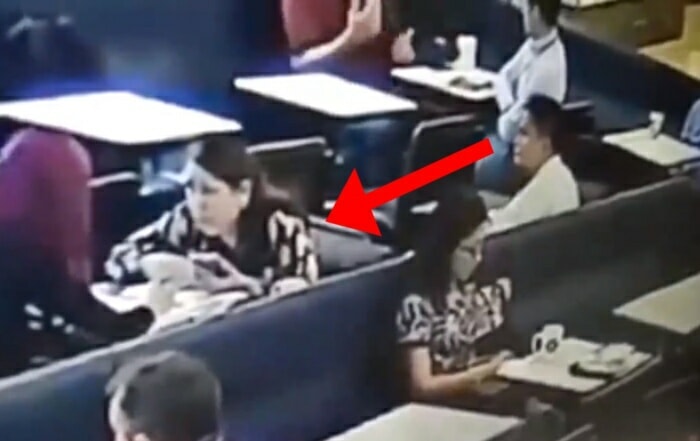 The third occasion is the scariest as he actually managed to steal a bag right under the nose of everyone in the shop. The video seems to have been recorded on 6th July at about 1pm, and shows eleven people eating at what looks like a Subway outlet. The suspect’s target is a mother with her two kids seated near the entrance of the shop.

The man walks past the woman and slightly pulls out the chair that her bag is on before walking further into the shop, pretending to be on the phone. He then walks back towards the entrance and pulls the chair again on his way out. 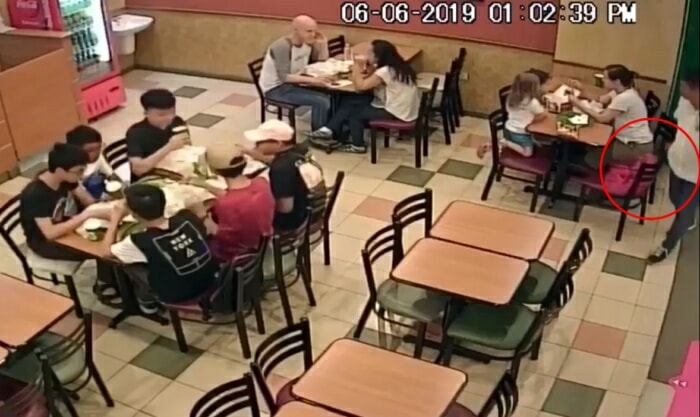 About 15 seconds later, he appears once more and tugs the chair again as he walks into the shop. Without hesitating, he walks back out while still “on his phone”. At this point, no one seems to have noticed him pacing back and forth in the shop, but even if they did, it would be too late as the suspect soon executes his plan. 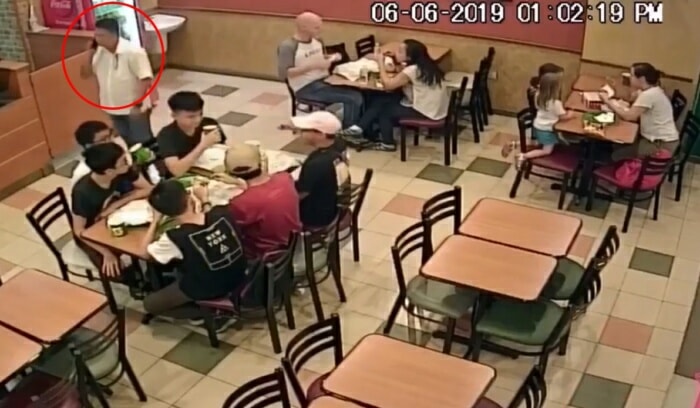 He doesn’t enter the shop this time, but the video shows his arm reaching out and grabbing the bag from the chair before escaping. Still, no one bats an eye even though everything had happened so clearly right in front of them. 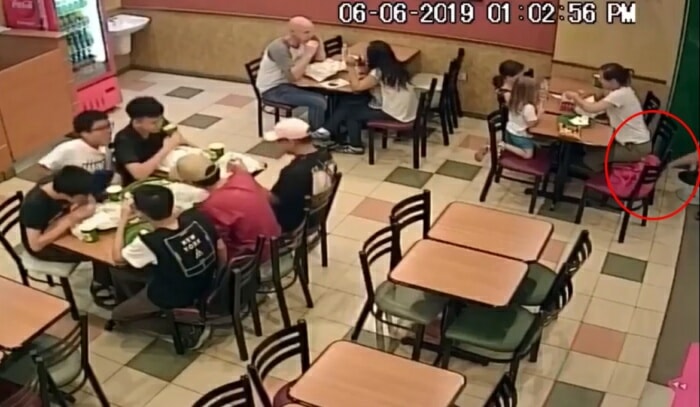 It is unknown exactly where these three thefts happened, but they are believed to be places in Kuala Lumpur.

1 thief 3 crimes. Watch how this “magician” makes your bag disappear right under your noses. Do be watchful over your valuables.Ladies, guys. This guy is on the hunt for your belongings and he has his own sleek way of doing it. Beware! Spread it around until he is caught. #PDRM

Posted by 我们是马来西亚人 We are Malaysians on Monday, July 8, 2019

It’s shocking to see how easy it is to steal someone’s bag, and it’s even more shocking that people don’t seem to notice. Hopefully this serves as a reminder to all of us to always be watchful of our own belongings as they could be stolen at anytime, especially when we’re too engrossed with whatever else we’re doing. Stay safe, guys!

Also read: Kantoi! These Girls Tried to Steal Shoes but Ran Away After Noticing CCTV Camera Watching Them 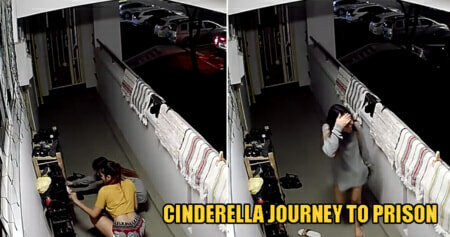