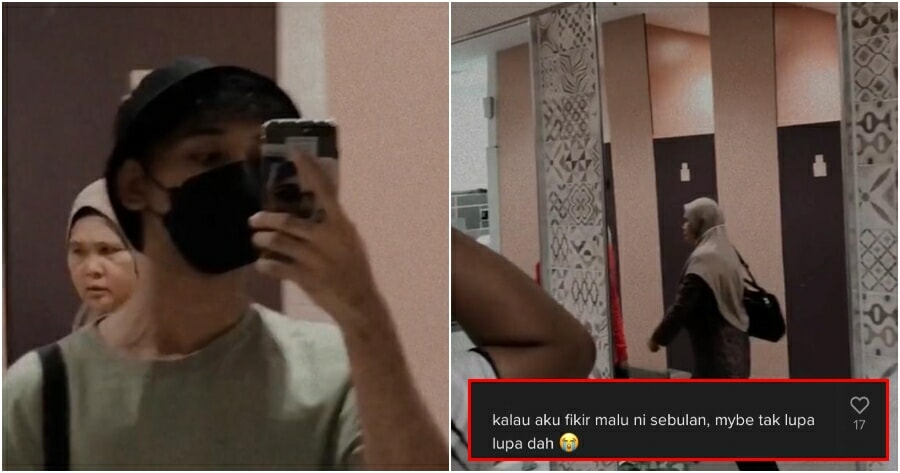 Sometimes people tend to do something that is awkward or embarrassing with or without even noticing. That is besides getting second-hand embarrassment, which is ten times worse than actually going through that awkward moment yourself.

Recently, a TikTok video went viral as it featured a confident Makcik was casually leaving the men’s toilet after realising that she was the wrong toilet. 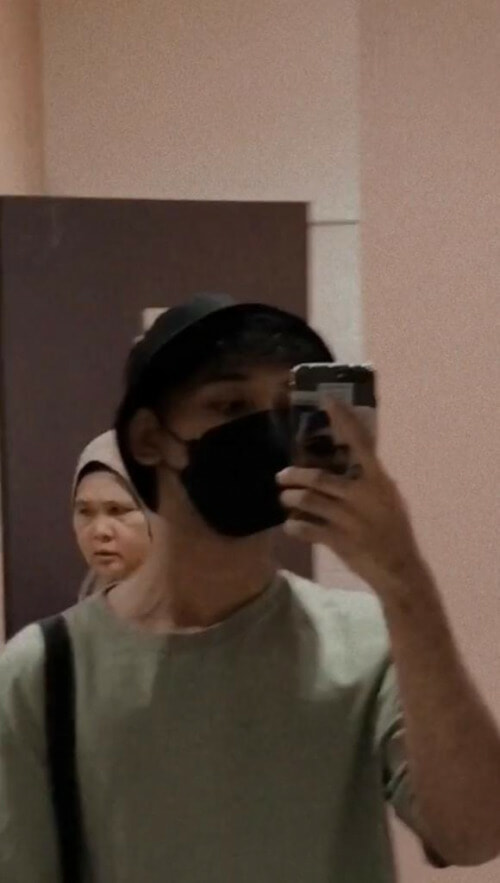 The caption of the TikTok video reads, “It’s okay if you enter the wrong toilet, confidence is always key. HAHAHAHA. By the way, this is the men’s toilet.”

The user who was attempting to take a video of him and his friends in the toilet, caught this Makcik in 4k as she exited the wrong toilet.

Without taking a second glance, this Makcik confidently walked away out the toilet. Even @theqeel and his friends were doubting themselves after having witnessed the unusual moment.

TikTok users were humoured by the Makcik’s confidence

Receiving quite an audience, the TikTok video has amassed 1.3 million views with 208.6k likes. It was also flooded with comments by netizens who praised the confidence of the Makcik and what had to be going through her head during the moment.

“I think the Makcik must have been in the toilet for ages. Thinking of a way to go out without people noticing,” said one user.

Another user commented saying if they were in the Makcik’s place, they would not step foot in any public restroom anymore after the incident as they would be traumatised! 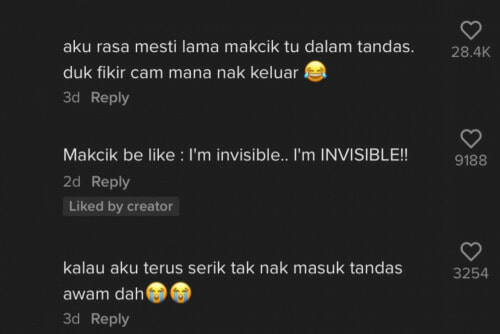 Another TikTok user joked, “It’s not the woman’s fault, it’s the toilet’s fault“.

“Hahaha she walked out like YOU are in the wrong toilet instead,”

Meanwhile, some commented on how they had gotten second-hand embarrassment after watching the video. 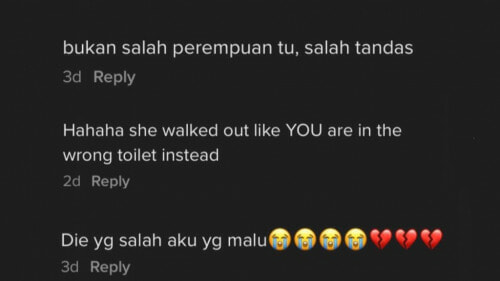 You can checkout the full @theqeel’s TikTok video here.

Let us know if you have ever experienced something like this in the comments down below. 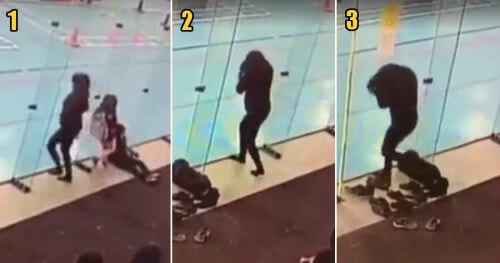