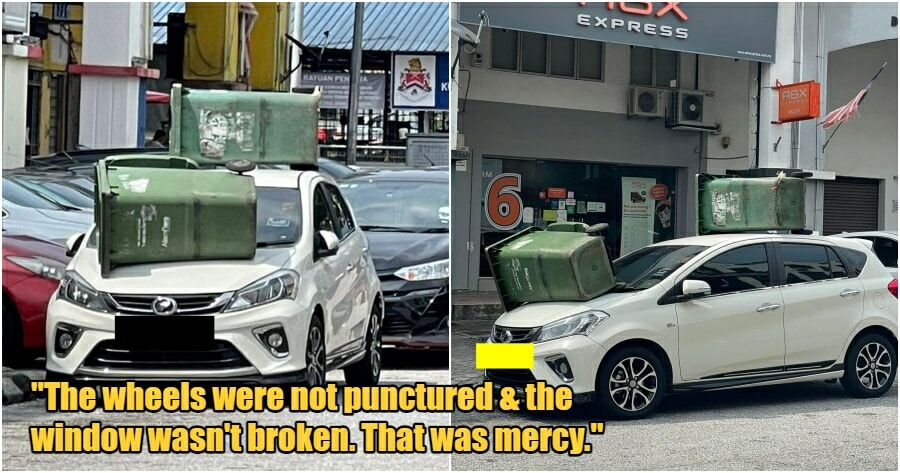 Getting yourself a parking spot can be hectic at times, especially during peak hours. Regardless, it is never a reason to double park but if it’s proven to be your last resort, the least you can do is to leave your contact number.

Recently, a driver decided to double park his Myvi at an area in Kuchai Lama, KL WITHOUT leaving his contact number. According to a post shared in the Facebook group Malaysia Automotive Shitposting on Wednesday (18 May), the owner of the car who was blocked by the white Myvi had to honk continuously for 35-40 minutes. 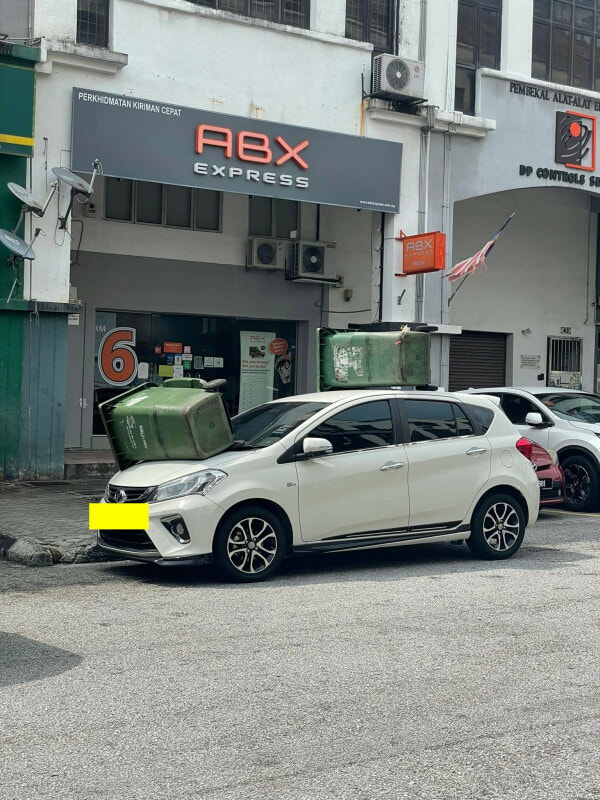 Overwhelmed by anger and frustration, he then decided to “punish” the King by placing 2 big green garbage bins on the Myvi – 1 on its roof and the other on its bonnet. 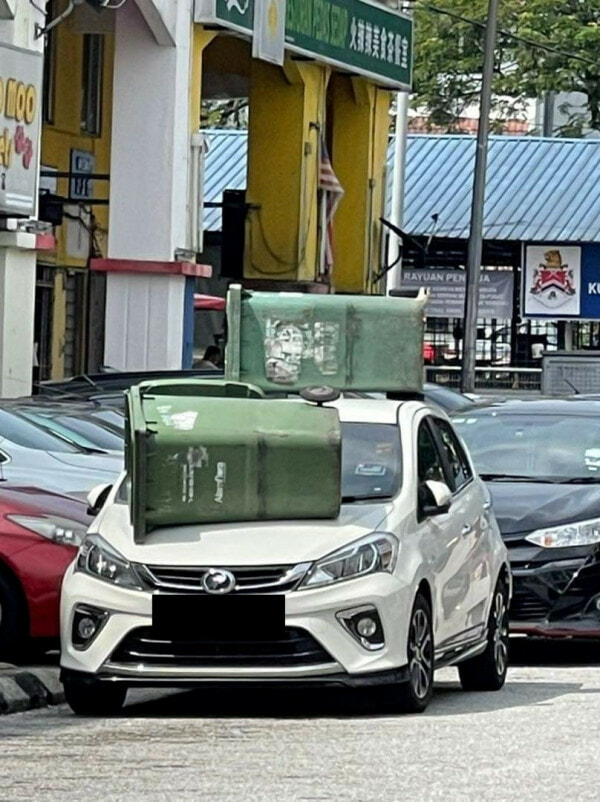 The King had it coming

The post immediately gained attention from fellow netizens and most of them are amused to see the kind of “treatment” that the King had received for his decision to double park without leaving at least a contact number. 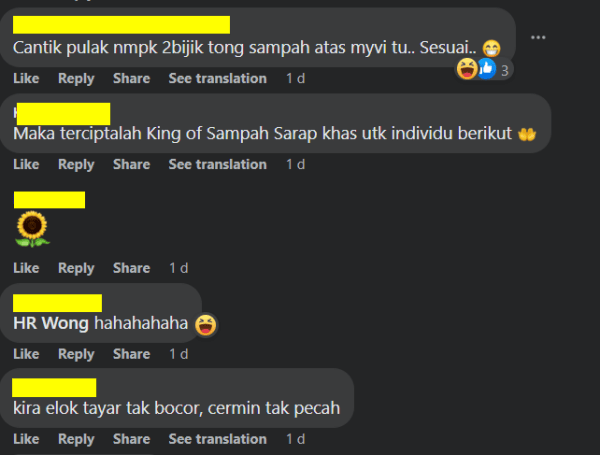 “The Myvi looks good with 2 garbage bins on it. Compatible!”

“And for this, the King of Garbage was invented for the driver.”

One netizen also thinks that the “punishment” was considered merciful given how the car was left in good condition.

“The wheels were not punctured and the window wasn’t broken. That was mercy.”

“Should’ve just dropped the garbage in the bins onto the bonnet.”

“The King is now a garbage bin.”

In the meantime, a netizen shared his thought on how the situation could’ve been handled if the driver who was blocked was really in an emergency.

“Just break the window and push down the handbrake, then move the car aside. My advice is to NOT double park. Just park somewhere where no one parks and the most you’ll get is a summon. Don’t trouble the others.”

Some people seem to have their own methods in handling double parkers. While the act of double parking is never condoned, do you think trashing the vehicle is a good way to teach the driver a lesson? How would you have handled the situation?

Also read: M’sian Gets His Myvi Damaged By Woman in KL For Allegedly Double Parking 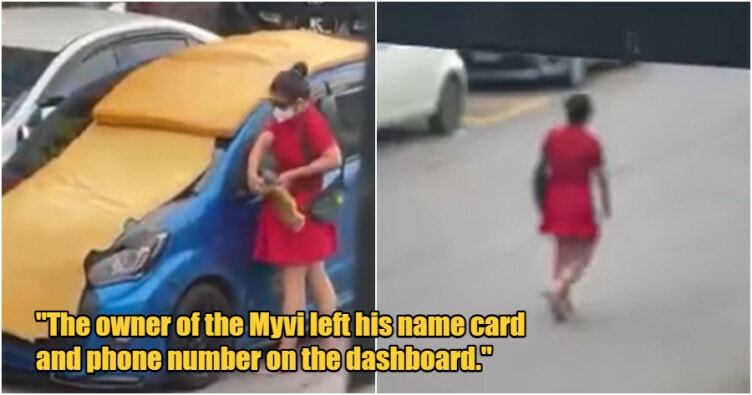