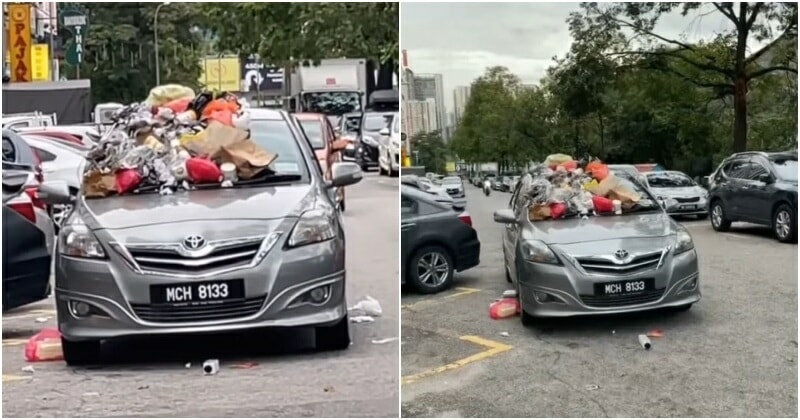 A Toyota Vios that was double parked and blocked an empty parking lot had its windscreen covered with garbage.

A Facebook page titled You Drive Like An A**hole (YDLAA) had posted a video of the said car earlier today. It can be seen that there are in fact multiple empty parking lots. However the driver of the said car had decided to double park behind a parked car.

It is unclear as to who had “decorated” the windscreen with the pile of garbage. Must have been someone who was out to teach such drivers a lesson!

Netizens were concerned that the driver upon returning to the car would zoom off out of embarrassment making the pile of garbage fall onto the road, giving cleaners extra work.

“Should have a follow-up video where he throw the rubbish. If he throw it on the roadside, send the video to authority and get him fined for littering”, suggested another netizen.

Do you think the driver deserved it or was this going too far? Leave your comments in the comment section below. 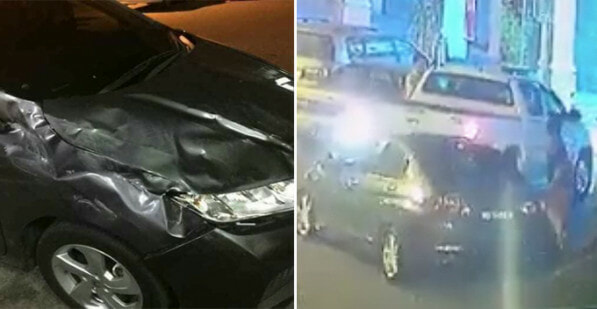