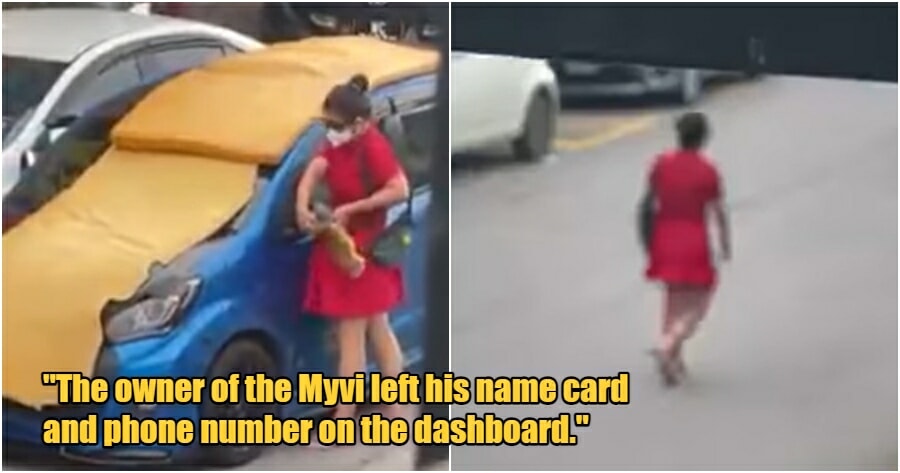 The difficulties in finding a parking spot, especially during peak hours have prompted some drivers to double park for their convenience. Most of the time, they don’t leave their contact numbers behind.

Recently, a man double-parked his Blue Myvi someplace in Pandan Indah, KL and what happened after that may serve as a reminder for him to not double park in the future. A video that shows a woman in red damaging his car by breaking the side mirror has been shared by Facebook page Pandan Indah. 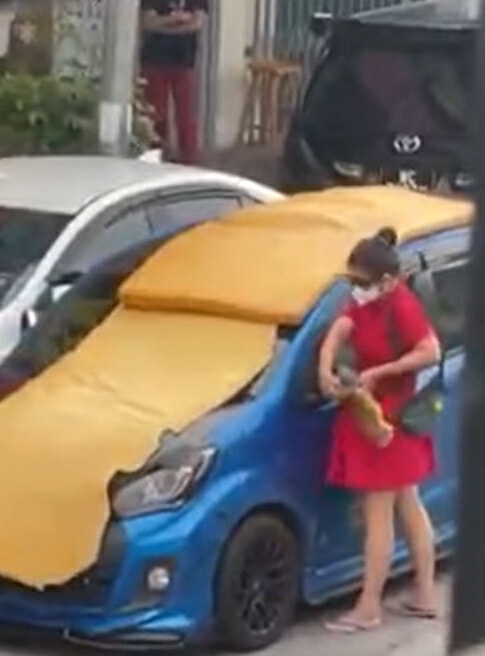 The Myvi owner went to his office in Pandan Indah on Wednesday evening (23 March) and after making a few rounds, he still could not find himself a parking spot. That prompted him to double park below his office. To his defence, he said:

“The white car that was parked beside me was my colleague’s. I even left my name card and phone number on the dashboard.”

He was surprised to come down from his office and find out that his side mirror has been damaged. The video was recorded and shared with him by the shop owner just in front of his office. As for the identity of the woman in red, he said that he stays in PJ and only travel to Pandan Indah for work, so he does not know who the woman is. 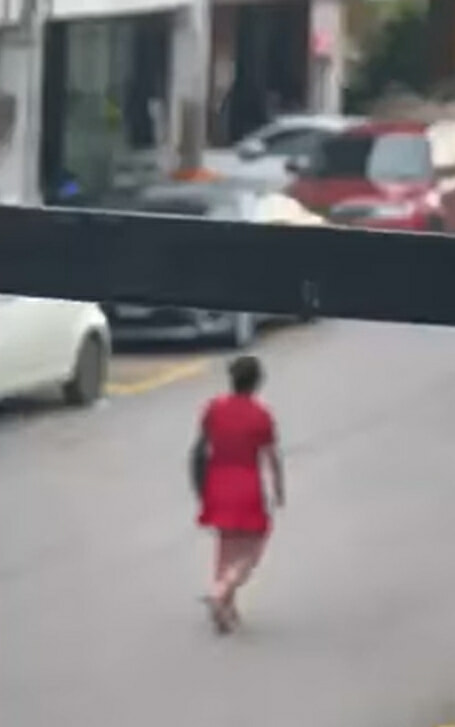 A police report has been lodged and he admitted that it was his fault to double park. The police may also be issuing a fine to him. However, he feels that the woman in red owes him an explanation for her actions. He left his phone number in the post and hoped that the woman in red will reach out to justify the incident. You can watch the full video below.

You double-parked, so you’re at fault

Netizens have expressed their take on the incident and most of them sided with the woman as double parking has caused a lot of inconvenience to other road users. 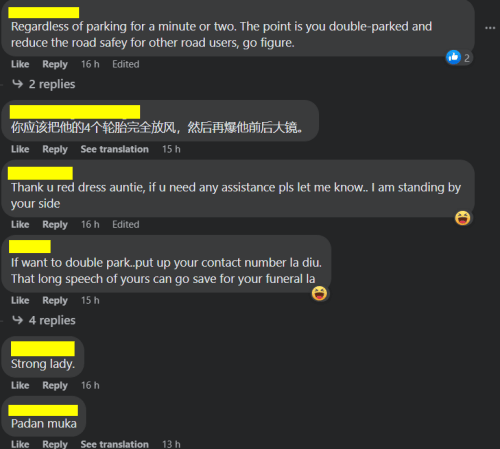 “The aunty should’ve damaged all 4 wheels, then the front and back windscreen.”

To double park is undeniably a risky decision to make as it does not only bring inconvenience, it may also endanger other road users. Do you think the driver deserved it, or do you think the woman had taken it too far? 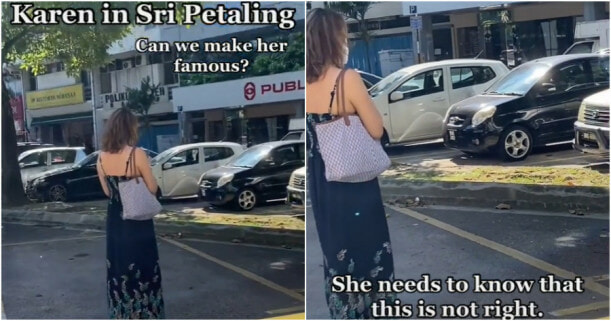