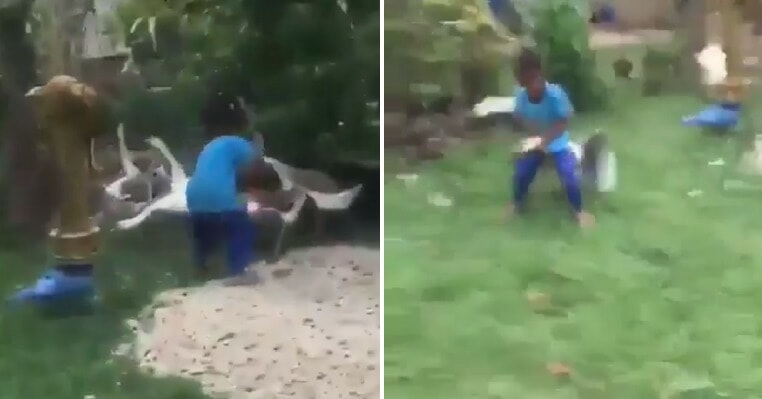 Geese are known for being rather territorial birds who will chase or attack humans encroaching their territory, so if you encounter one, make sure you don’t aggravate it. They are so territorial that some people will use them to guard their house instead of using dogs as they make pretty good sentries. 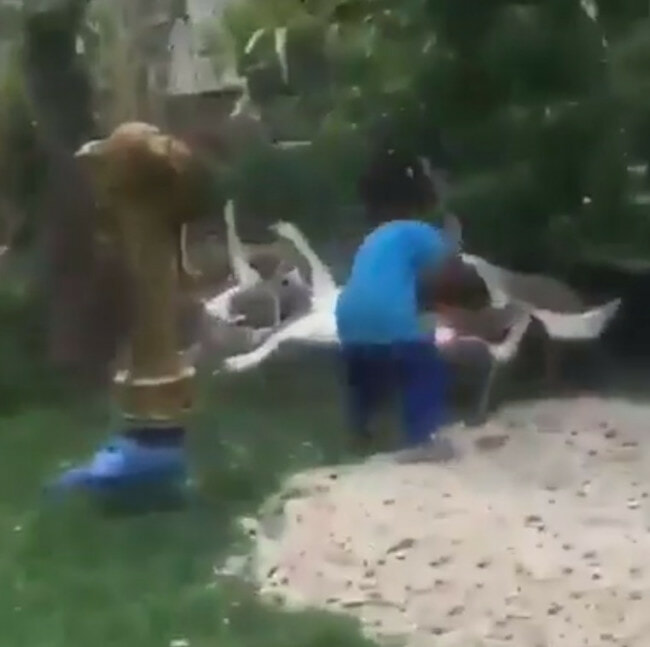 Generally, people tend to stay away from geese if they see any, but recently, a video went viral on social media showing a little boy doing exactly the opposite. In the short 16-second video, a little boy can be seen approaching a group of geese and shouting at them.

One of them gets aggressive and starts chasing after the little boy as he walks away. Now, the normal thing that one would be doing in this situation is to back away slowly while remaining calm so that the geese don’t attack you. However, this little boy had other ideas as he decided to show the goose who’s the boss by giving the animal a taste of its own medicine. 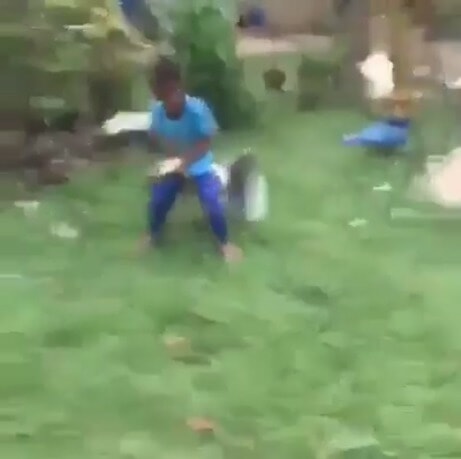 He turns around and grabs the goose by the neck, almost like he’s setting up a wrestling move. Boy and animal struggle for a while before he finally lets go of the bird. He hops off while laughing all the way and the goose walks off, shocked but physically fine. The boy’s actions are done in jest, rather than intending to harm the goose, so the animal is unhurt by the rough housing.

Netizens were amused by the incident as many of them said that if they saw a goose coming at them, they would have run away, but the little boy was so brave that he went over and challenged the bird. TBH, I would run off too! It is unclear where the incident happened.

Now, we should leave animals in peace if they are not bothering us but this little boy sure knew how to handle an irritated goose! 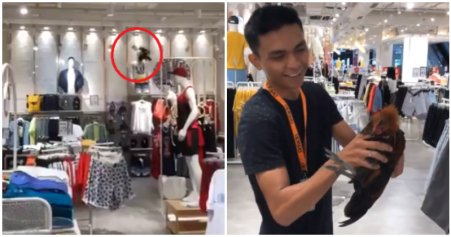