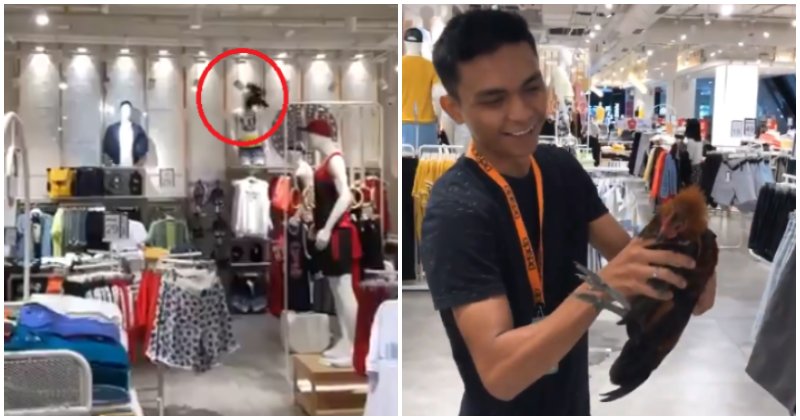 Why did the chicken cross the road?

Because it wanted to go shopping at the DeFacto outlet at the Setapak Central Mall, of course!

In a now viral Twitter video by Pizza Emoji (@Flzhksma), a chicken can be seen trying to fly onto a mannequin on the high shelves just as a DeFacto staff tries to reach for it. What ensues could possibly be the cutest and funniest 12 seconds the Malaysian Twittersphere could ask for.

The chicken, clearly in a panic, knocks the mannequin off its shelf while changing its direction to avoid the DeFacto staff, who manages to catch the mannequin in the nick of time. Macam straight out of a movie je!

After setting the mannequin down, the staff member goes in for round 2 considering the chicken had been cornered against a wall.

But when he reached for the chicken, it once again managed to escape his grasp and sprints away as fast as it can (you can straight up see how scared this chicken is) before the video ends.

In a second video, the DeFacto staff member is holding up the chicken (unfortunately we didn’t get to see how that wild goose chas- or should we say wild chicken chase ended – considering some netizens pointing out that the bird is a jungle chicken) as spectators cheer on and joke about whether the chicken should be fried.

Netizens have since took to the comments to share their opinions on where the chicken could have came from in the first place, while others praised the retail staff’s reflexes and catch.

This comment reads, “The chicken is from the Nando’s next door in fear of getting slaughtered.” 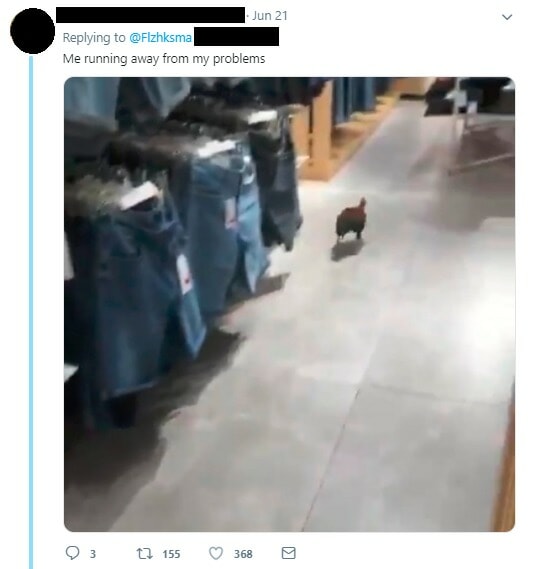 It’s still unknown as to what happened to the chicken but let’s hope that after the day it’s had, someone took it somewhere it can run around without any staff members chasing after it.

Pizza Emoji’s posting has since received over 29,900 retweets.

Can’t a chick just shop in peace without having to be chased by a guy? 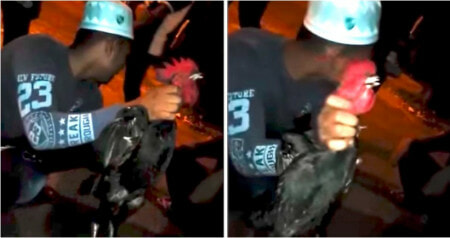