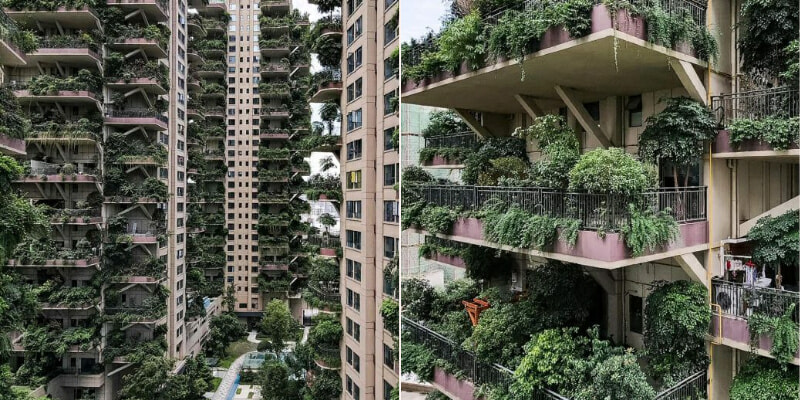 It’s honestly a beautiful image to see an apartment overgrown with greenery in the midst of the hustle and bustle of the city.

Not only does it add to the environmental value of the development but it also adds a certain wow factor to a concrete jungle like Chengdu, China.

But, as according to The Straits Times, what was supposed to be an eco-paradise has now turned into a mosquito haven due to long neglect. The apartment building, the Qiyi City Forest Garden apartment, apparently has around 826 units and started selling in April but only about 10 families have moved in so far, causing a lack of maintenance for the plants placed on the balconies of every unit. 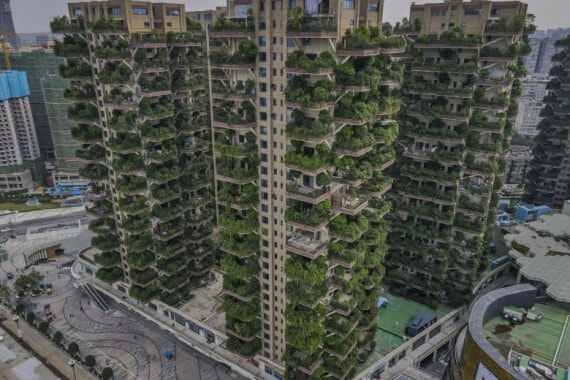 This caused the plants to overgrow lush and wildly, swallowing the building in its growth and giving it a post-apocalyptic vibe. 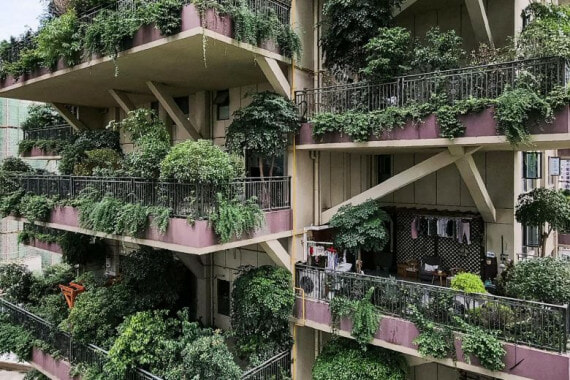 But that’s not even the bad part.

The overgrown plants have apparently attracted hordes of mosquitoes, which is now causing the apartment to lose its attraction value. 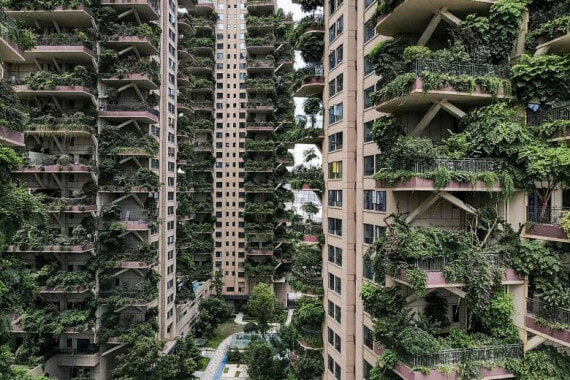 The apartment went into construction in 2018 with the aim of attracting nature lovers, with a multitude of potted and planted greenery but did not expect the end product to turn into a sanctuary for mosquitoes and other bugs.

Though the future may seem even more apocalyptic for the apartment building, the residents who already call the location ‘home’ are banding together and taking the initiative to help clear out the overgrowth.

Let’s hope they succeed as we still have hope for what could be a shining beacon of greenery in a city of bricks and concrete.

Also read: JPS Showcases Before & After Transformation Of Reservoir As Mounds Of Rubbish Clogs Its Drains 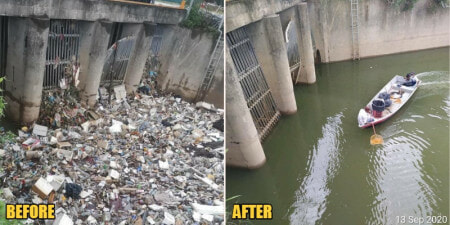