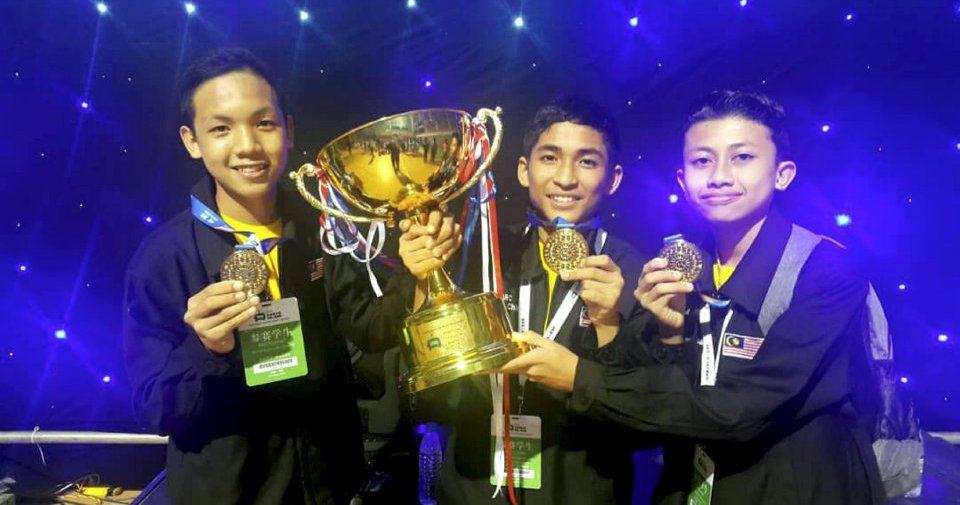 Yet again, Malaysians have made us proud on an international arena!

Berita Harian reported that yesterday (24 July 2018), three students from Sekolah Menengah Sains Kota Tinggi (SAKTI) have emerged as champions in the World Robot Olympiad (WRO) that was held in accordance with the World Adolescent Robot Contest (WARC) 2018 in Guizhou, China. 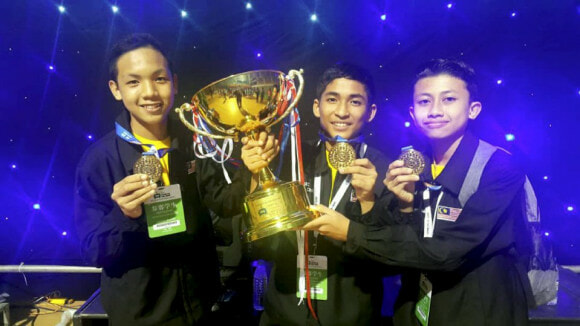 Nonetheless, this victory wouldn’t have been possible without the support of people like their principal Mohamad Mahadi and the co-academic of Kota Tinggi’s district Education office, Ishak Ismail. The two men have been supporting them in the competition which started from 20 July 2018 to 24 July 2018. They must be really proud of the boys!

Ecstatic with their glorious win, SAKTI’s co-curriculum senior teacher Norjaslina Isa said that the school is grateful for their win in the robotics competition. She added that it was a hard-won fight because team Russia was a tough competitor but she is thankful that their hard work finally paid off.

“They were champions at the state level National Robotics Competition (NRC) but we didn’t expect that they will be announced as world champions for the Junior High category too.”

“Their training, which began last year, was fruitful. Thankfully, all the knowledge gained during the training sessions were used fully throughout the competition.”

Isa also shared that they knew about the victory through an unofficial Whatsapp message sent by Ahir at 9 pm before the boys received the trophy.

Prior to this, SAKTI won the gold medal in the same championship in 2014 at Sochi, Rusia under the same category – Regular Junior High division. 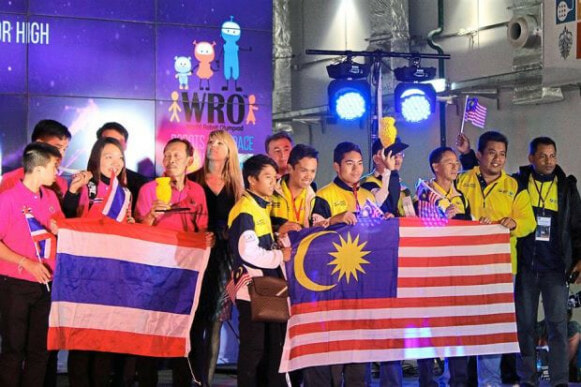 On a side note, SAKTI regularly sends their students to international robotics competitions all over the world, including Indonesia, Russia, Qatar, Korea, India and Hong Kong.

These boys have definitely made Malaysia proud! We extend our warmest congratulations and hope that they will continue to achieve greatness.

All the best, boys! 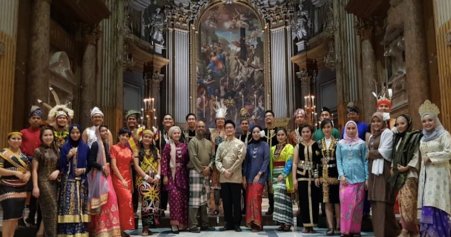