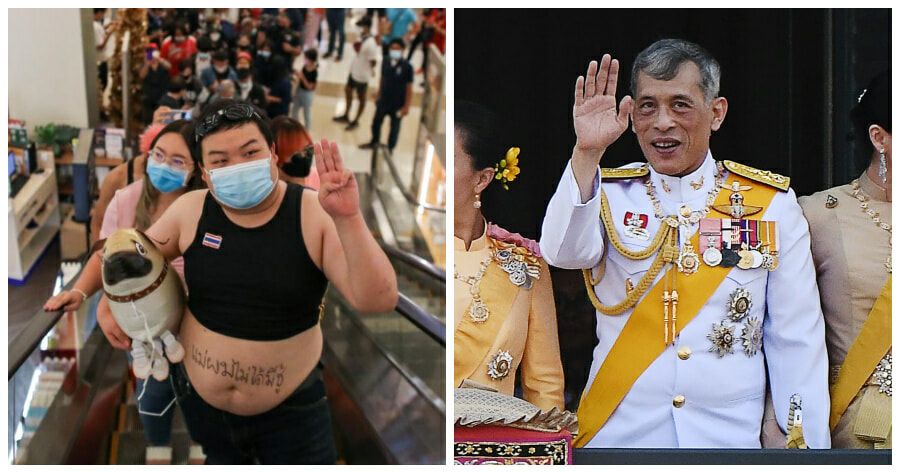 The disdain many citizens have for the Thai monarchy isn’t really brand new news to most of us, and protests asking the king to resign has been a common sight since July.

But Thai activists are getting more and more creative with their protests, with a recent shopping mall protest on 20 December seeing some of Thailand’s most highly profiled protesters sporting crop tops in retaliation against lèse-majesté laws, reports Reuters. 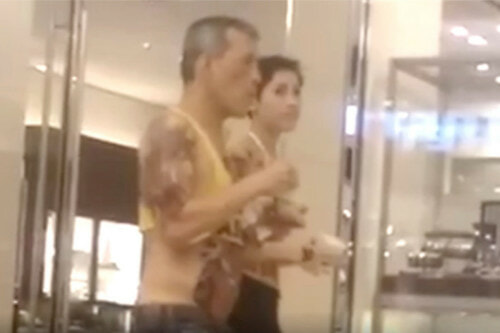 In the summer of 2016, Thailand’s King Maha Vajiralongkorn was seen wearing a yellow crop top in Munich, Germany. The 44-second clip was the inspiration for the protest’s unique dress-code, serving as a not-so-subtle-jab towards the king.

A total of 35 activists have been arrested and are currently facing charges under Thailand’s lèse-majesté laws, where it is illegal for individuals to defame, insult, or threaten the king, queen, and other members of the royal family in any way. Lèse-majesté law charges can carry up to 15 years in jail.

The protest was held in front of a fashion store selling clothing designs by one of King Maha Vajiralongkorn’s daughters. The protesters were supported by a few dozen supporters, while a group of royalists briefly shouted at them before they were removed by security guards. 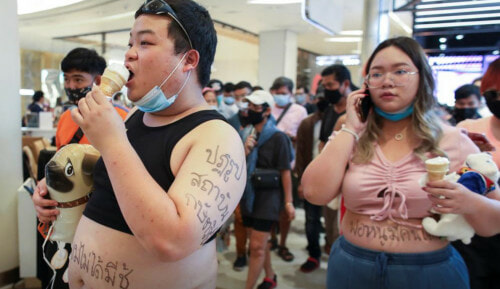 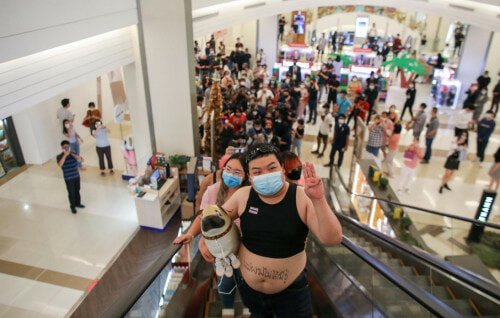 The United Nations human rights office urged Thailand to amend their lèse-majesté laws last Friday, to which the Thai government countered that these laws were similar to that of normal libel laws.

Also read: Thailand Is Now Open to 56 Countries for Travel to Revive Economy 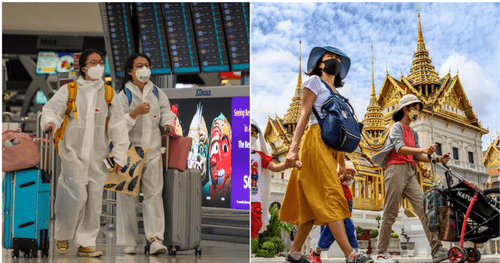