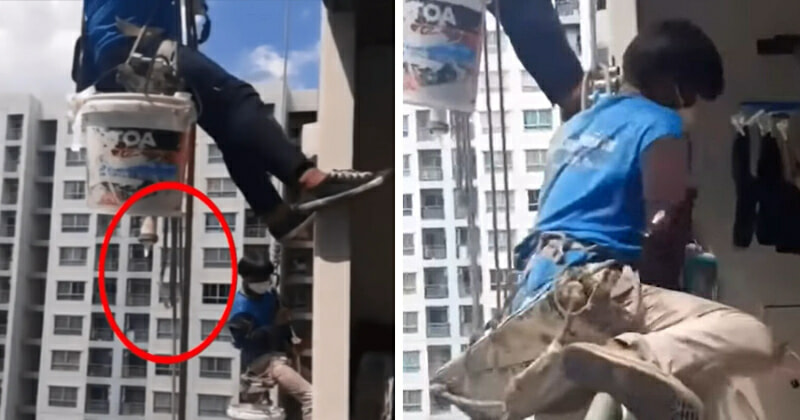 A 34-year-old resident of a high-rise building in Thailand is facing attempted murder and property destruction charges after she cut a support rope being used by two painters working outside her building after being frustrated that she didn’t see the building’s announcement that workers would do maintenance work on that day. The incident left the two workers hanging on for their lives on the 26th floor of the building before a couple rescued them.

As reported by AP/ABC, the chief of the Pak Kret police station in Central Thailand, Colonel Pongjak Preechakarunpong said that the woman is now under investigation for attempted murder and property destruction but did not comment on what prompted her to cut the rope. However, according to local Thai media, the woman was frustrated when the workers appeared outside her window because she had not seen the announcement on the maintenance being done on 12 October. 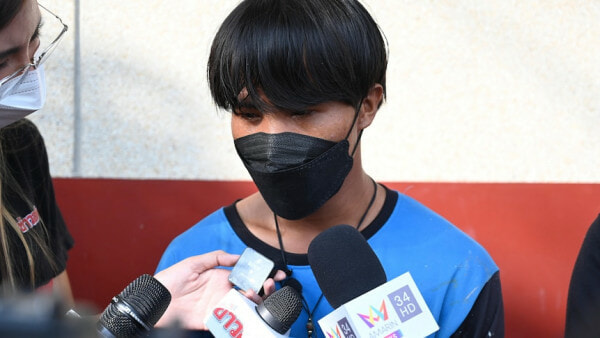 One of the high-rise workers, song talking to local thai media.

A video has since circulated in social media showing the two painters asking the residents on the 26th floor to open the window to let them in due to their support rope being cut by the woman.

One of the painters, a Myanmar national named Song told local media that he and his two friends had lowered themselves from the 32nd floor to repair a crack on the building. As he reached the 30th floor, he felt that the rope was heavier and when he looked down, someone on the 21st floor had opened a window and cut his rope. He then tried to asked for help from other units but nobody was in.

Thankfully, the third colleague continued to support them from the top floor up until they reached the 26th floor when a resident, Praphaiwan Setsing saved them.

Ms Praphaiwan, a Thai national said that her British husband noticed one painter signalling for help and called her to talk to them. She commented to local media that such incident is really shocking and should not happen at all. 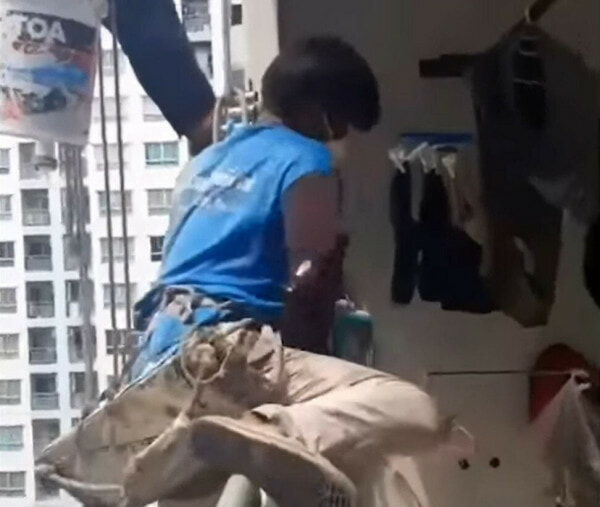 Following the incident, the building’s manager accompanied the painters to report the incident to the police.

A 34-year-old woman living on the 21st floor was then identified as the culprit and while she denied responsibility at first, the Thai police managed to send the severed rope for a fingerprint and DNA analysis and with CCTV footage and forensic evidence added to the investigation, the woman finally confessed to her action but denied any intention to kill the workers.

The woman has since been temporarily released, and the police would be filing an indictment at the provincial court within 15 days for action. The woman could face imprisonment up to 20 years if found guilty on a charge of attempted murder. 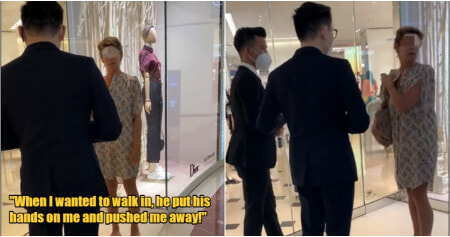