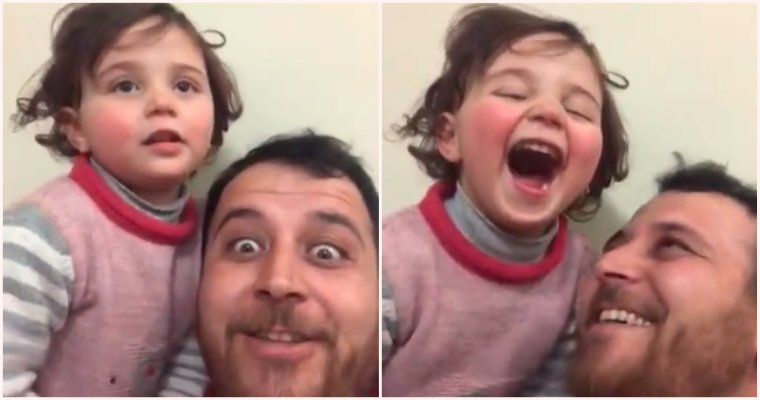 We truly take the simple things that we have in life for granted.

For instance, we have freedom, and we don’t live in a war-torn country.

Yet, those who unwillingly reside in the middle of battlefields seem to look at the brighter side of things more often than we do. A good example of this would be Abdullah and his 4-year-old daughter, Selva. As according to Ali Mustafa (@Ali_Mustafa), Abdullah didn’t want his daughter to be scared of the sound of bombs dropping in their city of Idlib, Syria, anymore. So, he created the laughing game, where they would laugh every time they heard a bomb explode.

what a sad world,

To distract 4-year old Selva, her father Abdullah has made up a game.

Each time a bomb drops in Idlib #Syria, they laugh, so she doesn’t get scared.

Ali wrote, “What a sad world. To distract 4-year-old Selva, her father Abdullah made up a game. Each time a bomb dropped in Idlib, Syria, they laugh so she doesn’t get scared.”

In the video, the adorable little girl can be seen interacting with her father when an explosion went off in the background. They both looked stunned for a quick second before bursting into laughter.

As adorable as the little girl’s laughter is, she shouldn’t have to live and grow up in a world where she laughs because of fear, fear that she could lose her home, her family and her life at any moment.

And yet, they both still keep such huge smiles on their faces, as they know that they have to cherish their time together because at any moment it can all be taken away from them. Can you imagine how scared Abdullah probably is, having to raise a little girl in such a war-torn country?

We genuinely hope the father-daughter duo, as well as the citizens of Syria remain safe throughout this long, difficult time and that one day, the fighting will end.

Ali Mustafa’s posting has since garnered over 5,300 retweets. 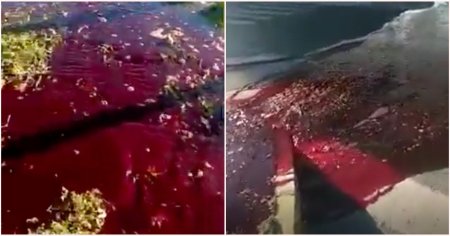