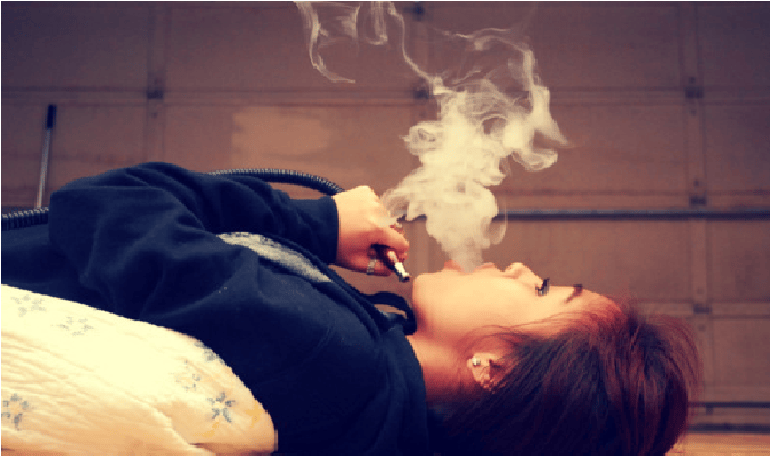 Shisha (or hookah, whatever you prefer to call it) is a pretty common pass time for Malaysians. Whether it’s at a cafe or the more common mamak, there’s bound to be a bong that sits beside the table, while people just blow out fumes of smoke.

Yeah, it can be pretty fun and a lot of people assumed it to be harmless compared to cigerattes because it’s not really smoke, but water vapour instead.

However, is that really the case?

There has been findings of a new meta-analysis that was published the latest journey “Public Health Reports” where a team of researchers from the University of Pittsburgh reviewed 542 scientific articles related to cigarettes and smoking shisha. They took these data from 17 of those articles to develop accurate and comparable estimates of the toxins humans inhale when they smoke.

Usually shisha sessions would last an average of 40-45 minutes. A shisha session that lasts this long compared to one cigarette actually gives shisha smokers:

This means that smoking shisha is much worse than a cigarette.

The lead author of the study, Brian A. Primack, M.D., Ph.D., explained:

“Our results show that hookah tobacco smoking poses real health concerns and that it should be monitored more closely than it is currently. For example, hookah smoking was not included in the 2015 Youth Risk Behavior Surveillance Survey System questionnaire, which assesses cigarette smoking, chewing tobacco, electronic cigarettes and many other forms of substance abuse.”

Dr. Primack also notes that the comparisons are as accurate as available, but not perfect.

“It’s not a perfect comparison because people smoke cigarettes and hookahs in very different ways. We had to conduct the analysis this way — comparing a single hookah session to a single cigarette — because that’s the way the underlying studies tend to report findings. So, the estimates we found cannot tell us exactly what is ‘worse.’ But what they do suggest is that hookah smokers are exposed to a lot more toxicants than they probably realize. After we have more fine-grained data about usage frequencies and patterns, we will be able to combine those data with these findings and get a better sense of relative overall toxicant load.”

So if you didn’t think shisha was toxic before, you may wanna think again!