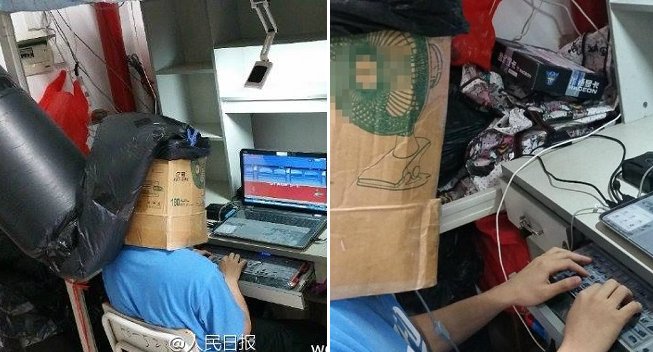 There is one very common issue that all non smokers face, and that is secondhand smoke.

Besides the health concerns, the choking air and having your whole outfit/hair smell like smoke is really unpleasant.

However, a young man sharing his college hostel room with smokers seem to have came up with a solution by himself and the best part is, it looks very home made! 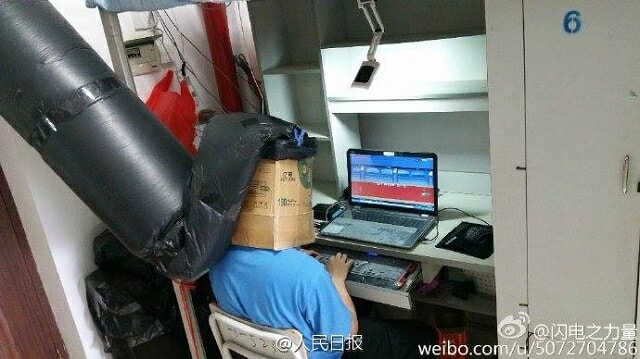 The simple device is made up of a small clip-on fan, a few plastic waste bags, and a cardboard box. 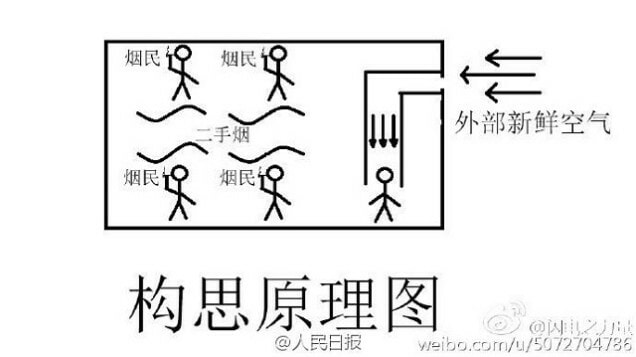 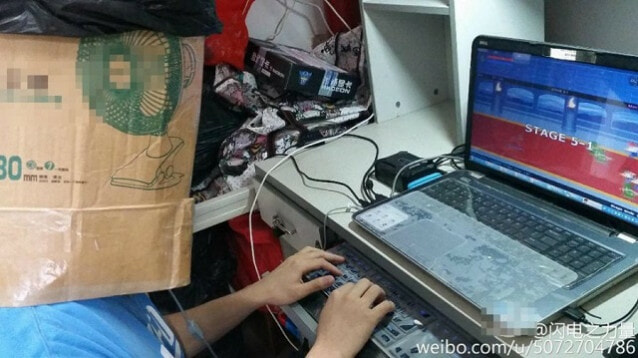 Looking closer, you see he has taped the waste bags together forming a pipe-like object, and connects one end to the cardboard box he wears over his head.

The other end of the makeshift hose, is then linked to the clip-on fan, located outside the room, away from the cigarette smoke coming from the room. 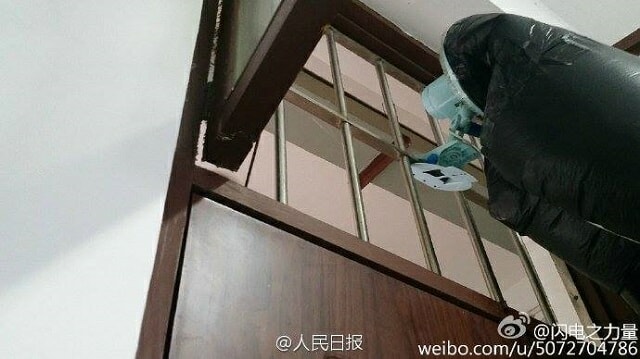 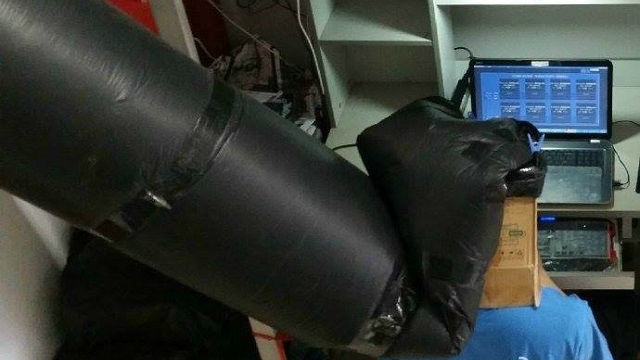 From the picture above, you will also notice Mr. inventor has wasted no extra charge needed for the device; the box he wears over his head is the box the clip-on fan was packed in.

Whilst his oxygen-box enables him to stay in his room hours on end either studying or playing computer games, the student admits that the mechanism doesn’t work as well during the winter.

It blows in the cold air, numbing his face.

Other than the small fallout, the device seems to be sufficient for the student, and good for some laughs. We approve this device and give this young man an A+ for creativity!