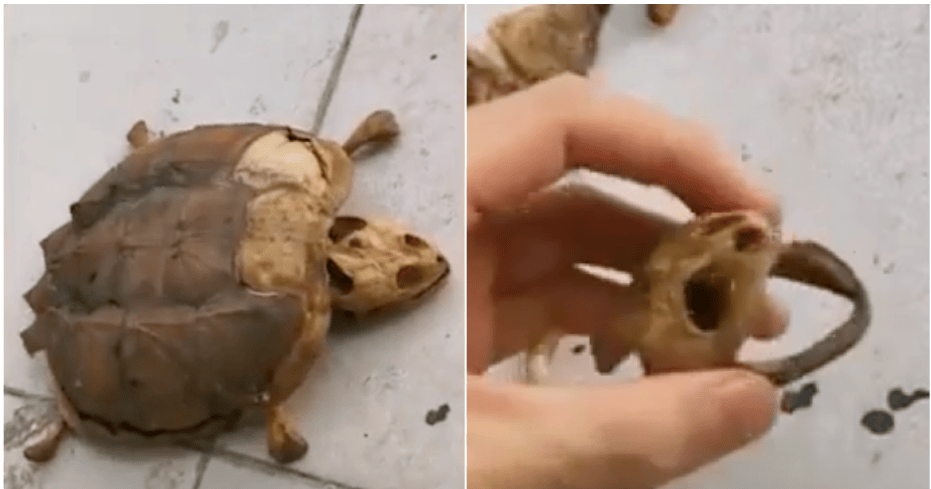 Remember when everyone was forced to stay at home because of the pandemic? Because of this, most of the stray animals that depend on food given by strangers have sadly died. It is sad to think that at that time, they were unaware of the reason behind the disappearance of the humans who often feed them.

Apart from strays, certain pets suffer too. We have witnessed an incident before in which the owner of the pet was stuck in Singapore and his dogs were left hungry at home. Fortunately for the dogs, a kind neighbour stepped up to feed them. But a tortoise in Wuhan was not so lucky. The poor little guy was found dead and only his skeletons remain. 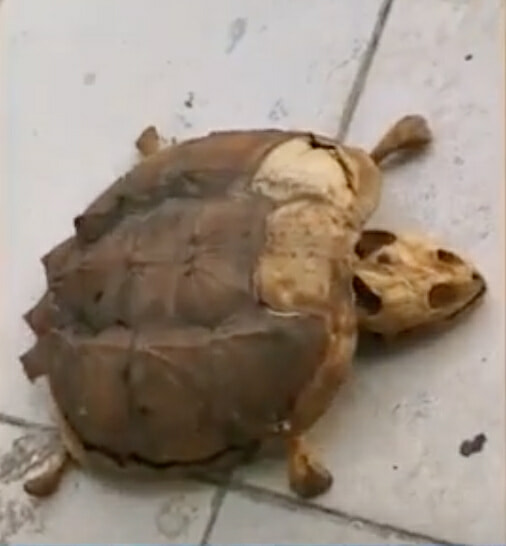 The tortoise belongs to a university student in Wuhan who initially left the city before the pandemic hit in January for his term break. The student left some food and water, enough to feed the pet tortoise for 40 days. However, unfortunately, Wuhan when into lockdown soon after and the student could only return to the city in August, about eight months after he left the poor little guy. 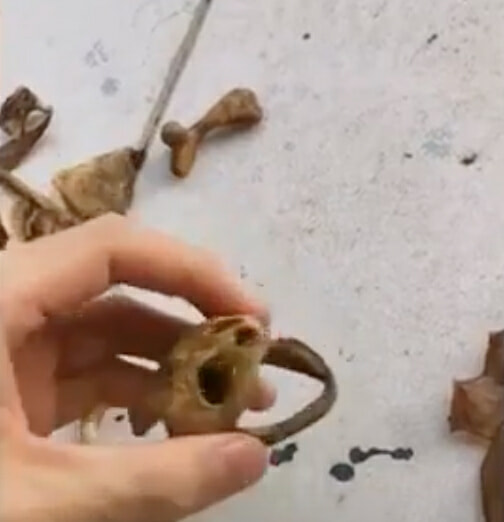 Watch the full video by a Chinese news channel here:

As reported by Mothership.sg, the tortoise was found dead at the balcony and only his skeleton was left. The student mentioned that he was mentally prepared about it as he knew there was no way his pet could survive that long alone. He will be putting the remains of his pet tortoise on his study table. 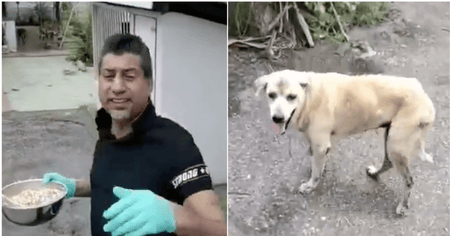