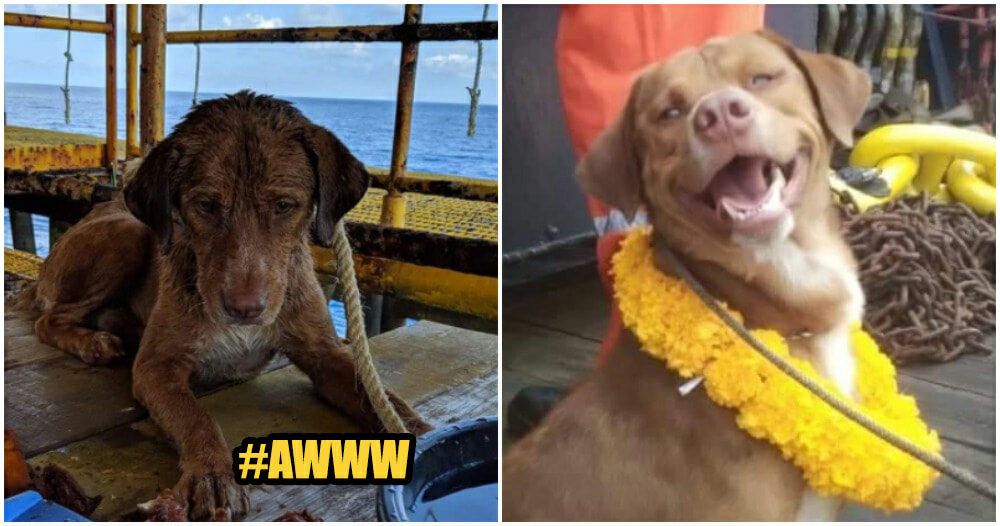 The love we humans have for animals is sometimes astounding. Even so, some people out there are hell-bent on destroying the habitat of these animals while others choose to torture their own beloved pets.

Thankfully, there are humans out there who restore our faith in humanity with their love for animals. One such group of people are those who risked their lives saving a poor dog stranded at sea.

Facebook user Ben Mr Red posted a series of pictures of a dog that was adrift in the middle of the ocean and was rescued by the offshore workers that were working on what seems to be an oil rig near Miri, Sarawak. 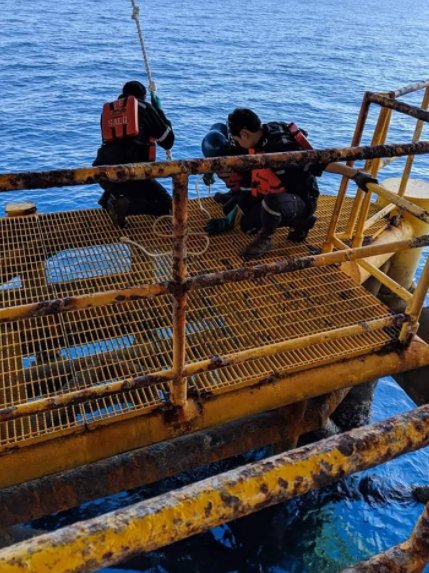 Thankfully, the dog was saved by the selfless workers who hoisted the poor boi out of the water. Understandably, he looked terrified there seemed to be no obvious physical injuries. 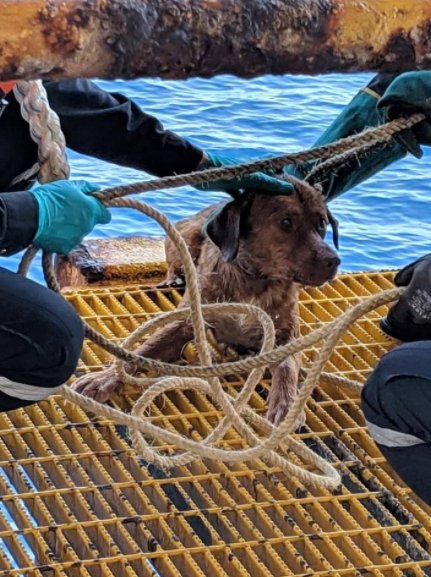 The workers kindness didn’t stop there, and they even proceeded to feed the dog and give him some water. 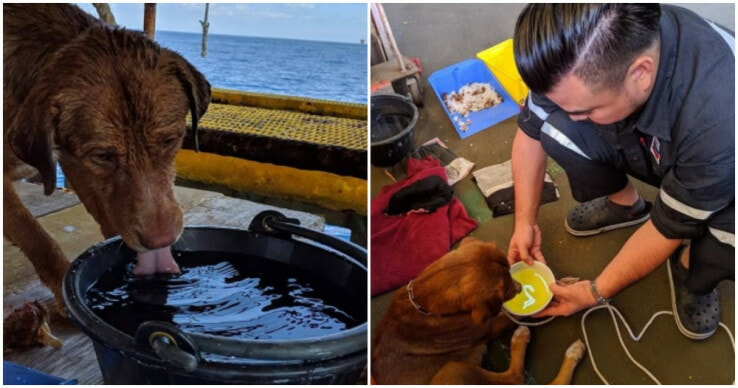 Not to worry everyone – the dog is currently healthy and extremely happy in care of the rig workers, as you can see in his latest pics! 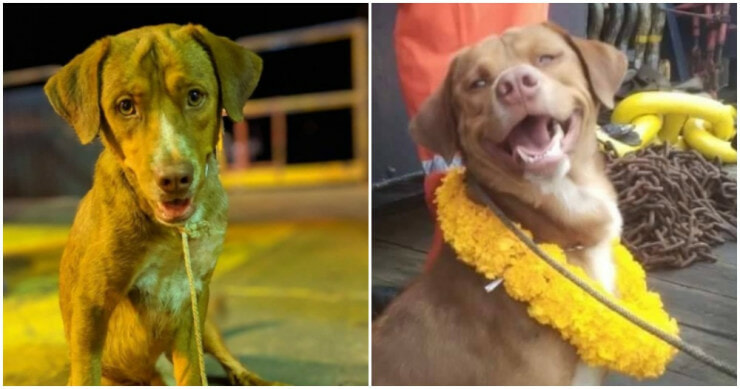 However, there’s still the impending question of how the dog suddenly came to be adrift in the middle of the ocean. There are some theories saying the dog accidentally fell off from his owner’s boat along with some wilder ones speculating that the dog was brought as a food source for Vietnamese fishermen. WHAT?!?!

Whatever it is, we’re glad the doggo is safe and sound. Not forgetting the brave workers who saved him and took care of him till he got better. You guys da best! 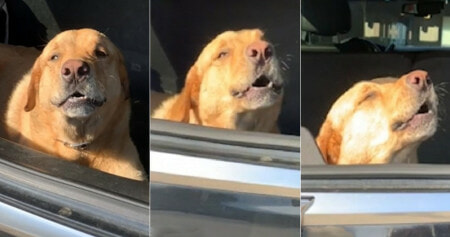