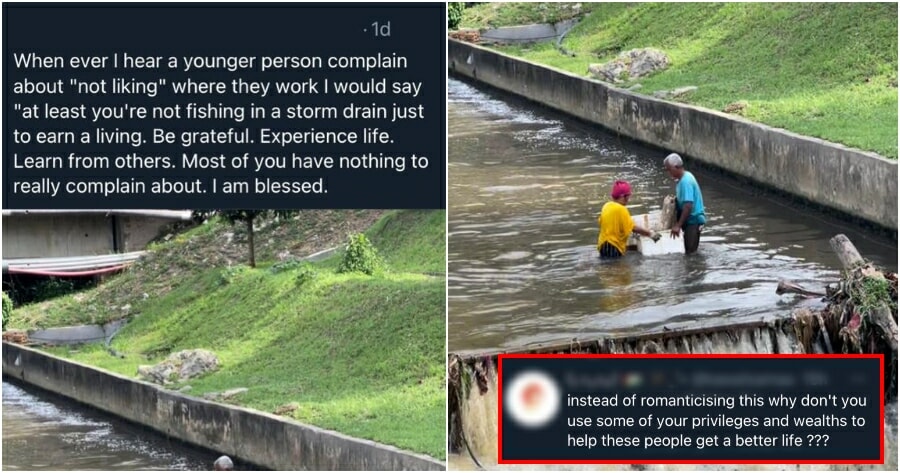 Poverty should never be romanticised, it should be fixed towards a better living for everyone.

Plenty of organisations and individuals have received backlash for things such as unnecessary censoring, as well as creating unrealistic PSA videos on fake MC’s. Malaysians have always been quick to react and express their views.

Recently, a local celebrity received instant backlash from Twitter users after posting an “inspirational“ tweet. The celebrity posted a picture of 2 elderly people fishing in a storm drain and advised the young generation to be grateful and to experience life more. 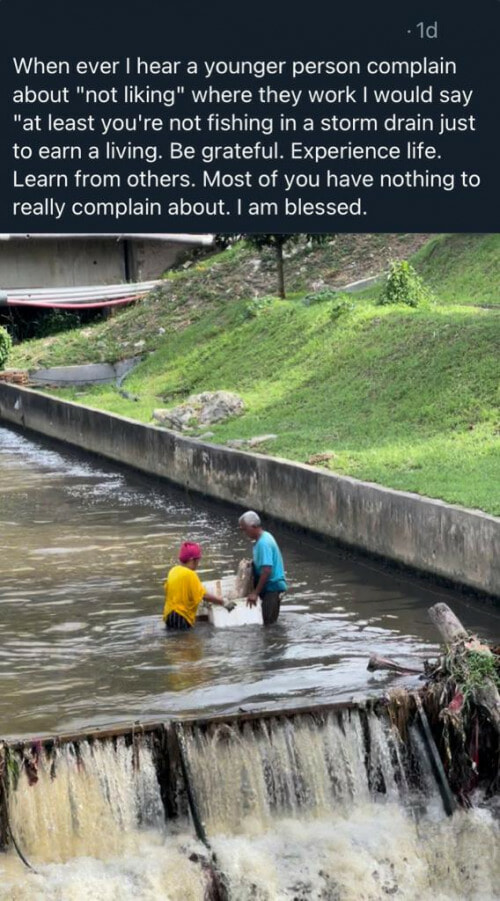 “Whenever I hear a younger person complain about not liking where they work, I would say, at least you’re not fishing in a storm drain. Learn from others. Most of you have nothing to really complain about.”

The celebrity had assumed that people would be inspired by the tweet, however, it actually took the wrong turn. Instead of applauding the celebrity for their wise words of wisdom, Twitter users were fuming in anger.

Users noted that the tweet was romanticising poverty and urged people to stop turning people’s hardship into “motivation“.

“There’s a huge difference between being ungrateful and demanding what they’re worth for. Just stop romanticising working below minimum wage.”

Another user suggested that instead of romanticising people’s hardship, the celebrity should use the wealth that they have to help the people in need. 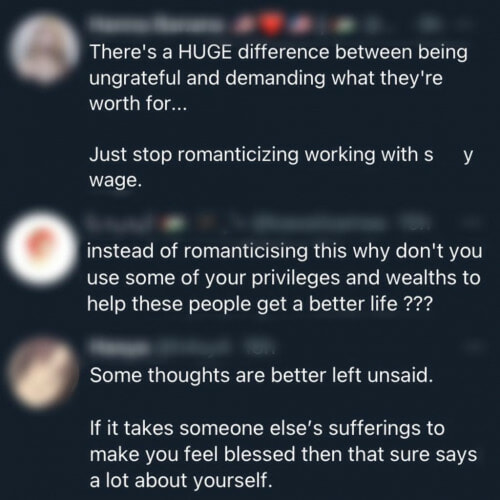 The debate between boomers and the young generation was also pulled into the argument.

“Why do boomers always assume that young people are ungrateful?”

A Twitter user told the celebrity to stop using poverty to speak about gratefulness. “Poverty isn’t something you use to guilt trip anybody. Let young people rant about whatever they want,” said the user. 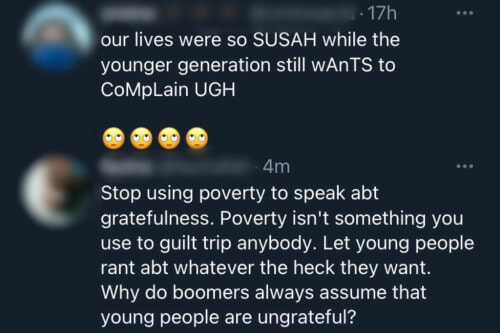 Some pointed out that the tweet itself is a huge red flag, especially when someone points out someone else’s misery and makes it about themselves. 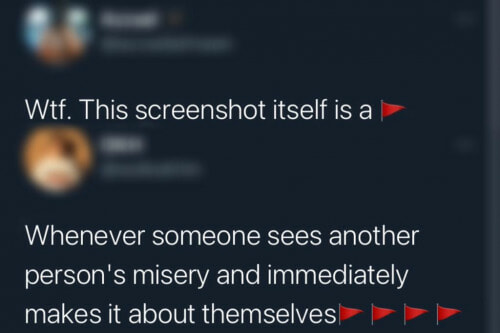 Meanwhile, another group of users highlighted that venting actually helps people to release stress and that work life should be more balanced.

“It’s healthy. I like young people. I’m continuously impressed with the way they can handle life and everything they get.”

“Keep on complaining!” said one user. 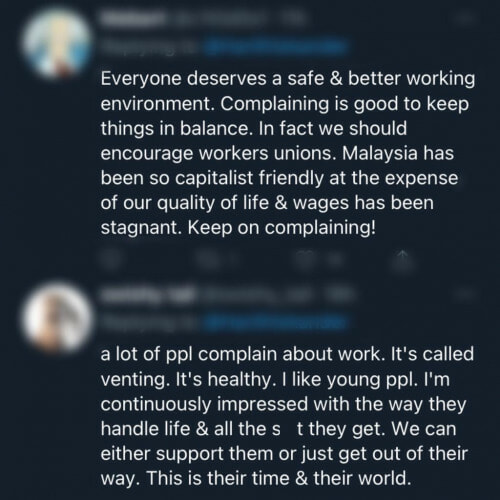 Do you think that the tweet is inspirational? Or does it romanticise poverty? Let us know in the comment section down below.

Also read: “Need to protect their identity is it?” – Local Media Receives Backlash For Censoring Faces of Pigs 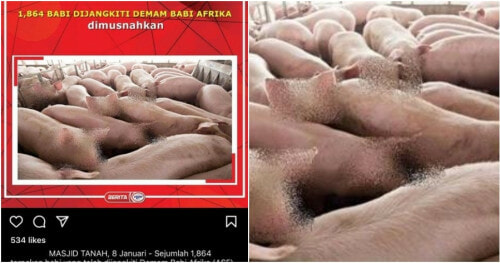