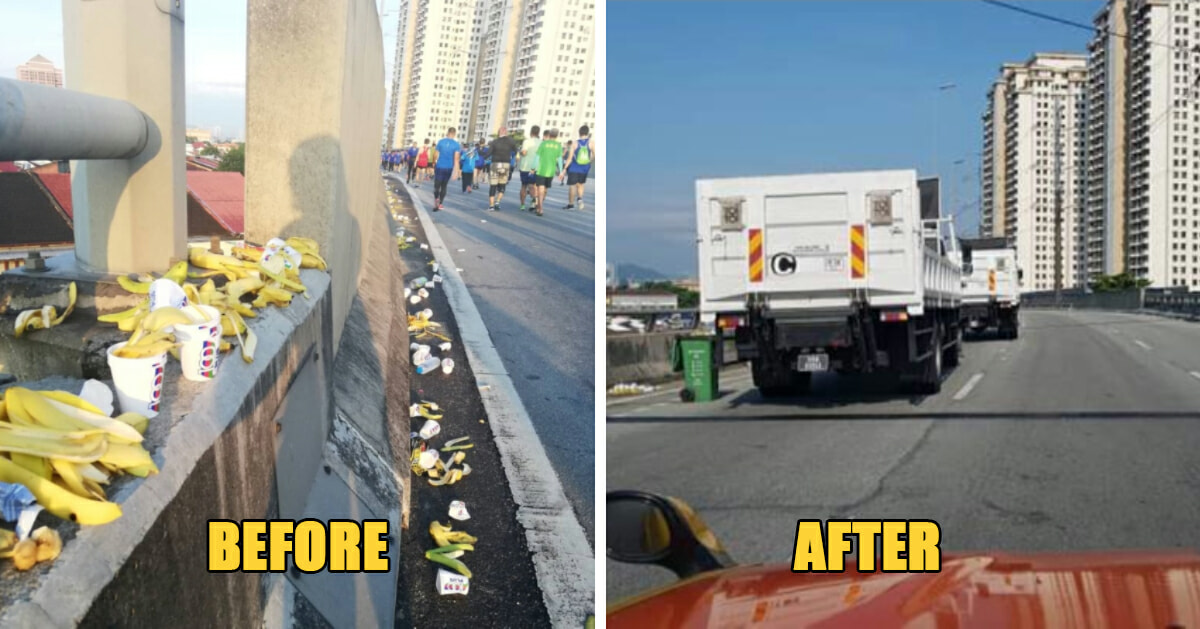 The annual Standard Chartered Marathon took place in the wee hours today (29 September), and many runners anticipate this particular run every year as this is one of the most significant running events in Malaysia.

We’re used to seeing photos of runners posing with their well-deserved medals, but we (non-runners) don’t usually get to see what it’s really like there.

A Facebook user, Chelsea, uploaded a photo this afternoon, showing a portion of the marathon track completely trashed with banana peels and used paper cups. 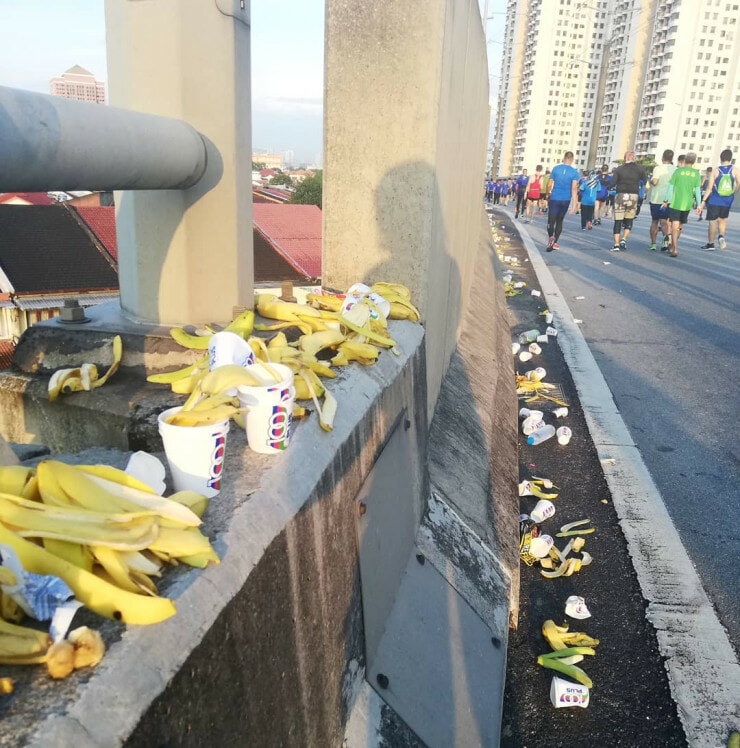 This photo was taken at DUKE highway, where runners could be seen along with the waste gathered by the roadside.

“The runners have so much persistence to finish a marathon, but they can’t even dispose of the garbage properly”, she wrote exasperated. She also mentioned that we shouldn’t just envy our neighbouring country’s cleanliness (ahem Singapore) when we fail to do the bare minimum in our own country.

While many condemned the littering, several people defended that the trash should be cleaned up by the organiser after the event, implying that the runners were doing nothing wrong.

“The organiser does hire cleaning services for the marathon track. It’s impossible to look for garbage bins while they’re running. They shouldn’t have to hold onto their garbage while they run, it’s the organiser’s responsibility.” 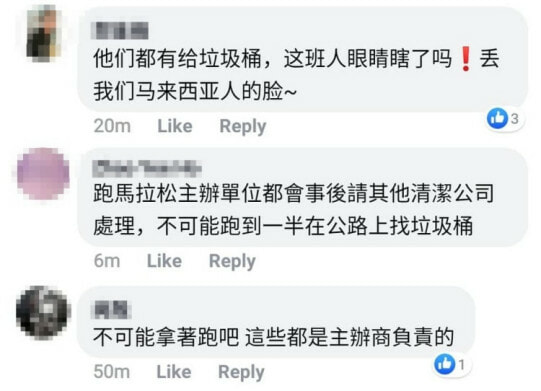 One commenter suggested that the bins provided were not enough, causing the runners to dump their trash onto the roadside because they didn’t want to hold onto their banana peels. 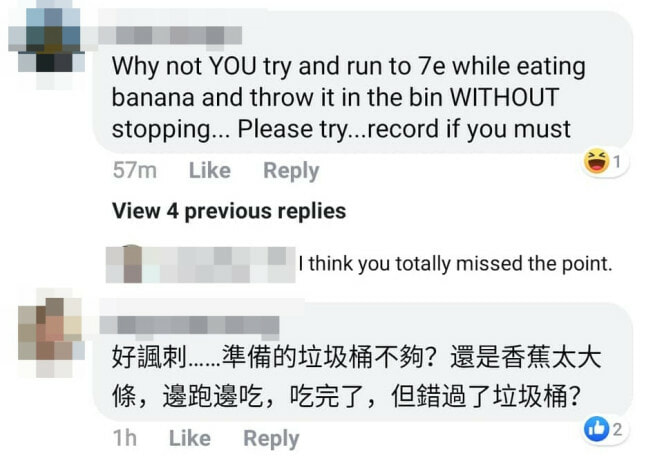 However, what really happened is that the organisers of the marathon had already planned beforehand for inevitable littering given that some runners see the event as a race and are therefore trying to move as quickly as possible. Sometimes, this means there will be litter, which the organisers cleaned up following the conclusion of marathon so that the road could be reopened to public use once again at 11am.

In fact, there were 164 cleaning personnel throughout the route, as well as a total of 10 lorries to carry away all the wastage from the marathon. By 10.30am, the highway was completely cleaned with a final check taking place at 10.45am before the road was reopened. WORLD OF BUZZ received confirmation from the organiser that the site pictured has been thoroughly cleaned, as seen in the picture above.

The original photo that had gone viral actually showed a section of the road that was particularly busy it was where the half and full marathon routes converged, bringing together 24,000 runners at a drink station providing isotonic drinks and bananas.

Whew, we’re glad that’s cleared up. Kudos to the organisers for making sure the road was thoroughly cleaned before being opened to public use.