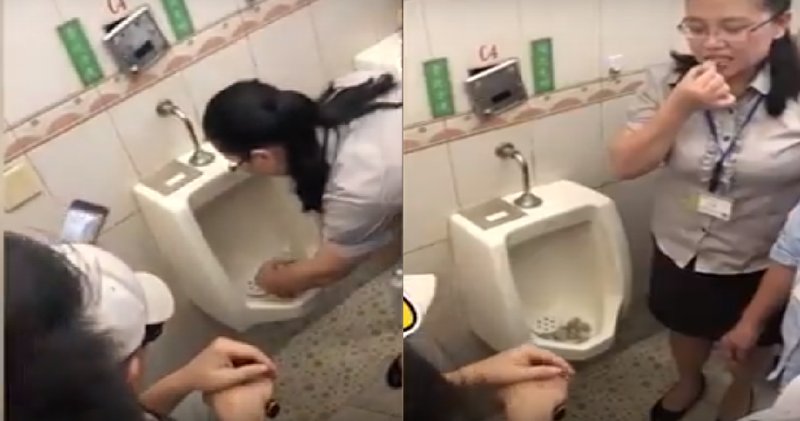 China isn’t exactly known for its hygiene, let alone the cleanliness of its toilets, but one company decided to change that perception with a rather questionable method.

How, you ask? Well, by actually eating off their company urinals.

Did you just make this face? Because we just made this face.

Workers at Tenfu Group, a firm in Zhangpu county, Fujian province which specializes in tea products, asked their workers to eat mochi that was placed in a urinal at the office, by their own manager, MailOnline reports.

You can watch them in action in the video below:

The video shows the manager placing the mochi on the urinal and moving it about a couple of times, before consuming it. She even adds some condiments to the mix, before the other employees join in.

The video then shows the other employees accompanying their manager. They are seen picking up the dessert and eating them confidently. The staff also set up a dining table inside the toilet and shared a meal together.

Hmm, I thought you’re not supposed to eat and sh*t in the same place? 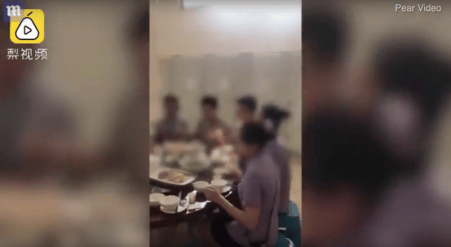 Apparently, this radical demonstration is part of the training programme for supervisors. A tad bit radical, but according to the manager, they’ve been practising this for the past 25 years.

That’s 25 years of eating off the urinal. Just let that sink in…

However, the company’s janitor seems to vouch for the activity, saying that “the urinal is so clean you can eat from it”. She also added that she often cleans the toilets so thoroughly that it doesn’t smell. She claims that it’s so clean that if you were to drop food into it, you could still eat it. Uhm, nope nope nope.

Well, to each their own but we here at WOB are not exactly convinced, and we wouldn’t want to test the theory either, let alone bring food with us into the toilet.

Plus, that’s really taking the phrase “so clean you can eat off the floor” to new heights! 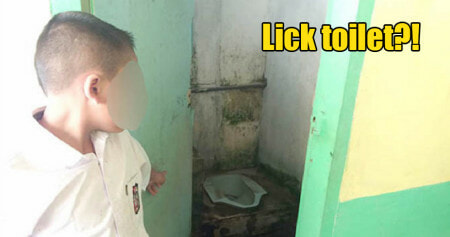