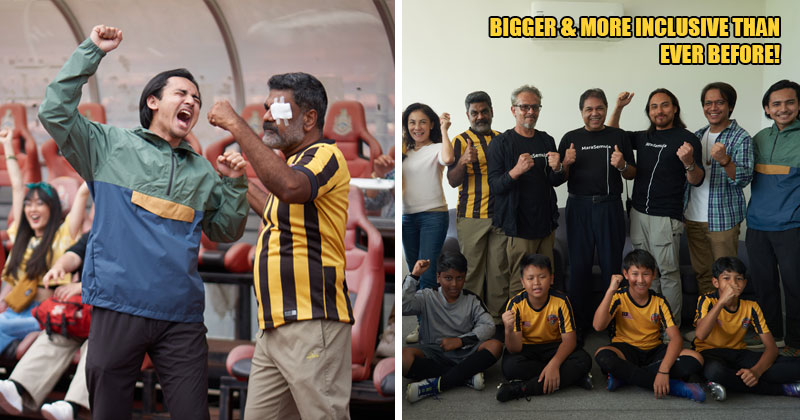 It’s pretty much the norm in Malaysia that every cultural festival konfem got heartwarming advertisements and short films to celebrate the occasion. However, PETRONAS has been taking a fresh and original approach to the format since early this year, opting for a seven-episode webfilm drama series titled ‘366’ that releases an episode for every significant festival. What a twist!

“‘366’ carries a single story with the theme of Live Again (Mara Semula),” said Joseph Edwin, Head of Communications Management Department at PETRONAS. “It brings together multi-cultural characters who are involved in each others’ lives, with their stories interwoven with one another, just like the tapestry of our Malaysian society.”

We recently got an exclusive meet-and-greet with the cast and crew of ‘366’ at Stadium Cheras, and even got a behind-the-scenes glimpse of their upcoming Hari Merdeka episode, ‘Hari Ke-243 (Day 243)’!

An episode for ALL Malaysians 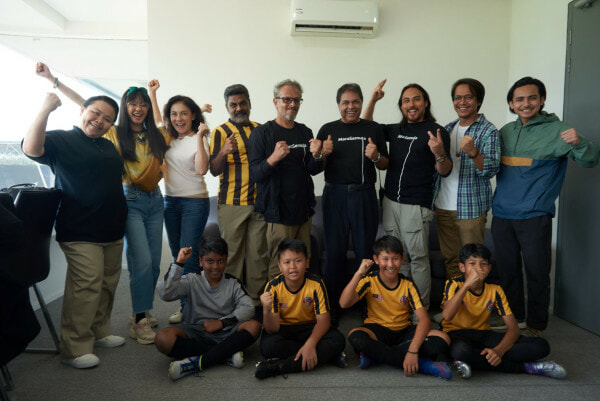 While the last four episodes centred around specific festivals like CNY, Hari Raya, Kaamatan and Hari Gawai, the upcoming ‘366’ Episode 5 ups the ante by celebrating our tanah air’s independence and multi-racial harmony, which every single one of us can relate to.

“Merdeka is really special for PETRONAS and the crew, because it’s for ALL Malaysians,” producer Jehan Miskin said, which is why this episode will be bigger in scale than the previous chapters! “We have a cast and crew of 150 people involved in today’s shoot, with TWO full football teams on the field, referees and even linesmen.” 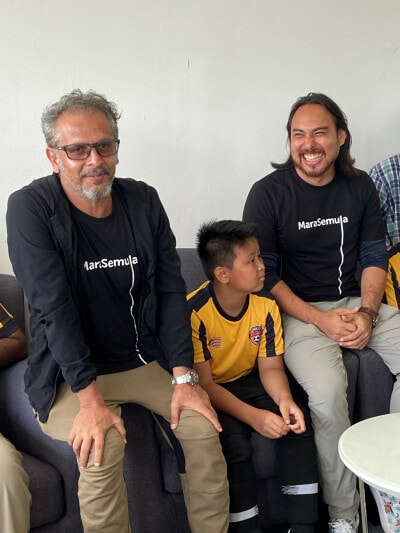 According to Joseph, this episode will be about a struggling football team that’s plagued by fear and limiting beliefs. “We get to watch how the characters come together to overcome the odds, which is something we hope Malaysians at large will be able to believe in – as it reflects the dynamics and harmony of Malaysian society, something which we hold close to our hearts.”

This marks the first time that football will be featured kaw-kaw in ‘366’s Hari Merdeka, and it’s 100% intentional. “Sports, not just football, is one of the strongest unifying forces in Malaysia,” Jehan explained, not to mention that it’s thematically parallel with the togetherness of Merdeka. That’s pretty deep ah!

Persevering through life’s obstacles, together

On top of that, these footballers aren’t just paid actors – they’re actually kids! More specifically, these “young, precocious people” are aspiring professional footballers in training who are acting on screen for the very first time. “Kids have a certain innocence and purity to them, which is why (they embody the concepts of) racial harmony, togetherness and brotherhood unconditionally.” 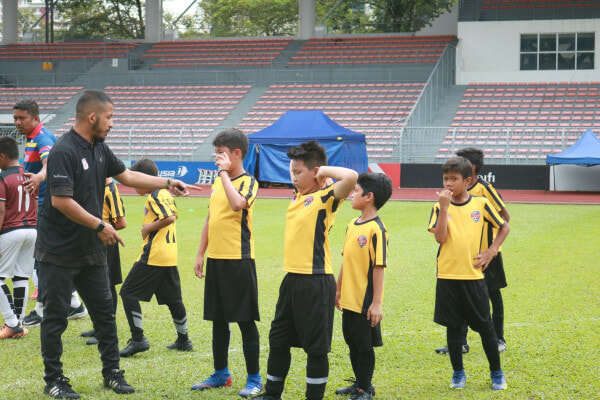 Furthermore, Jehan added that these children are hinted to be orphans, so they’re no strangers to life’s most challenging struggles. So, not only have they been getting guidance from their father figure/football coach, Vikram (played by Maheshwaran Manikam, taking centre stage in Episode 5), but football is also the kids’ way of overcoming insurmountable odds as a team.

Vikram (played by Maheshwaran Manikam) made his first appearance as the bus driver in ‘366’ Episode 1. 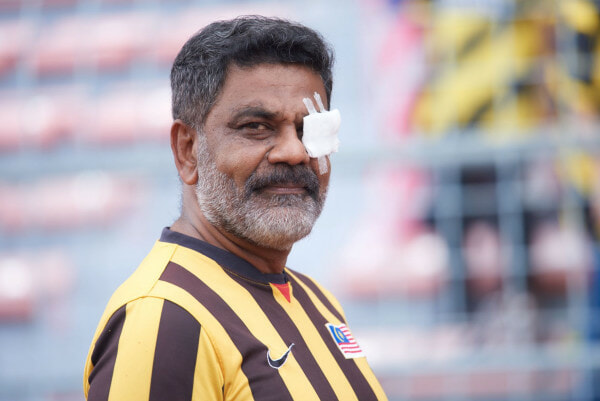 Why Vikram’s eye now like that? 🤔 Watch the ‘366”s upcoming Merdeka episode to find out! 🤩

After all, if there’s one thing that ties us all together, it is that we all have our own personal struggles. “The core of ‘366’ is the bus accident from Episode 1. It’s the idea that something so tragic and destructive brought these strangers (the ensemble of ‘366’) together and give rise to something beautiful, which is the essence of the show.” Knowing that we’re never alone helps A LOT in handling life’s hardships.

We’re all in this together this Merdeka! 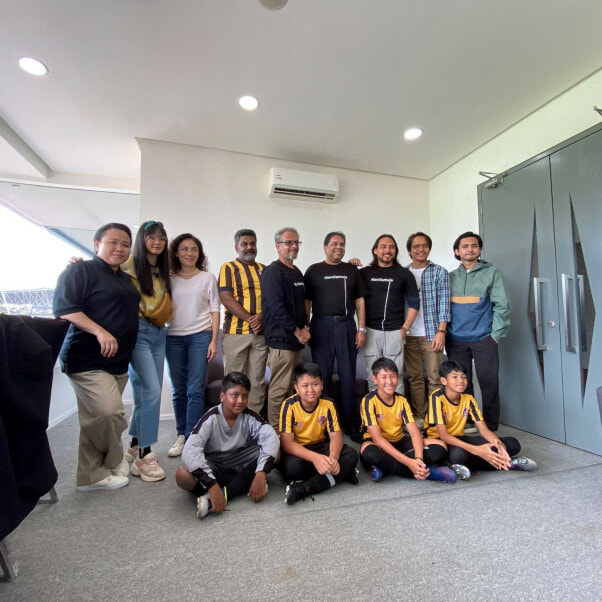 ‘366’ has proven to be one of the most ambitious projects by PETRONAS and the ‘366’ crew. What started out as a crazy-but-awesome idea by PETRONAS has become a full-fledged webseries, all thanks to Kabir, Jehan, the entire cast and crew and, of course, PETRONAS’ support. It’s a good thing that their hard work has been paying off, with the series garnering over 40 million views on PETRONAS’ YouTube and social media pages! 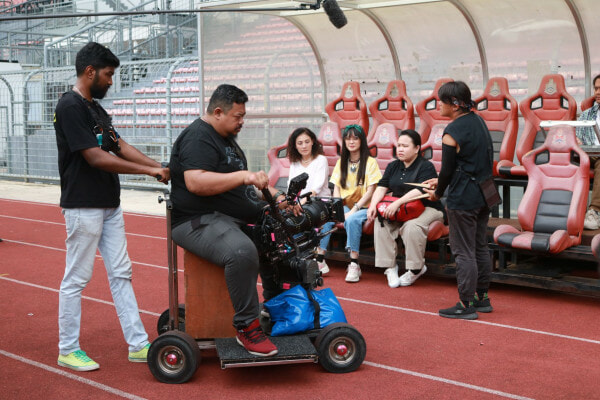 “We don’t have any reference for ‘366’s format, it’s uncharted territory! And who better to explore the unknown than this guy?” Jehan jokingly but sincerely gestured towards Kabir before continuing, “Kabir is, of course, the visionary, but for something as big as this, it’s important to have a highly-skilled crew that will deliver the quality that PETRONAS short films are known for. Fortunately, we’ve got the best cast and crew that we could ask for!”

We can’t wait to find out how the story continues in ‘366’s ‘Hari Ke-243 (Day 243)’ episode already! Plus, we got word that two Malaysian football legends will be making an appearance too??? Must watch lah if this is the case!

Stay tuned to PETRONAS’ official YouTube channel and Facebook page to find out when the next chapter will be released! And if you haven’t watched this cinematic gem yet, we recommend catching up with the latest episode here!