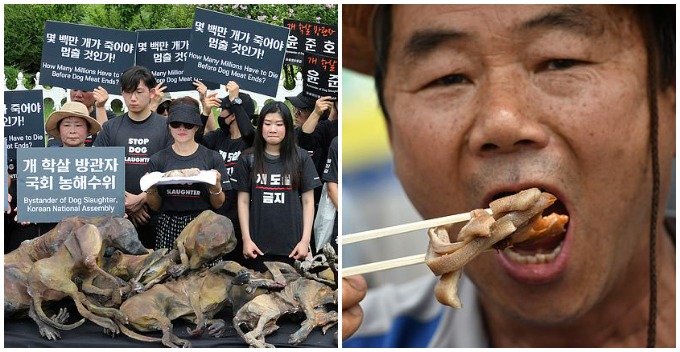 If you’re a dog lover, you might want to brace yourself as the content may get a little hard for some to stomach.

According to the Daily Mail, a ‘dog meat day’ protest was held outside of National Assembly, Seoul as a sign of opposition against dog meat consumption. The organizers, Coexistence of Animal Rights on Earth, picked Friday for their protest as 12th July was considered to be one of the three hottest days of the year according to the traditional Korean calendar.

It was believed by Koreans that eating dog meat, as well as chicken soup, is best specifically eaten on this day as it may help to withstand the heat. 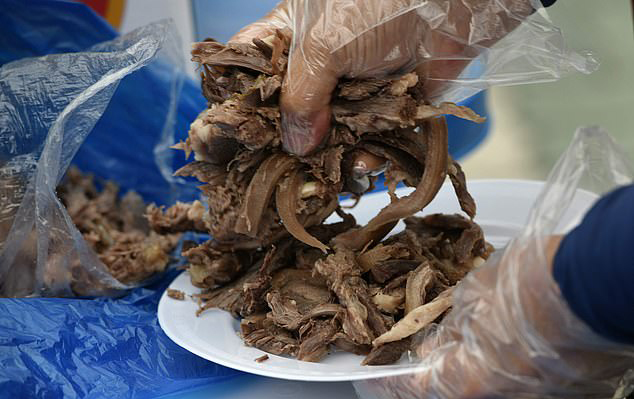 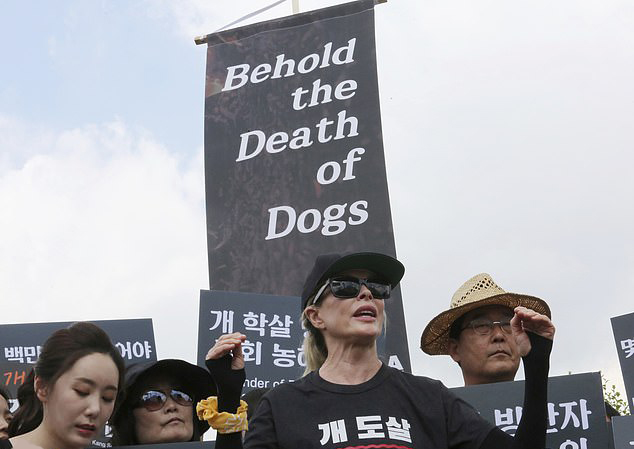 “They do not need your tears, they need your help,” said Basinger.

“We have to end this cruelty on this planet. We have to help anything suffering. It is tradition, but it is against the rights of animals.”

While the killing of dogs is illegal, it is not illegal to consume dog meat and this legal grey area is readily exploited by 20 or so dog farmers.

Dog farmers were seen wearing red bandannas emblazoned with “Fight. Unity” in Korean, and appeared to be taunting activists by eating dog meat outside of the building. 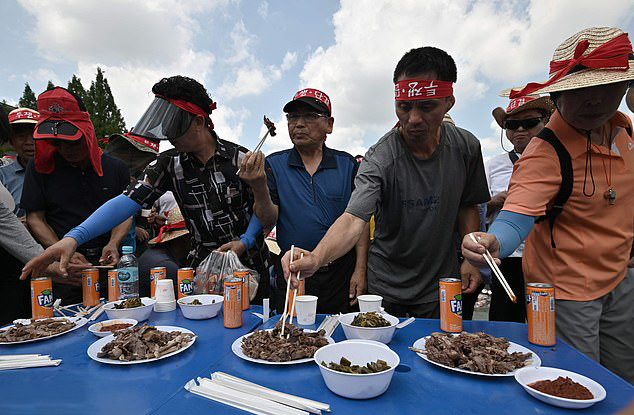 Dog meat is typically served in ‘bosintang’, or dog meat soup, which some South Koreans believe gives them the strength to overcome the heat and also enhances sexual stamina.

The protesters held placards that read, “How Many Millions Have To Die Before Dog Meat Ends?” and even displayed mock dead dogs on their table. 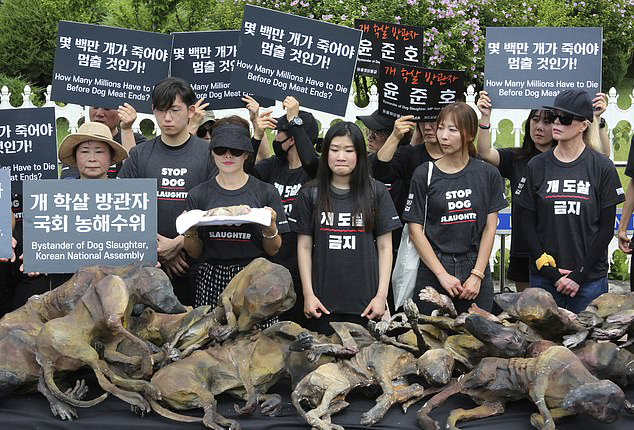 The Daily Mail stated that around one million dogs are eaten annually, but consumption has declined from approximately two million. There are still an estimated 17,000 dog farms operating in South Korea, and despite the ban, heavy lobbying is still underway to license dog slaughterhouses.

According to a survey by Realmeter last year, 44.2% of Koreans said that they would support banning the killing of dogs for consumption. However, 43.7% said that they were against it. 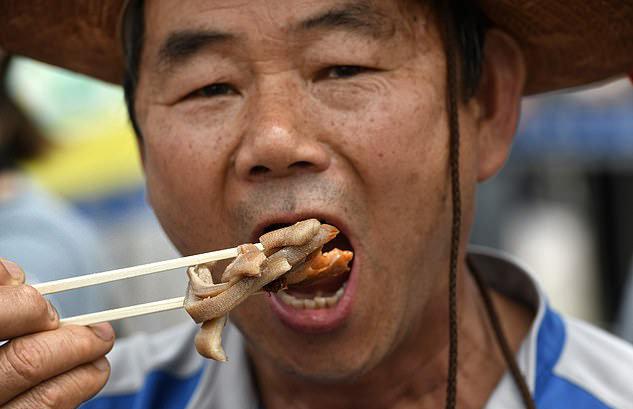 Boiled dog meat has long been considered a part of South Korea cuisine but in recent years, it has become increasingly a taboo among the younger generations.

To dog and furry animal lovers out there, just make sure you know what kind of meat you’re eating when you’re on a trip to South Korea. 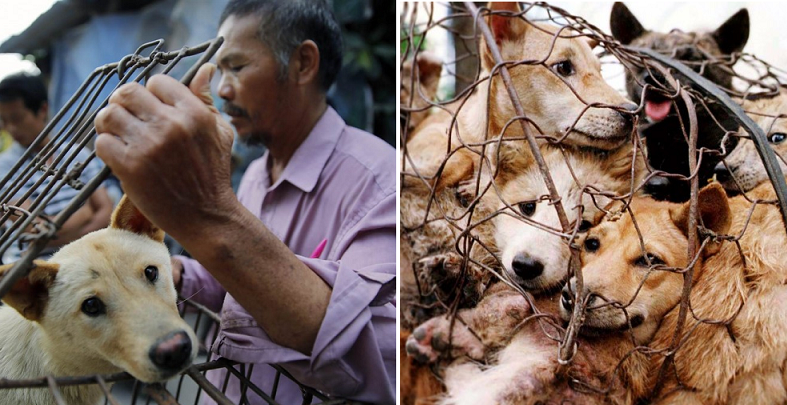