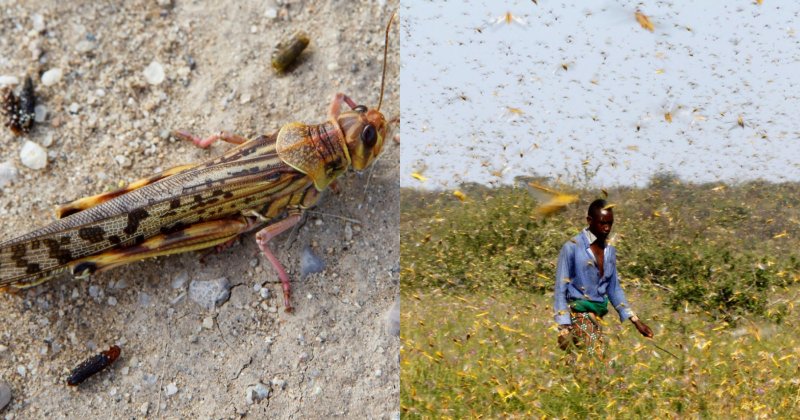 According to the Business Insider, billions of desert locusts are currently attacking East Africa, posing a real threat to food insecurity in Somalia, Ethiopia and Kenya.

Plunging Somalia into a state of national emergency, it seems like February 2020 is no better in terms of the turmoil engulfing the globe in January.

The swarm of locusts is believed to be the most destructive of all locust species, identified for their ability of speedy growth and enormous appetites. 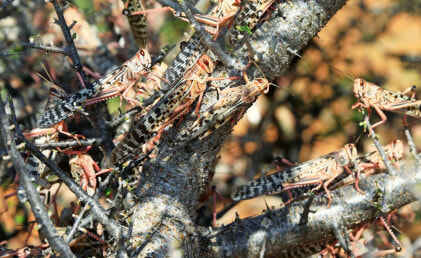 Just to see how devastating the impact of these locusts can be, a swarm containing 200 billion locusts was recorded in Kenya engulfed as much food as 84 million can eat in a day!

Each locust in a swarm can eat its own weight of food per day, with a small swarm able to eat around the same amount as 10 elephants, or 2,500 people.

With reports suggesting that the insects could eventually spread across Southwest Asia and the Middle East, here are some pictures to give you an idea of how dire the situation could be in the near future. 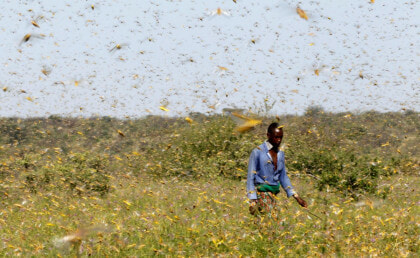 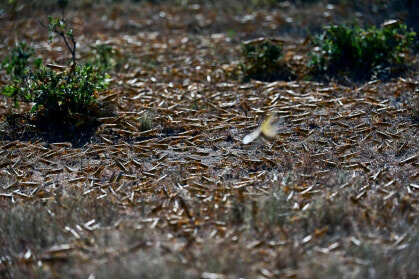 The insects have destroyed significant acres of crops in East Africa thus far. In response, the UN is now calling for international help, fearing that the number could grow 500 times by June and extend its reach to 30 different countries.

According to Senior Locust Forecasting Officer, Keith Cressman, “The current control operations that are underway are not enough, simply because there is an insufficient amount of financial resources.”

“The UN fears that if they don’t receive the proper funding as quickly as possible, millions of people will be threatened with food insecurity.” 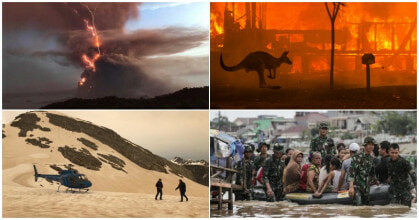